Sikinos is one of the smaller Cycladic islands. This does not however lessen the interest of the island, nor its unique charm. It is in the southern part of the archipelago between los and Folegandros. It has an area of 41 square kilometres and a population of some 300 inhabitants. The island is long and narrow. The southeast section is flat, while in the northwest there is a precipice which rises some 300 metres above the sea. Its highest mountain is Troulos (552 metres) which is located in the centre of the island. The land on Sikinos is stony although one section of it is covered in olive trees, from which comes the island's exceptional olive oil. Another of the island's excellent products is thyme honey.
The most important hamlets on Sikinos are Horio and Kastro, which are only a few hundred metres apart. A large number of the houses in both hamlets are uninhabited today as a result of the continuous population decline. Indeed, in the last few years the residents have been living in Kastro, having abandoned Horio. They are both very pretty villages with whitewashed stone houses and narrow picturesque little roads. There is little greenery here and water is drawn from cisterns and from a small aqueduct.
A 3.5- kilometre road connects the two main settlements of the island with the bay of Ano Pronias, also known as Alopronia, where in the past few decades a summer resort has developed. The island's harbour is here, and a pier has been built for boats as well as a small jetty for fishing boats. Nearby beaches are Ayios Georgios, Dialiskari, Ayios Pantelimon, and the unique Mavri Spilia (Black Cave).
Kastro is famed for its authentic Cycladic-style architecture and the church of Pantanassa, which is the metropolis of the island. To the northwest of Kastro is the picturesque church of Ayios Vasilios and the Ayioi Anaryiroi. The monastery of Chrisopiyi is one of the sites most worth seeing. It resembles a fortress and was used as a refuge by the residents against pirate raids. This monastery was built in 1690 and celebrates its feast day on the first Friday after Orthodox Easter. In the middle of the monastery precinct is the church of Zoodohos Piyis ("Fount of Life"). Southwest of Hora is Episkopi, an area of archaeological interest in which there is a rectangular church with two marble Done columns to the left and right of the entrance. The prevailing view is that this was the site of the ancient temple of Pythian Apollo which was then converted into a church during the Christian period.
This text is cited Feb 2003 from the Development Association 21th Geographical Unit URL below, which contains images. 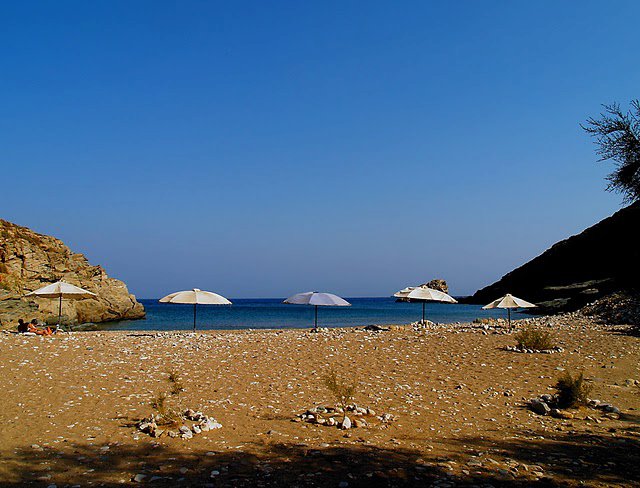 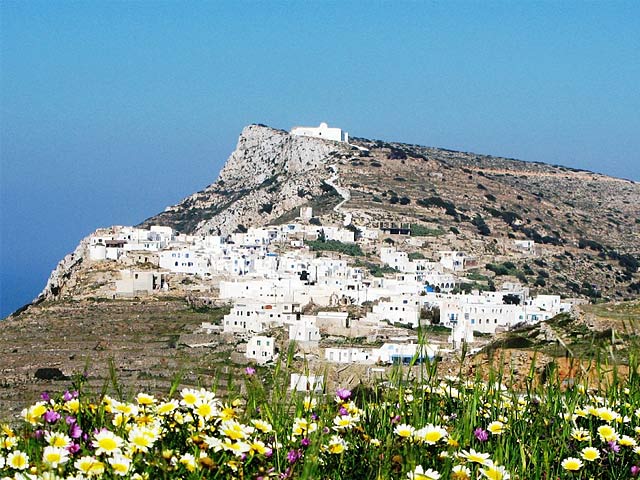 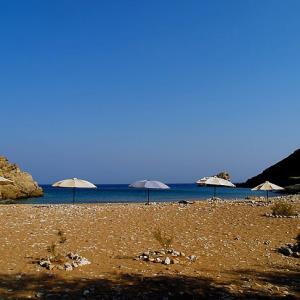