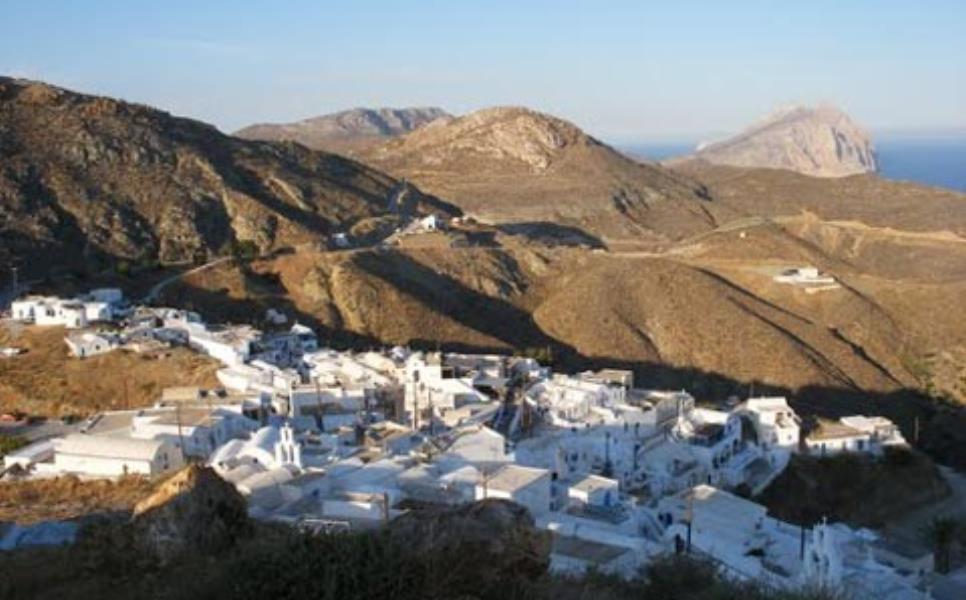 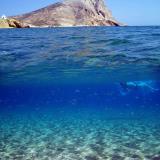 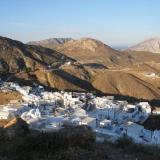 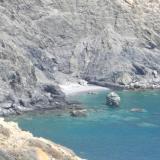 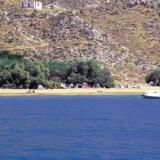 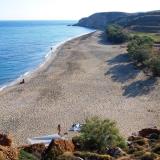 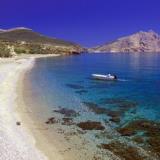 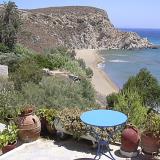 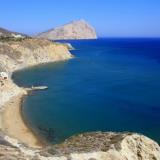 Anafi is the at the southern side of the Assosciation, at the eastern side of Santorini.
At the southern side of Anafi is located the small island called 'Anafopoula', both visible from the eastern side of Santorini.
Anafi is one of the most beautiful islands in the Cyclades as it has managed to keep its natural beauty untouched. Golden sandy beaches, a dry climate and deep green waters make the island unique for all those who desire a tranquil holiday in a clean natural environment, following a simple way of life near the hospitable local people.
Although it is a small island, it has a rich history and mythology. It was first settled in the eighth century B.C. by Dorians. After A.D. 1207 it devolved to a succession of Frankish families, such as the Foscoli, the Gozzadini, the Crispi and the Posani. In 1537 the island was pillaged by Khayr ed-Din, the pirate also known as Barbarossa.
There are two stories to explain the origin of its name: One is related to the myth of the Argonauts, according to which the Argonauts became endangered by a terrible storm as they were returning from their expedition. Suddenly the island appeared before them, and for this reason it was called Anafi ('appeared'). The other version is related to the lack of snakes on ('An-Ofis'= 'without snakes').
This text is cited Apr 2003 from the Development Association 21th Geographical Unit URL below, which contains image.