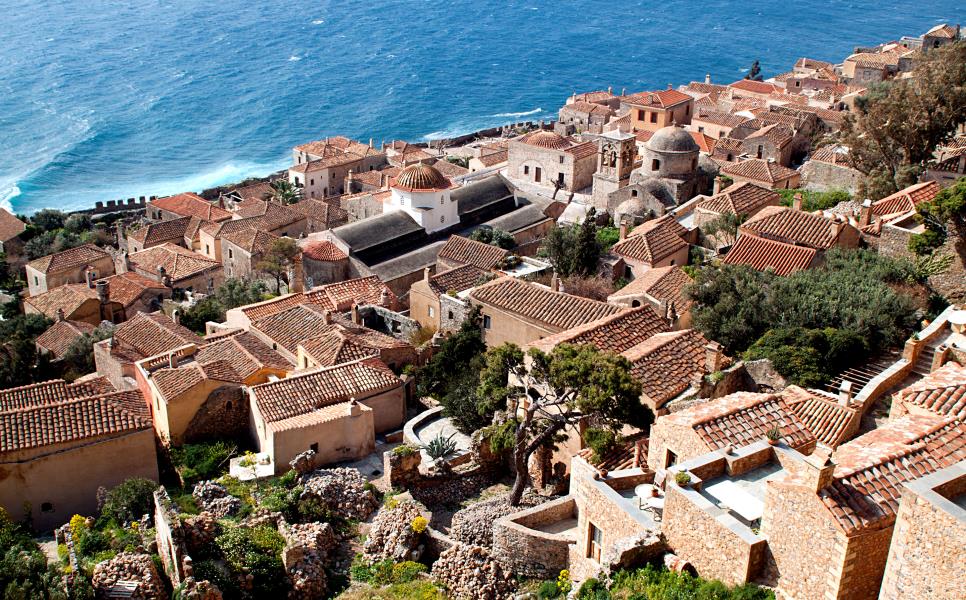 Monemvassia is the quintessential citadel and almost resembles the setting of a period film: the immensely photogenic rock is home to an abandoned upper town that intimates a glorious past and an enchanting lower town of cobblestone pathways and gorgeously renovated stone buildings. The transition from the coast of Peloponissos and the town of Gefyra, or New Monemvassia, to the rock itself of Old Monemvassia is gradual, almost like a journey back in time - cars notwithstanding. True to its name (Monemvassia means single entrance), the rock is connected to Gefyra via a single narrow bridge, its sole point of entry. Once across on the rock, the causeway continues as a road that curves along the southern coast until it reaches the entrance to the medieval town. From there onwards, it’s all on foot.

A fortress of strategic and commercial importance throughout the turbulent centuries, Monemvassia (akra Malvasia or Kastro) has seen despots, conquerors, invaders and changed hands between Byzantine emperors, sultans, Venetian armies and even a Pope, though Tzanetakis Grigorakis remains the local hero. In 1821 he liberated Monemvassia from Ottoman rule with the aid of a private army, an event celebrated each year in July. Monemvassia’s population dwindled after WW II though in the 70s it made a comeback as a tourist destination. Since then it has attracted throngs of visitors from all over the world, who are drawn by its superlative historical and aesthetic appeal. Luckily, modernization and the lure of profit have been kept in check, with Gefyra taking most of the brunt of development.

Today the buildings in the lower town have been beautifully restored, some converted into ultra-stylish hotels or holiday homes. A sprinkling of restaurants and shops add just the right dose of liveliness. Monemvassia’s history and special character (Greek poet Giannis Ritsos, who was born there, called it ‘a ship of stone’), is still visible and tangible as one walks on its cobblestone paths. A winding path leads to higher ground, the site of the upper town and Agia Sofia, a church built on a hair-raising precipice at the edge of a grassy expanse dotted with the ruins of Monemvassia’s halcyon days: churches, cisterns and mansions. There is also a breathtaking view of the lower town and at Goulas, 300 meters above the water, a memorable vista of the region.

There are many excellent swimming options at a certain distance from Monemvassia (for instance at the beautiful town of Kyparissi), but Kourkoulas, Pori, Xifias, Ambelakia and Kastella are nearest to the citadel. 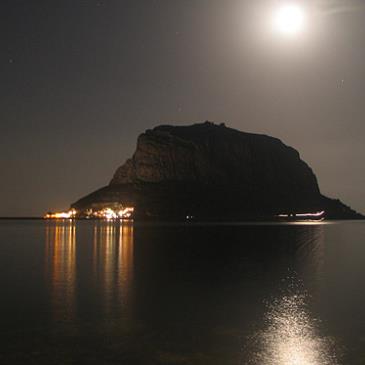 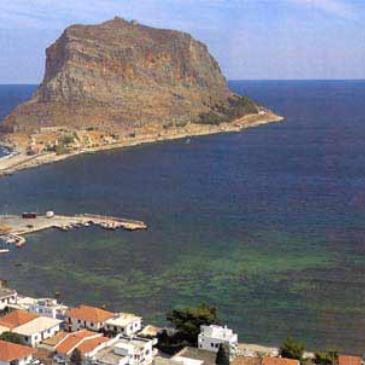 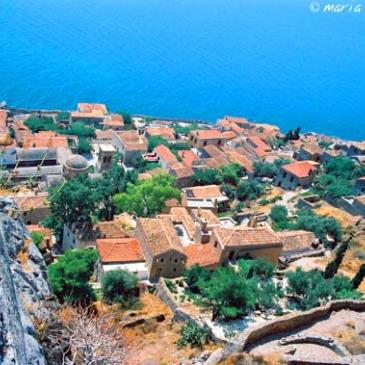 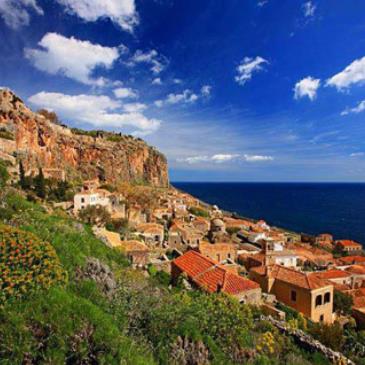 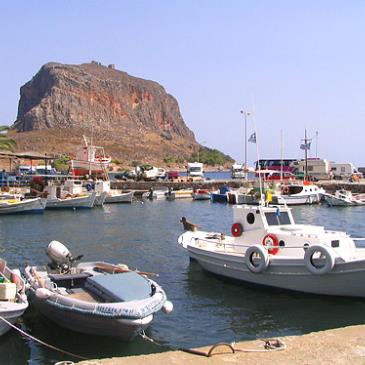 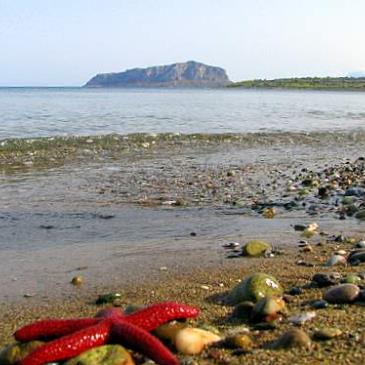 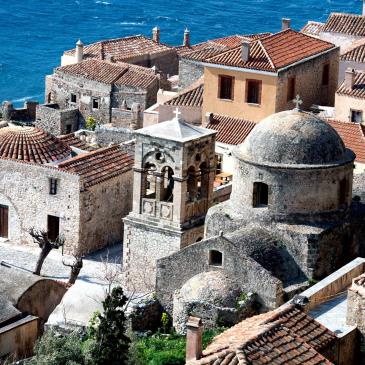 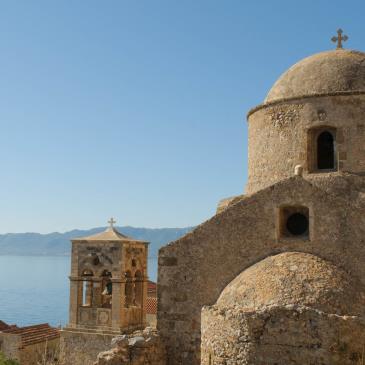 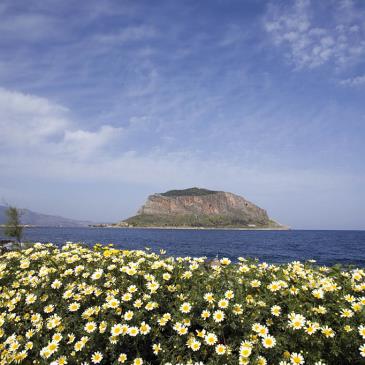 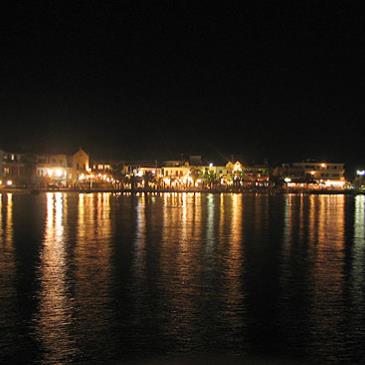