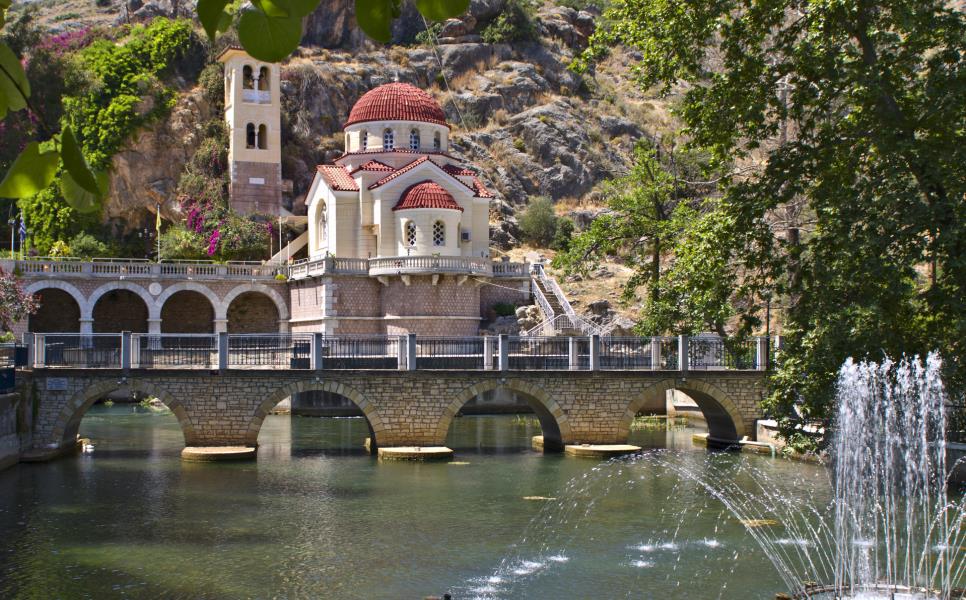 Kefalari is situated three kilometres southwest of Argos. It is among groves, rural houses, modern villas and old traditional watermills. The picturesque church and old traditional watermills. The picturesque church of Zoodochos Pigi along with the amusement grounds around river Erasinos springs, make Kefalari an attractive place to visit.
The waters of river Erasinos form a wonderful lake under the church of Zoodochos Pigi. The scenery becomes even more beautiful with the plane trees and the large number of taverns.
The village of Kefalari is also known for its cave that used to be a subterranean riverbed. Excavations had brought into light Neolithic ceramics, however, the cave had been inhabited much earlier. German archeologists had found blades and spearheads that date back to the beginnings of the late Palaeolithic Age, circa 35000 BC!
The church of Zoodochos Pigi or else the Virgin Mary Kefalariotissa has been built in the cave and it is visited by a large number of pilgrims each year.
(text: Alexis Totsikas)
This text (extract) is cited March 2004 from the Prefecture of Argolis tourist pamphlet.