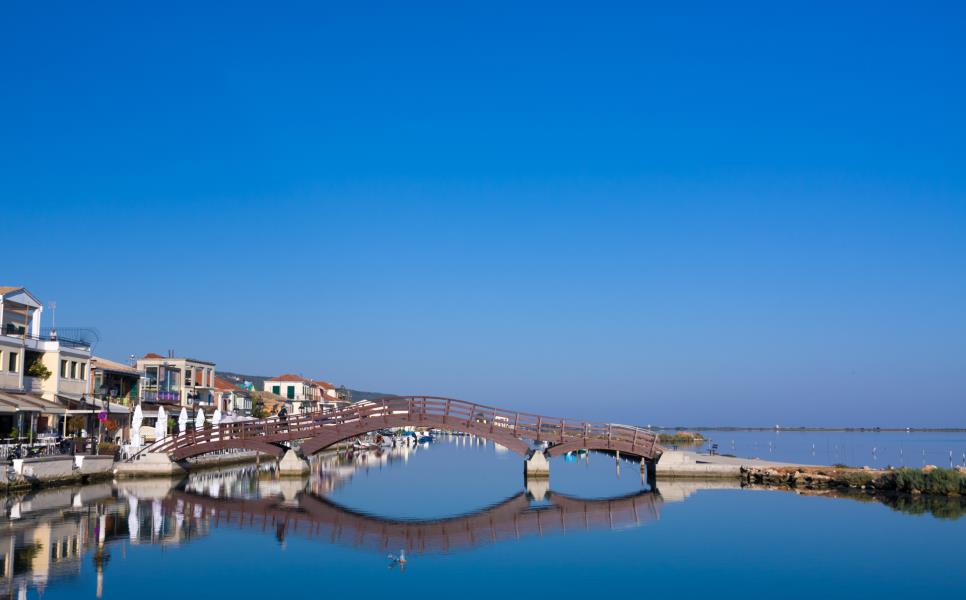 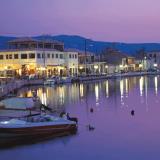 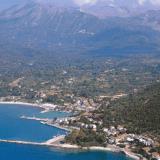 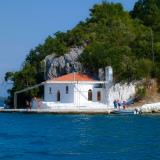 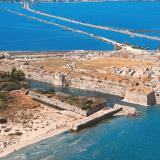 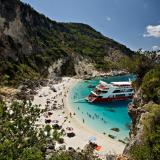 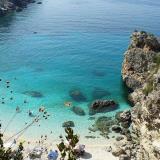 prev next
Displaying 10 out of 161 total images found for LEFKADA. View all.

Lefkada is one of the Ionian Islands, known as the 'Eptanisia' in Greek, which lie in the Ionian Sea. The island is less than 100 metres from the mainland coast of Akarnania, to which it is linked by a floating bridge. The channel of Lefkada is 50 metres wide. Lefkada has an area of 302.5 square kilometres and is the fourth largest of the Ionian Islands with a population of 23,000. The Prefecture of Lefkada consists of Lefkada and the surrounding small islands of Meganisi, Kalamos, Kastos, Skorpios, Skorpidi, Madouri, Sparti, Thileia and Kythros. The Prefecture is divided into six municipalities and two communities. Lefkada has a Mediterranean climate. It has many hours of sunlight daily and is typified by mild winters with increased rainfall and hot summers with cool breezes. 70% of the island's terrain is mountainous. It has tall mountains, the tallest peak being in the centre at Stavrota (1182 m.). The western side of Lefkada is precipitous with many long, sandy beaches.
It also has narrow plateaus, fertile valleys and ravines with rich vegetation. Olive trees are spread over the whole island whilst cypress trees grow here and there, creating a distinct landscape. The island's exceptional flora includes many pine forests and some forests with a special variety of oak tree. Another variety of tall and thick pine tree which grows on the edge of the sea is to be found on the island of Kalamos. Lefkada has plenty of waters, mainly springs but also streams which flow from high above, creating small waterfalls. In the north of the island is a lagoon which provides an important wetland environment for many species of birds.
The landscape is complimented by the traces of human habitation, old and new. Agricultural buildings, such as the dozens of watermills, the olive presses, threshing floors, the simple stone-built houses and the unique domed stone dens are evidence of the importance of farming on the island. The salt-pans and fish farms indicate another side of life on Lefkada. The churches and the monasteries provided support to the Greek and Christian culture of the island during the difficult years of the Tourkokratia (Turkish rule), roviding an artistic escape through the Byzantine tradition and western influences. The icons and wall-paintings are unique works of art. The town of Lefkada itself, with its historic centre, town houses and narrow lanes and the Kastro of Ayia Mavra (Santa Maura) - these are the unique features which go to make up the cultural heritage of the island. They tie together the precious memories of the past and lead us to the Lefkada of today.
This text is cited April 2004 from the Prefecture of Lefkada URL below, which contains images