The Museum of Byzantine Culture aims at presenting various aspects of Byzantine art and culture, as well as of the following era, after the fall of the Byzantine Empire to the Ottoman Turks in 1453. Frescoes, mosaics, icons, marble architectural members, integrally detached frescoed early Christian burials, valuable ecclesiastic utensils, objects of personal ornament, but also functional objects of everyday use present aspects of life in Byzantium, from the organization of religious and social life and the artistic and intellectual production to private life and activities in the market, the countryside and the sea.
The Museum of Byzantine Culture has been awarded the Council of Europe Museum Prize for 2005, for its significant contribution to the understanding of European cultural heritage. The jury appreciated "the excellence of the museum and the balance between conservation, restoration and presentation", noting in particular the virtual absence of showcases and the illustration of restoration work. It described the museum as "visitor-friendly, with an educational emphasis on children".
The Museum's building was constructed on the plans of the talented architect Kyriakos Krokos (1941-1998). Among the best works of public architecture of the last decades in Greece, it has been declared a historically listed monument by the Ministry of Culture in 2001.
Permanent displays:
"Early Christian Church": The exhibition is devoted to the design and decoration of churches during the early centuries after the triumph of Christianity (4th - 7th centuries).
"Early Christian City and Dwelling": It presents social and economic, public and domestic aspects of secular life of the Early Christian period.
"From the Elysian Fields to the Christian Paradise": It presents the subject of death and burial, focusing on the changes that occurred in ideology, art and burial customs due to the transition from idolatry to Christianity.
"From Iconoclasm to the Splendor of the Macedonian and Komnenian Dynasties": It is devoted to the period of Iconoclasm (8th- 9th c.), and presents aspects of secular and religious life to the 12th c.
"The Dynasties of Byzantine Emperors" presents the Byzantine dynasties from Herakleios (610-641) to the Palaeologan dynasty (1261-1453), focused on imperial ideology represented mainly in coinage.
"Byzantine Castles": The exhibition focuses on castles of the mid-Byzantine period (9th - 12th c.), presenting elements of the new city structures, functions and everyday life in the Byzantine castle.
"The Twilight of Byzantium" deals with the final centuries of the Byzantine empire, marked by the fall of Constantinople to the armies of the Fourth Crusade in 1204 and its final fall to the Ottoman Turks in 1453.
"The D. Papastratou Collection" comprises 18th -19th century Orthodox religious engravings chiefly printed in Mount Athos and of engraved copper matrixes.
"The D. Economopoulos Collection" mainly comprises icons (14th-19th c.), but also coins, pottery and objects of miniature art.
"Byzantium after Byzantium: the Byzantine legacy after the fall of Constantinople reflects the survival of Byzantine art and tradition in the years of the Ottoman occupancy and in the shaping of Modern Greek culture.
"Discovering the Past" illustrates the process by which the remains of the past are discovered, studied, protected and conserved until they become museum exhibits. 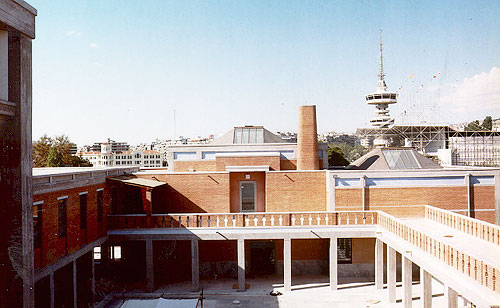 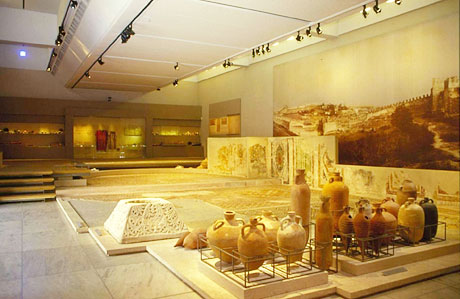 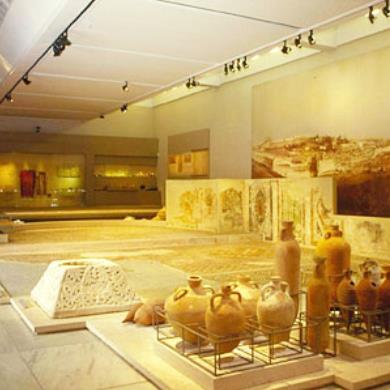 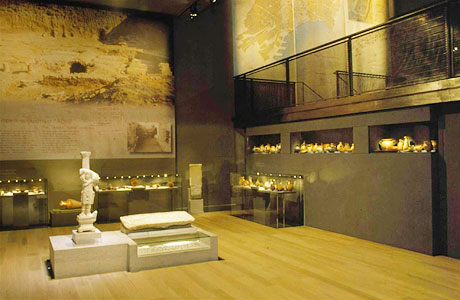 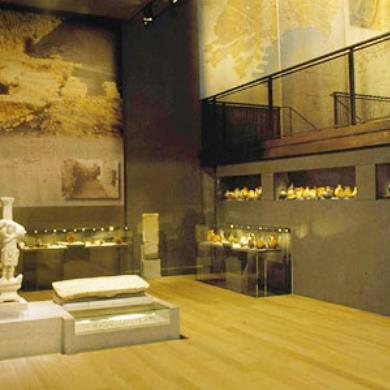 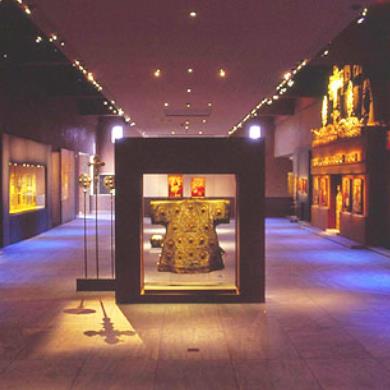 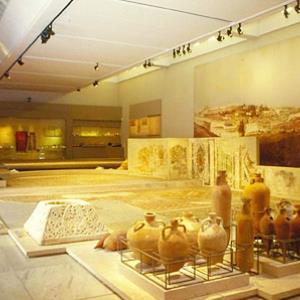 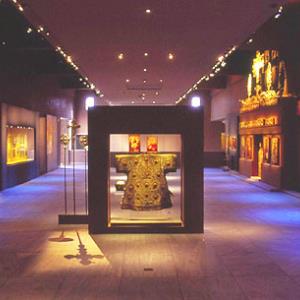