In a steep ravine of Paggeo Mountain there is the Holy Monastery of Icosifinissa in luxuriant and immaculate forests, where a mysterious silence reigns and is interrupted only by the whisper and the chirping of the birds. The Monastery has great historical value for many hundreds of years and it is commemorated in the name of the Virgin Mary, whose icon, not made by human hand, is kept there, painted from time immemorial and attracts the christians from all over Macedonia. The repartee of the Monastery's name, according to one version, comes from the word "είκοσι φοίνικες" (twenty phoenix). According to another version Germanos, the first founder, who showed despair about the water shortage problem and was thinking of building the Monastery in a different place, he had a vision, in which the Virgin Mary sent a blackbird (cossyfon), which discovered water between copius bushes.
From that moment onwards the Monastery was named Cossyphinissa and Cossynitsa. According to another, more prevalent version, the Monastery took its name from the icon not made by human hand, which was red. According to a tradition, the Monastery was founded in 518 A.C. by venerable Germanos who had a vision of God sending an angel and ordering him to establish the Monastery in Macedonia. The second founder of the Monastery is considered to be Dionysus, who served as Ecumenical Patriarch of Constantinople (1472-1478). He was appointed a Saint by our Church and his relics are still kept in the Monastery. From 1805 and onwards the Reverend Fathers Chrysanthos (1805), Nectarios of Constantinople (1816-1818), Hatziananias (1818), Kyrillos (1821-1822) and Benjamin (1833-1834) consisted the body of National Resistance. Finally, it was in that Monastery that Emmanouil Papas put his men under oath 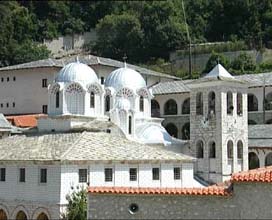 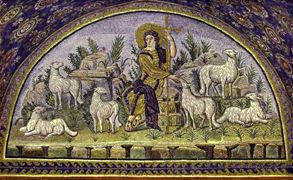 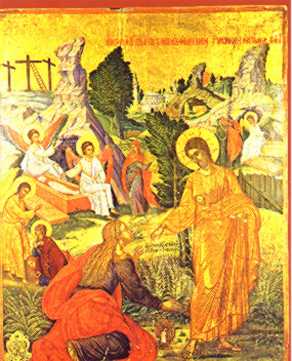 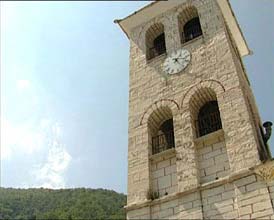 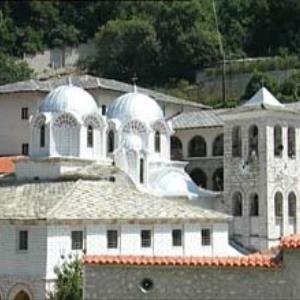 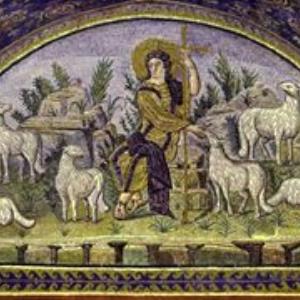 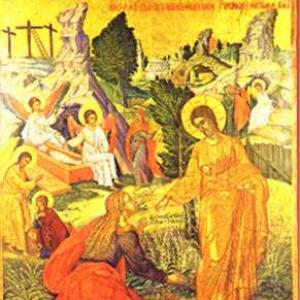 North (N) at the sides of: PAGGAIO Mountain, KAVALA , GREECE