Drossero is built in a distance of 1.5 Km from Gypsohori, at the foot of mountain Paiko. The population is 558 residents according to the census of 1991. Following the left entrance of the village, we see the building of the Agricultural co-operation of Drossero, the strongest co-operation of the municipality.
In a distance of 100m, in a big plot there is the two-storey local building, where there is the Kindergarten. In the past, the first floor was the guest room. The Kindergarten has one room with a lot of school equipment, capable to cover the needs of six children of the village and the kindergartener who takes care of them.
Walking along the road, on the left there is the church of Saint Constantinos and Saint Eleni. In the center of the village there are gathered all the cafes and the rest social services. In the two-storey building of the community bureau there is the veterinary clinic and the community clinic. In the same area there is the Primary School and the building of the Cultural Association of Drossero "Philippos". Opposite, there is the building where the Police Station was sheltered. On the right entrance of the village, in a 200m distance, there is the football field of the team "Megas Alexandros". In the land of the community of Drossero, a narrow stripe of forest is included. It covers 9.000 m² at the foot of Paiko mountain. 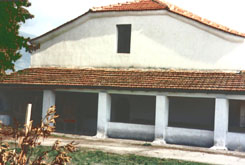 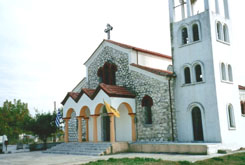 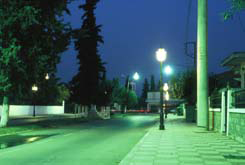 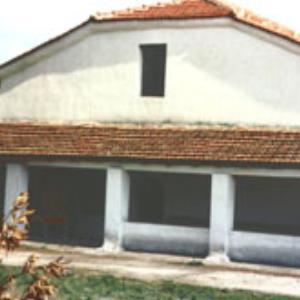 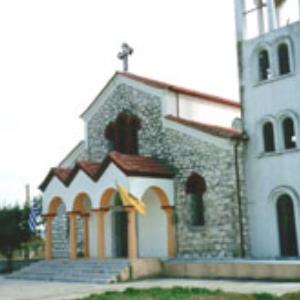