Aigai, the first capital of the ancient Kingdom of Macedonia, was discovered in the 19th century near Vergina, in northern Greece. The most important remains are the monumental palace, lavishly decorated with mosaics and painted stuccoes, and the burial ground with more than 300 tumuli, some of which date from the 11th century BC. One of the royal tombs in the Great Tumulus is identified as that of Philip II, who conquered all the Greek cities, paving the way for his son Alexander and the expansion of the Hellenistic world.

According to tradition, the ancient city in the northern foothills of the Pierian range was founded by Perdiccas I when the Macedonians of the Argive spread northwards over the plain of Emathia. The wealth and density of over three hundred grave-mounds in the cemetery of the Tumuli testifies to the importance of Aigai in the Early Iron Age (1100-700 BC). The quality of the grave-goods shows that this was a period of highly developed culture and technological skills in the community. As the capital of the Argive Macedonian kingdom and site of the royal court, Aigai was the most important urban centre in the region throughout the Archaic Period (800-500 BC) and the following centuries. The grave-goods in a series of tombs dating from the 6th and 5th centuries BC demonstrate commercial and cultural links with the Greek centres of eastern Ionia and the south, such as Athens, Samos, and Corinth, and illustrate the wealth and sophistication of the royal court. At the end of the 5th century Archelaus brought to his court artists, poets, and philosophers from all over the Greek world: it was, for example, at Aigai that Euripides wrote and presented his last tragedies.

Although the administrative centre was transferred to Pella in the 4th century BC, Aigai retained its role as the sacred city of the Macedonian kingdom, the site of the traditional cult centres and the royal tombs. lt was in the theatre of Aigai, in 336 BC, that Philip II was assassinated and Alexander the Great was proclaimed king. The bitter struggles between the heirs of Alexander adversely affected the city that gradually declined after the overthrow of the Macedonian kingdom by the Romans in 168 BC. By the 5th century AD, the site was almost deserted; the small medieval settlement of Palatitsia (palace) was all that remained to indicate its former importance.

The most important building so far discovered is the monumental palace, located on a plateau directly below the acropolis. This building, which rose to two and perhaps three storeys, is centred on a large open courtyard flanked by stone Doric colonnades. The rooms were used for religious, administrative, and political functions. On the north side was a large gallery that commanded the stage of the neighbouring theatre and the whole Macedonian plain. It was sumptuously decorated, with mosaic floors, painted plastered walls, and fine relief tiles. The theatre, from the second half of the 4th century BC, forms an integral part of the palace complex.

The best known feature of the site is the necropolis, which extends for over 3 km, with the Cemetery of the Tumuli at its heart. This contains over 300 grave-mounds, some as early as the 11th century BC. To the north-west of the ancient city there is an important group of tombs from the 6th and 5th centuries BC belonging to members of the Macedonian dynasty and their courts. These contained rich funerary deposits, along with imported materials. One from around 340 BC with an imposing marble throne, is believed to be that of Euridike, mother of Philip II. The most impressive funerary monument is the Great Tumulus, an artificial mound 110 m in diameter and 13 m high, beneath which four elaborate royal tombs were discovered. In Tomb II the body was found in a solid gold casket weighing some 11 kg; the occupant has been identified as Philip II, father of Alexander the Great and consolidator of the Macedonian power.

The land of Vergina has not yet revealed all its secrets, as the systematic excavations in the area still continue almost uninterruptedly since 1976. What has been brought to light, however, sufficiently testifies to a significant development in European civilization, namely the transition from the classical city-state to the imperial structure of the Hellenistic and Roman periods. 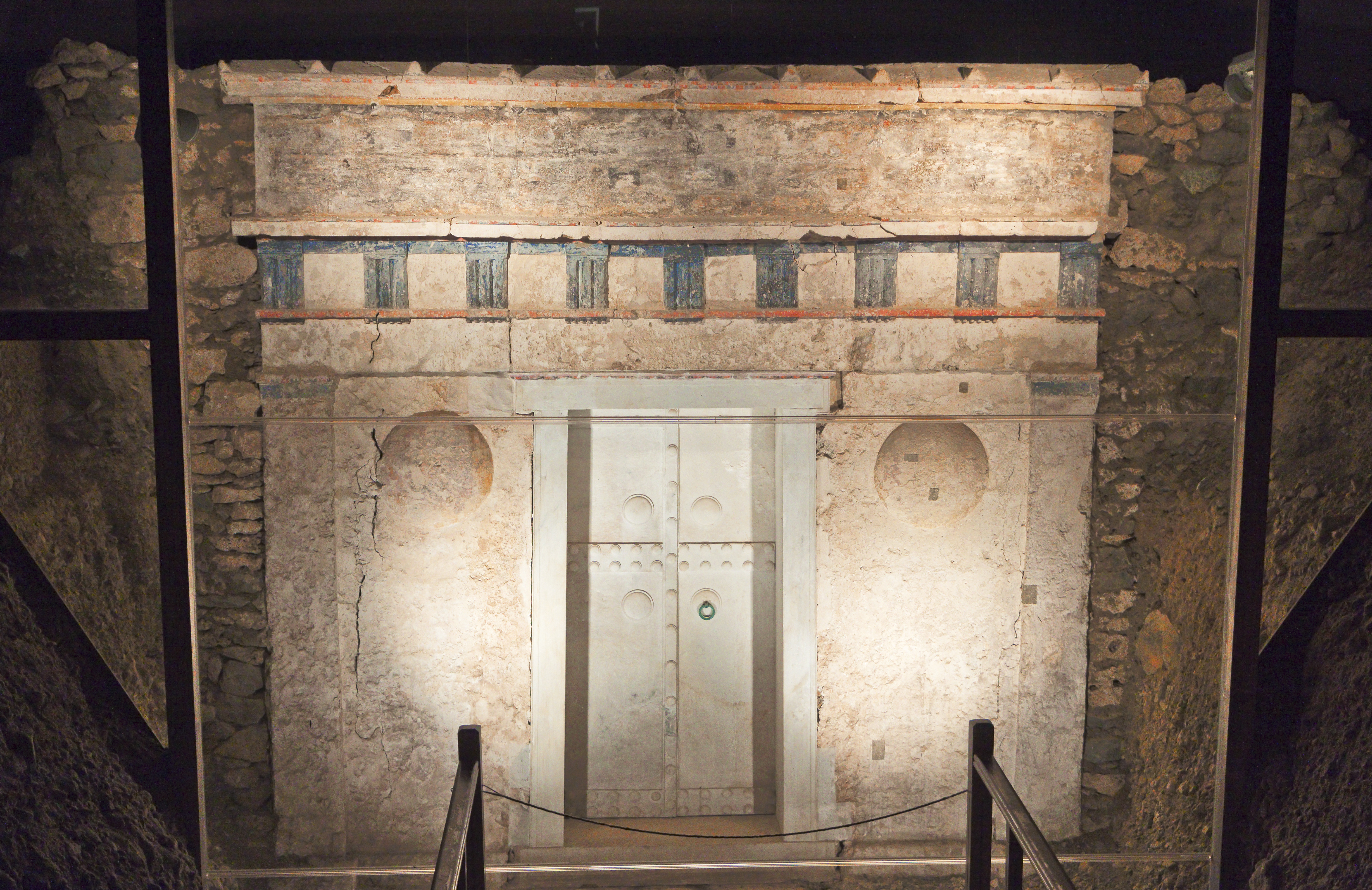 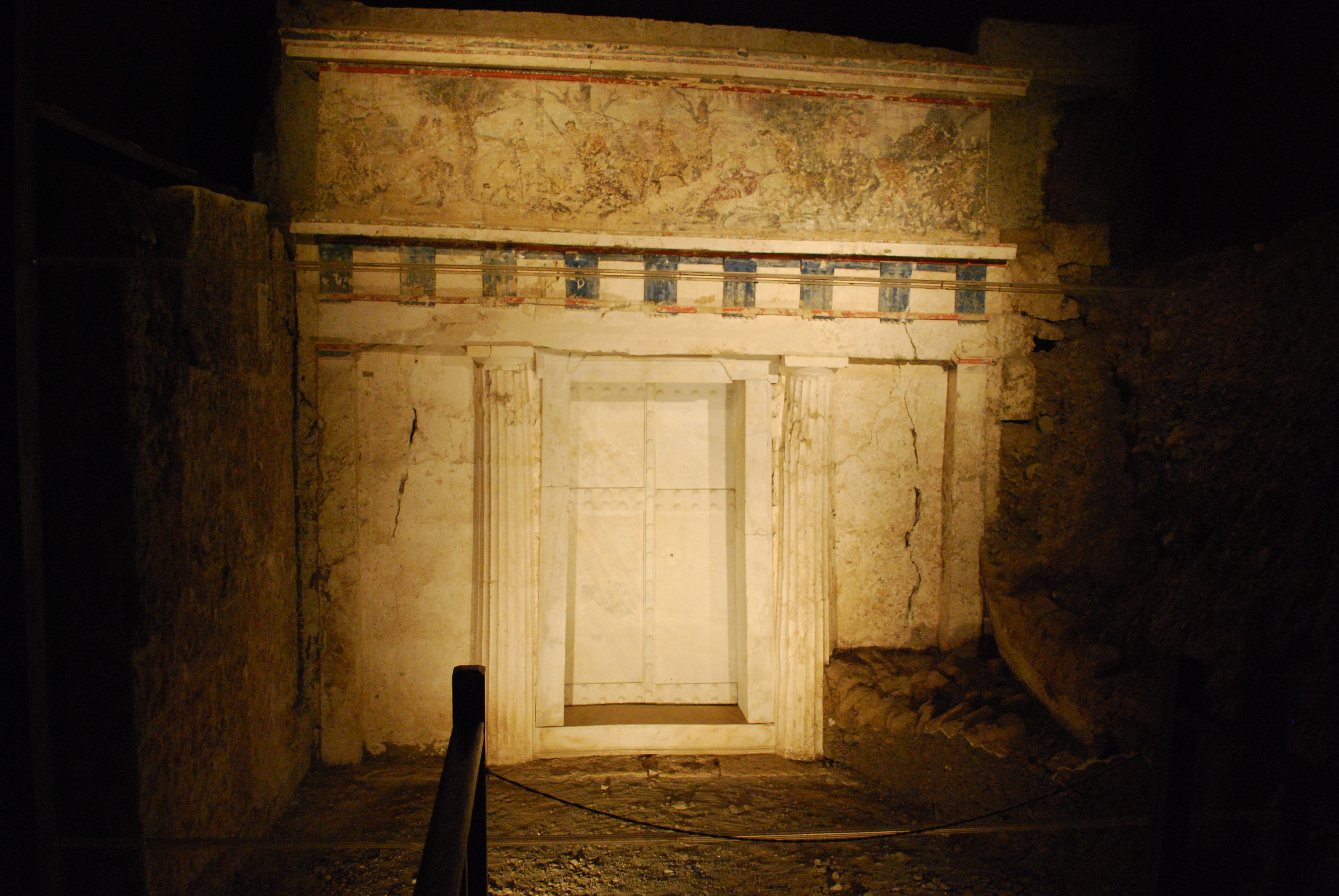 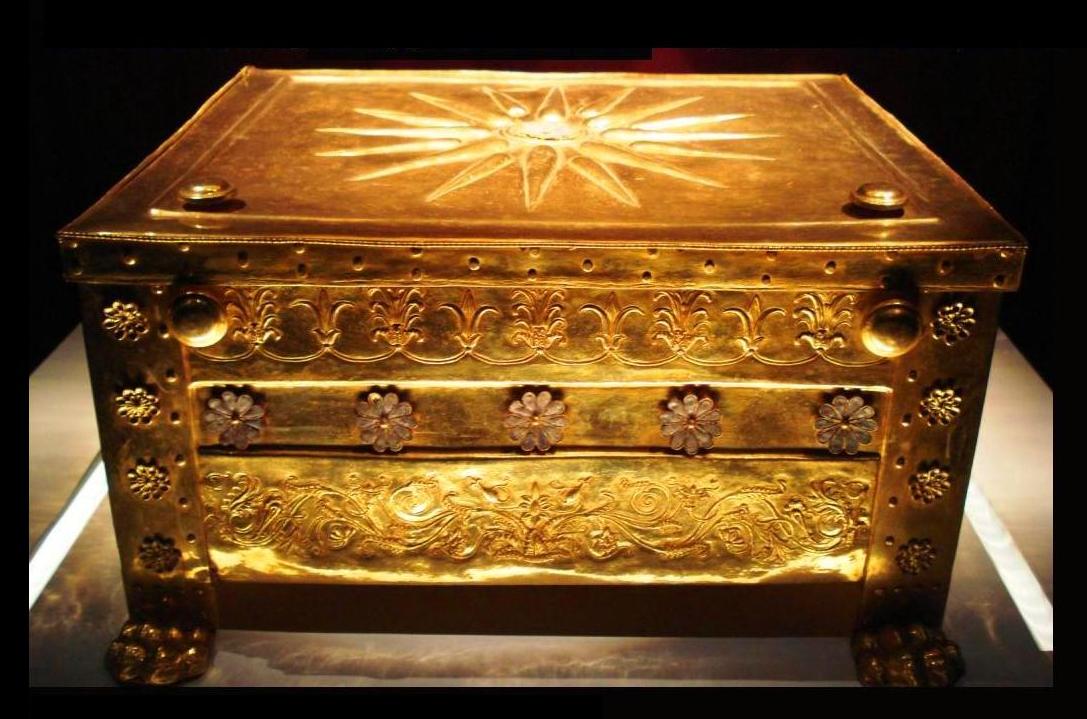 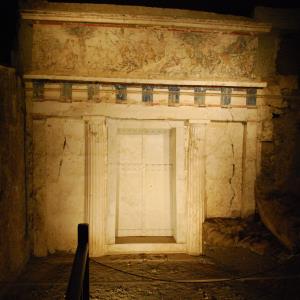 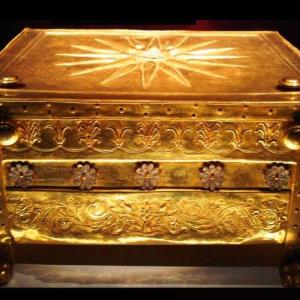