Palea Kameni has a total surface area of 60 hectares (148 acres), and a maximum elevation of 98.5 meters. Its two thousand years of existence have been enough to create a thin layer of soil in certain areas on which the islanders of Santorini used to grow animal feed. Today, a few goats manage to make out a living on the island, while wild rabbits and doves find safe hiding places in the many deep fissures in the lava rock.

Nea Kameni has a surface area of 340 hectares (840 acres), and its highest point reaches 127 meters above sea level. Here there is virtually no soil. Where the volcanic tephra has formed a thick enough layer, some grasses, succulents and amaranthus manage to survive, while in the spring wild flowers spread a colourful carpet over the summit. The animal kingdom is represented by a few wild rabbits and thousands of tiny lizards. The sole example of larger plant life is a single wild fig tree the local people call "Erinia", using the ancient Greek word for wild fig which is erineos. It has managed to survive on the southern slopes of the hill known as Mikri Kameni, the oldest lava on the island. There must have been many fig trees here in the 19th century, for the northern point of this (at that time separate) islet was called Sykia (Fig Tree). The harbour used by tour boats has also adopted the traditional name of the wild fig tree, and is also known as Erinia. 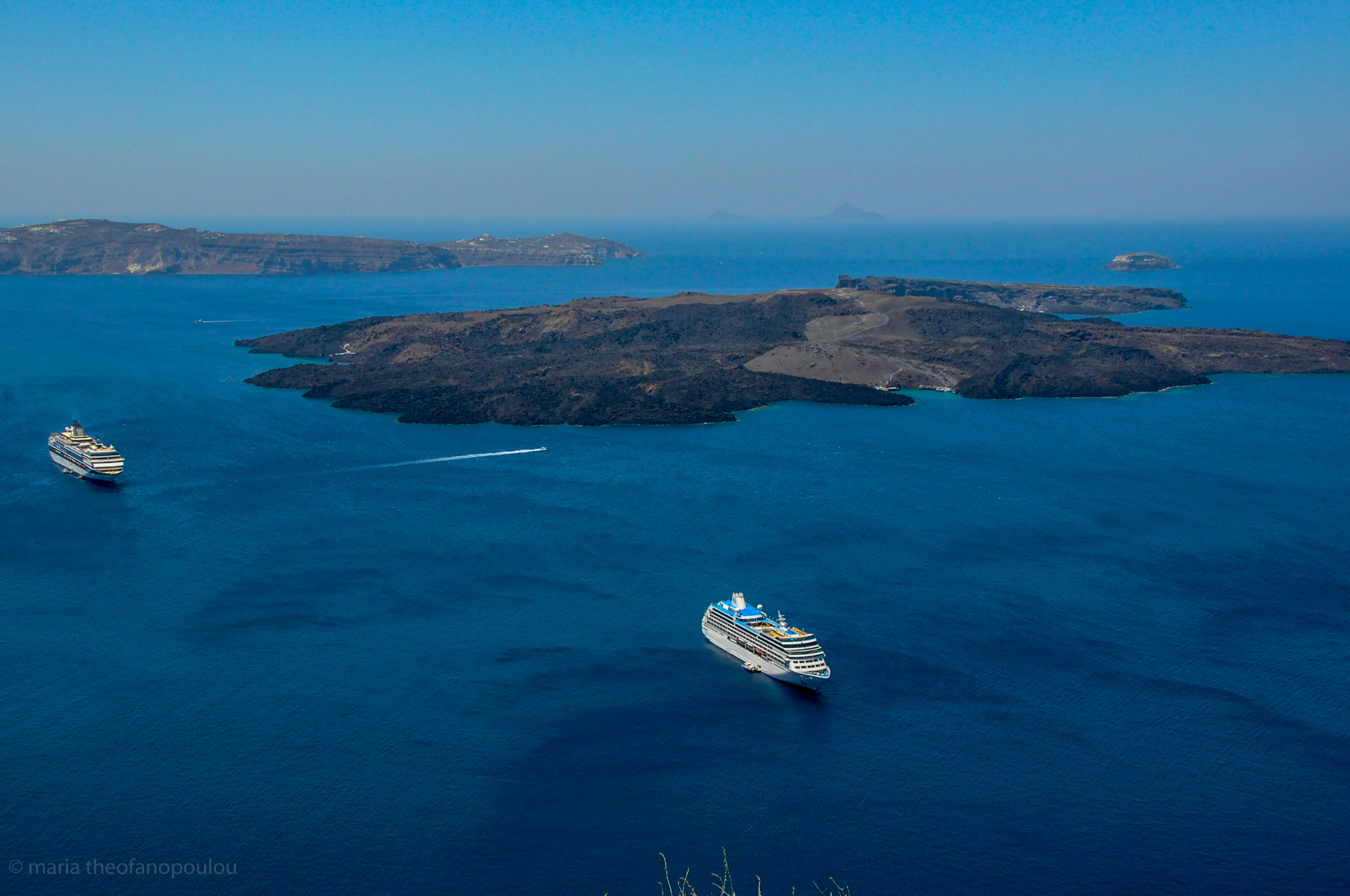 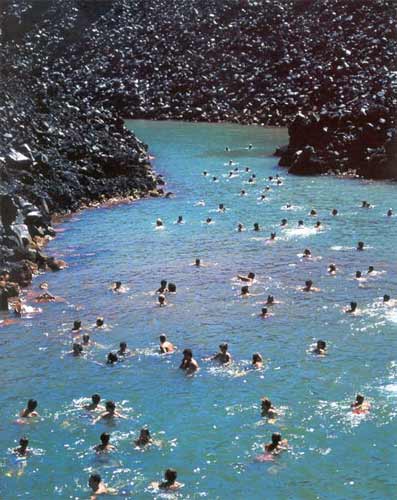 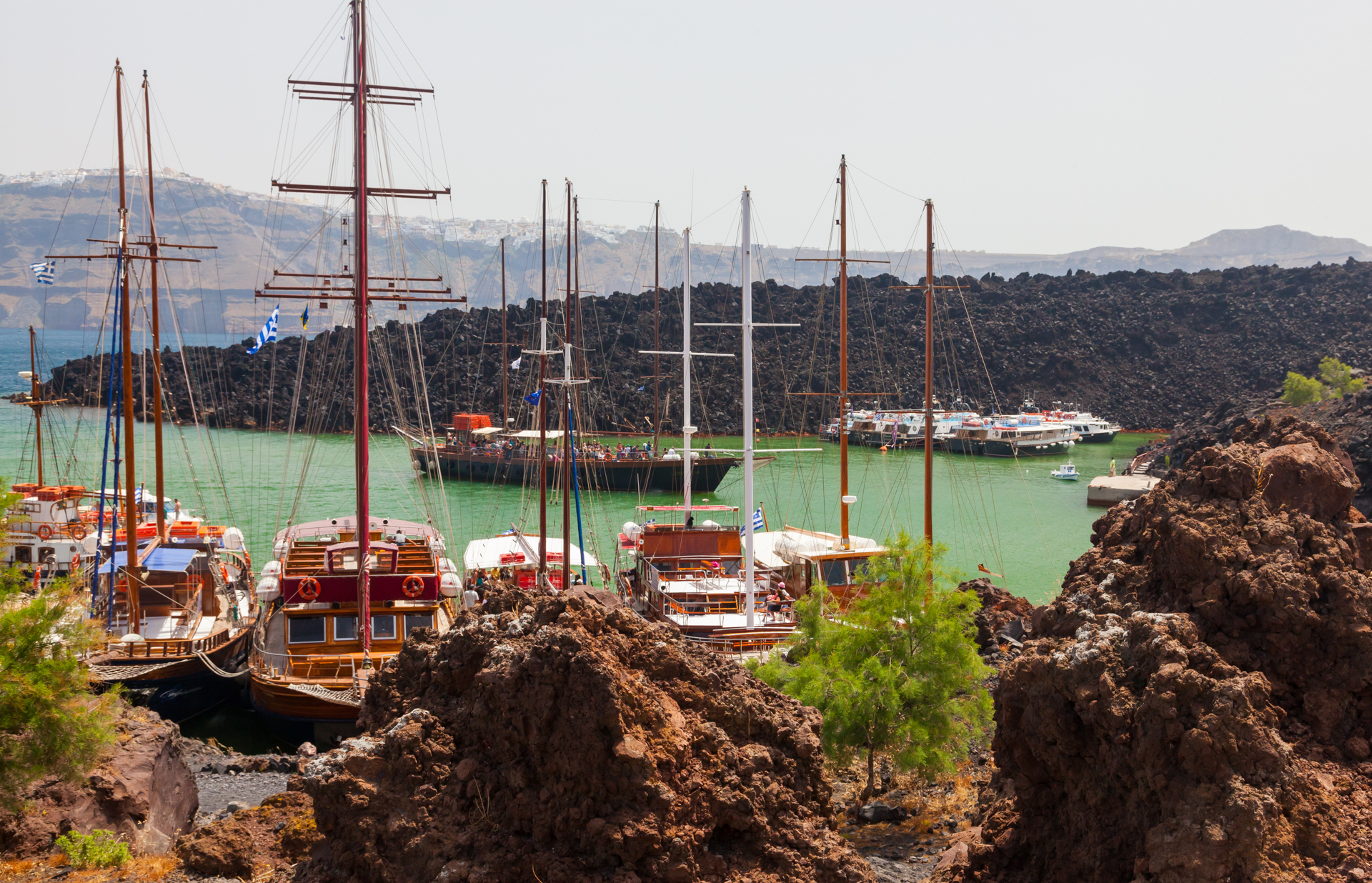 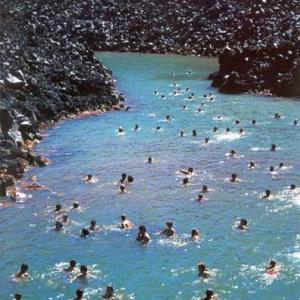 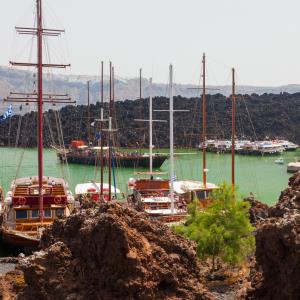