The sanctuary is situated on the top of a hill covered with pines, in the NE part of the island, and is distinguished by the very good preservation of the Late Archaic temple.

The sanctuary was initially dedicated to the cult of Aphaia, a local deity later assimilated by Athena. Finds dating from the prehistoric period - including figurines of breeding women - point to the conclusion that the cult was established very early, possibly in the beginning of the 2nd millenium B.C.

Judging from the votive offerings and, mostly, from the building activity, the sanctuary flourished mainly in the Archaic period. At the end of the period, around 500 B.C. and a little later, the sanctuary assumed the monumental form it preserves today. The area was evened off by the construction of isodomic walls which retained the earth on which the temple was erected, along with the altar, the propylon and various minor buildings. A second period of prosperity came in the mid-4th century, leaving its traces on the remodelling of the altar and the construction of new buildings to the SE of the temenos.

Pottery evidence of the following periods suggests restricted activity on the site until the beginning of the 1st century B.C., when the sanctuary definitely declined, though it is mentioned by Pausanias in the 2nd century A.D. Later on, probably in the 3rd century A.D., the metal clamps bonding the architectural members of the temple were removed and, as a result, parts of the superstructure collapsed. Its position, though, was not forgotten in the following centuries.

In 1811, the English Cockerell and the German von Hallerstein plundered the sculptures of the pediments and transferred them abroad, to sell them later to king Ludwig I of Bavaria. Today they are on display in the Alte Glyptothek of Munich. The first systematic archaeological investigation was begun in 1901 by the German Ad. Furtwaengler. Work was resumed in 1966 by the German D. Ohly, who excavated on the site until 1979 and was continued by his collaborators until 1988.

The temple of Aphaia


The imposing temple was built in ca. 500 B.C. An earlier building existed on the same position, built in the 6th century B.C. but it was burnt down in around 510 B.C. It was Doric, peripteral, with 6 x 12 columns, made of poros stone. Its destroyed architectural members were buried during the construction of the artificial terrace on which the new temple was erected. The new temple is also Doric, peripteral, with 6 x 12 columns. The pronaos and the opisthodomos are flanked by two columns in antis. The cella is divided into three aisles by two two-storied colonnades, of five Doric columns each. The temple measures 13.77 x 28.81m. on the stylobate and is made of local poros. All the porous surfaces of the temple were covered with stucco except for the crepis. Inside the temple, the chryselephantine statue of the goddess was kept, protected by railings in the pronaos and opisthodomos.

The sculptural decoration of the pediments and the central antefixes comprises an excellent example of the "Severe Style", the transitional phase from the archaic to classical Greek sculpture in the early 5th century BC. Both pediments depict the Trojan War, with the armed goddess Athena being the central figure of the evolving battle scenes with complexes of fighting and falling warriors.


Text cited from Odysseus portal, Ministry of Culture and Sports 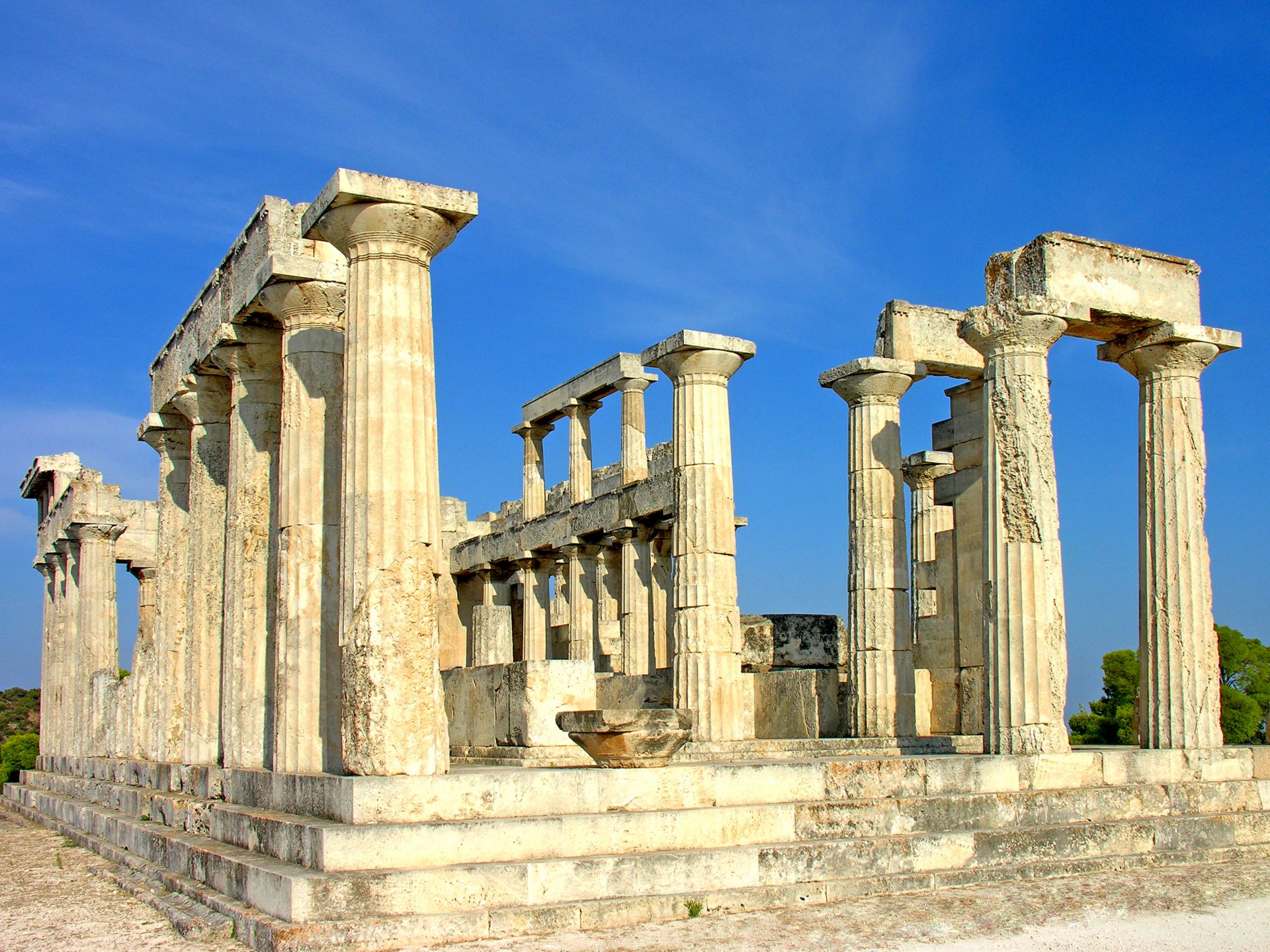 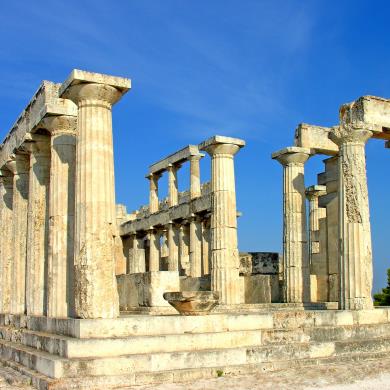 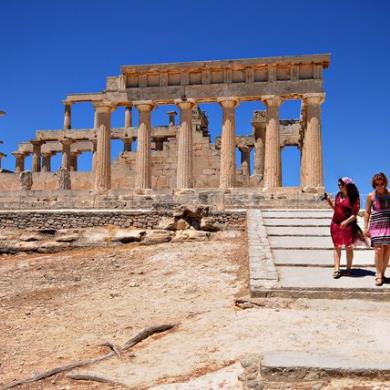 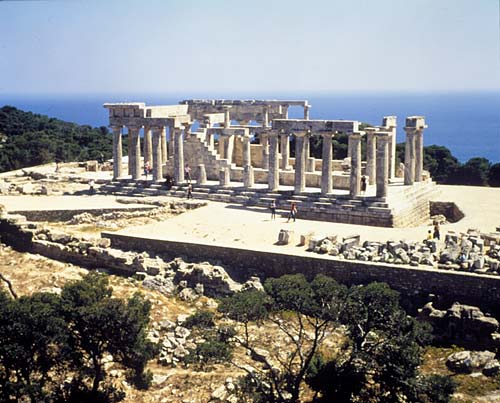 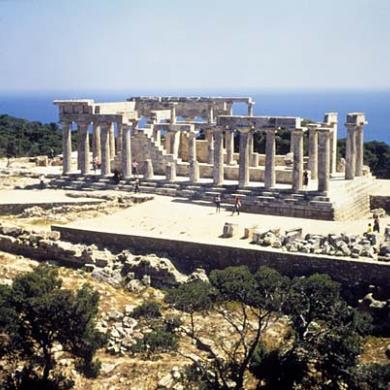 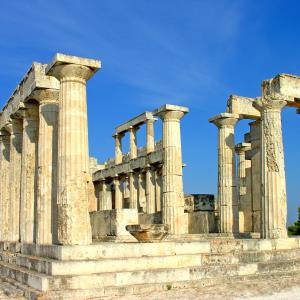 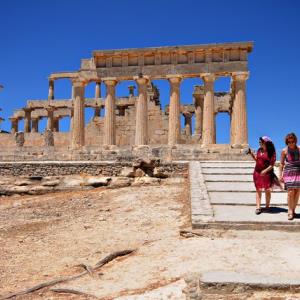 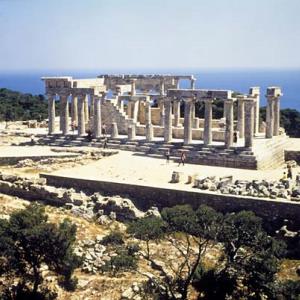