Temporarily closed to the public, due to works

Archaeological site
Address: Kommenou Street, close to the Municipal Stadium 47100 ARTA , EPIRUS , GREECE
Tel.: +30 26810 71700
URL: http://www.lgepka.gr/nekrotafeia.html
E-mail: lgepka@culture.gr
Ambracia had two cemeteries that extended outside the city walls, the east and west cemetery respectively. The west cemetery is the largest and best organized, part of which is preserved in the contemporary Kommenou street. The burial ground consists of Π-shaped grave precincts, that include all types of graves (cist and shaft graves, roof tiled graves, burial niches) and cover a time span from the foundation of the city in the Archaic period until the Roman times. The grave precincts extend on either side of a monumental paved avenue, 10-12 m. wide, which led from the south, main gate of the city to the Ambracian Gulf. Also visitable is the largest grave enclosure of the western cemetery, which was a public polyandrion (mass grave) - cenotaph, founded by the city to honor the dead who had fallen in a naval battle at the Arachthos river mouth. The enclosure, with a length of 12.40 m., width of 8 m. and height exceeding 2.40 m., bears inscription in archaic Corinthian alphabet, which preserves the oldest reference of the name of the city, Anprakia.
Under the integrated in NSRF project "Enhancement - Unification of the Archaeological Sites of Ancient Amvrakia: Western Necropolis - Temple of Apollo - Small Theatre", the 33rd Ephorate of Prehistoric and Classical Antiquities implements upgrading works, that are expected to create a well organised network of archaeological sites in the city of Arta. 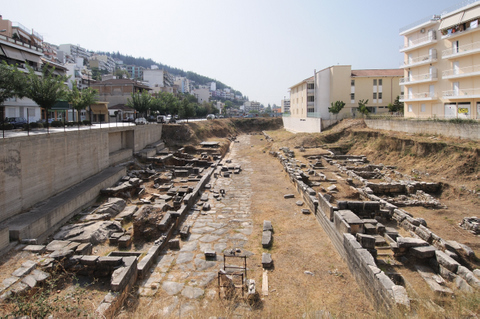 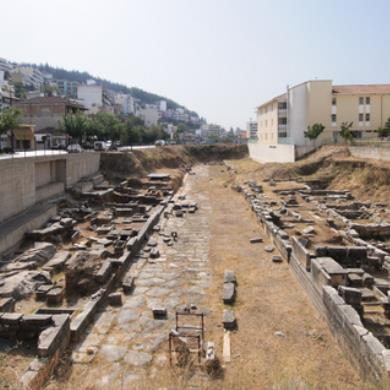 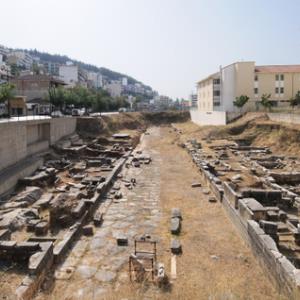