Churches, Byzantine & Post-Byzantine Monuments, Cultural heritage
Established: 1028
Address: 2, Chalkeon Street 54631 THESSALONIKI , MAKEDONIA CENTRAL , GREECE
Tel.: +30 2310 272910
URL: http://odysseus.culture.gr/h/2/gh251.jsp...
Longitudinal church of the cross-in-square type, with a square naos, a narthex on the west side and a triconch sanctuary on the east. Four columns and four arches form a cross inscribed in the square area of the naos. The centre of the cross is covered by an eight-sided dome and smaller domes cover the two ends of the narthex. Two successive layers of wall paintings are distinguished in the church, dated to the 11th and the 14th century A.D., respectively.
The church was built in 1028 by the protospatharios (Byzantine official) Christophoros, as is attested by the inscription on the marble lintel of the main west entrance. After the conquest of Thessalonike by the Turks, in 1430, it was converted into a mosque and again became a Christian church, with the liberation of the city, in 1912.
In 1987, in the course of a study on the structural stability of the building, several excavation trenches were opened in the courtyard of the church.
After the liberation of the city, the wall paintings of the church were cleaned from the turkish plaster that covered them. The building was damaged by the earthquake in 1932 and was subsequently restored; the narthex and the south pediment were then reconstructed. Similar work was also undertaken after the earthquake of 1978.
The monument is now used as a church. 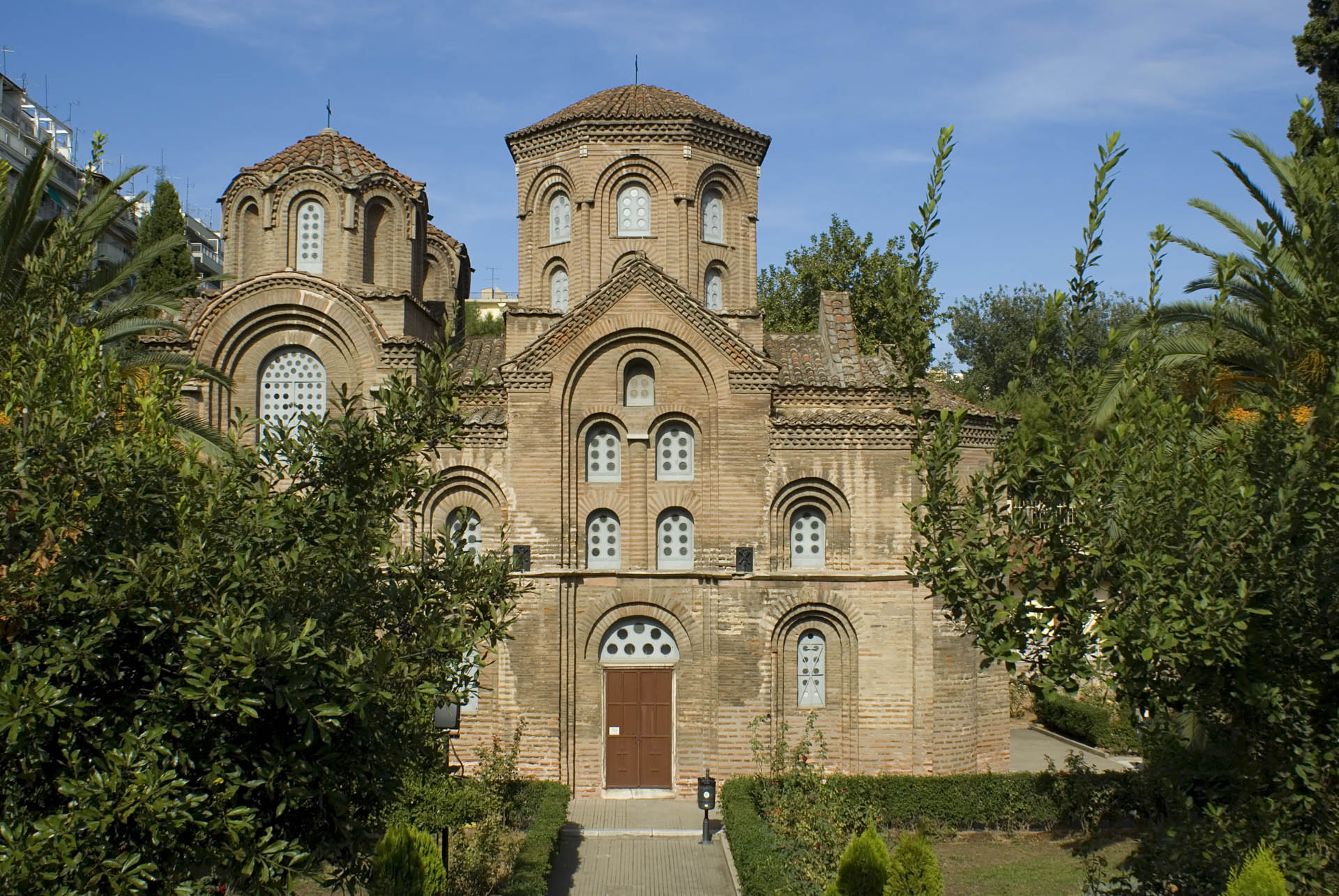 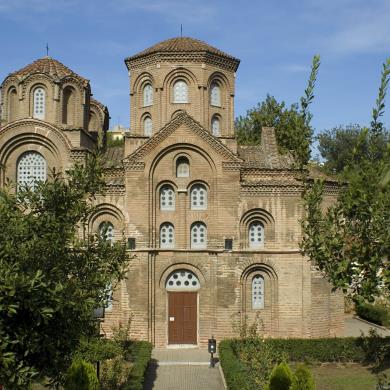