Monastery of the Transfiguration of Loukous (12th c.) - it is built in a rich green landscape on the ruins of an ancient town

Monastery of the Transfiguration of Loukous

Monastery of the Transfiguration (17th century)

Monastery, Byzantine & Post-Byzantine Monuments, Cultural heritage
Address: 22001 IERA MONI LOUKOUS , ARCADIA , GREECE
Tel.: +30 27550 41260
URL: http://odysseus.culture.gr/h/2/gh251.jsp...
The monument lies to the NW of Astros, in the area of ancient Thyreatis, which is full of antiquities. It was probably built on the site of an Early Christian church of the 5th century AD. The catholicon is a domed church of the composite four columned, cross-in-square type. It is decorated with fine wall paintings and its floor is paved with coloured marble slabs. The wall masonry imitates a careless "cloisonne", and includes ancient architectural parts and brick ornaments. The iconostasis (chancel barrier) is decorated with portable icons dated to the 17th century.
The first literary reference to the monastery is in the "Geographica" of Meletios, the Metropolitan Bishop of Athens in 1690. The English traveller J. Leake visited the monastery in 1805.

Regarding the name "Loukou", several theories have appeared:
•the monastery was dedicated to St. Lucia,
•it was due to the ancient cult of Hera (Juno Lucina),
•it was named Lykou after the wolves (lykoi) living in the area,
•the monastery was dedicated to St. Luke,
• it was related to the "Lucus Feroniae"(woods of prey) in which the Villa of Herodes Atticus was located.
The roof of the catholicon (main church) has been retiled, the two-storeyed tower has been supported and the cells have been restored. In the 1980's the painted decoration of the church was systematically preserved and in 1994-95 the mosaic floor of the catholicon was restored. Today the monument is a convent for nuns. 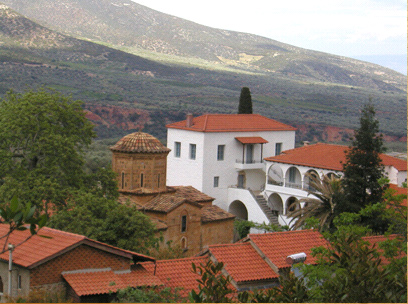 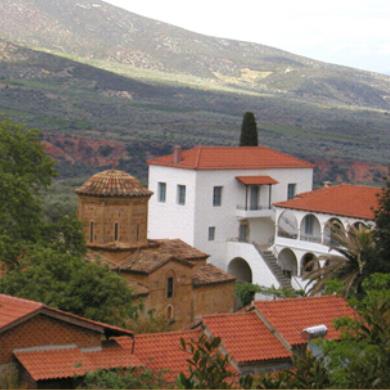 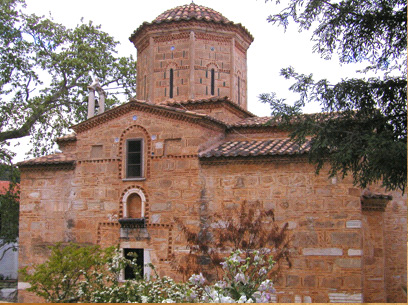 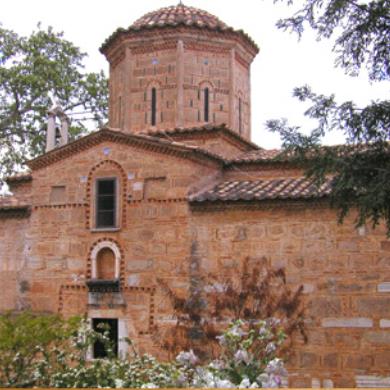 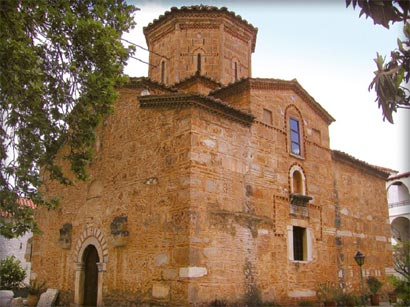 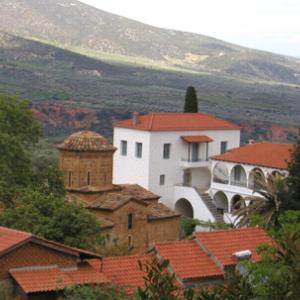 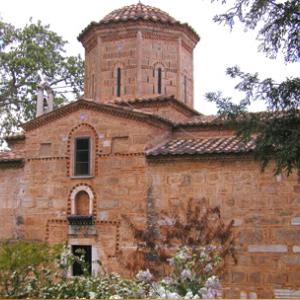 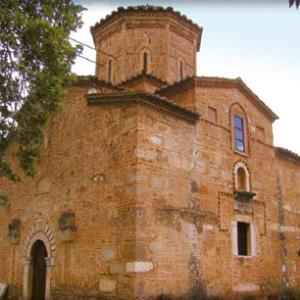