View of the castle

Castles & Fortresses
Address: 21200 LARISSA , ARGOS , GREECE
Tel.: +30 27510 22810
The castle lies on the prominent hill called "Larissa", overlooking the town of Argos. It was founded in the 6th century B.C. During the Byzantine period the fortress was of essential strategic importance and in 1203 came under the control of the archon of Nauplion, Leon Sgouros. In 1212 it was captured by Othon de la Roche and was controlled by the Greeks until 1388. Between 1394 and 1463 it was occupied by the Venetians. In 1463 it was captured by the Turks and remained under their control until 1822, interrupted during 1686-1715, when Larissa came under the control of the Venetian admiral Morozini. The site was liberated by the Greeks in 1822.
Salvage interventions have been carried out at the foundations of the monument. The exterior circuit wall and the entrance have been consolidated by the 5th Ephorate of Byzantine Antiquities.
The most important monuments of the site are:
•The Castle.
The external horseshoe-shaped circuit wall has an entrance on the SW side and is reinforced by battlements and toowers (square, round, triangular, and octagonal). A second, interior enceinte to the south forms the smaller, upper fortress. The main architectural phase of the monument dates from the Medieval period but traces of earlier phases have also been distinguished.
•Small Byzantine church over the north wall of the interior fortress. 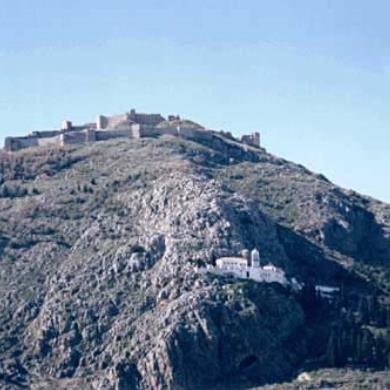 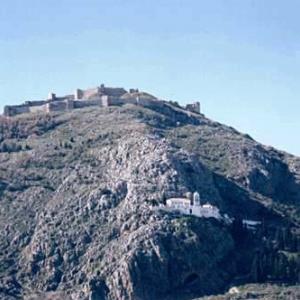