Sanctuary of Alea Athena at Tegea

In its current form, the sanctuary of Alea Athena, and especially its temple is dated to the first half of the 4th century BC and it was executed by the famous Parian sculptor and architect, Skopas. The temple was the largest in Peloponnese after the the one of Olympian Zeus in Olympia. Under the temple, were found remains of an earlier building, probably also a temple, which is dated to the Archaic period.
The excavations on the site were begun at the end of the last century and continued with intervals until 1930. They were firstly conducted by the German Archaeological Institute at Athens and afterwards by the French Archaeological School at Athens. At that time, the temple of Alea Athena and remains of an Early Christian Basilica were uncovered. The excavation that started again in 1990, at the area of the temple and its surrounding buildings are conducted by the Norwegian Archaeological Institute and the 5th Ephorate of Prehistoric and Classical Antiquities.   The most important monument of the site is the temple of Alea Athena and some of its additional buildings. 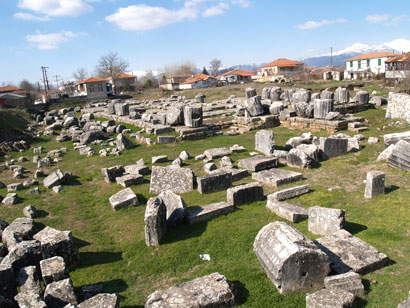 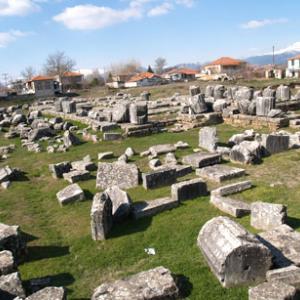