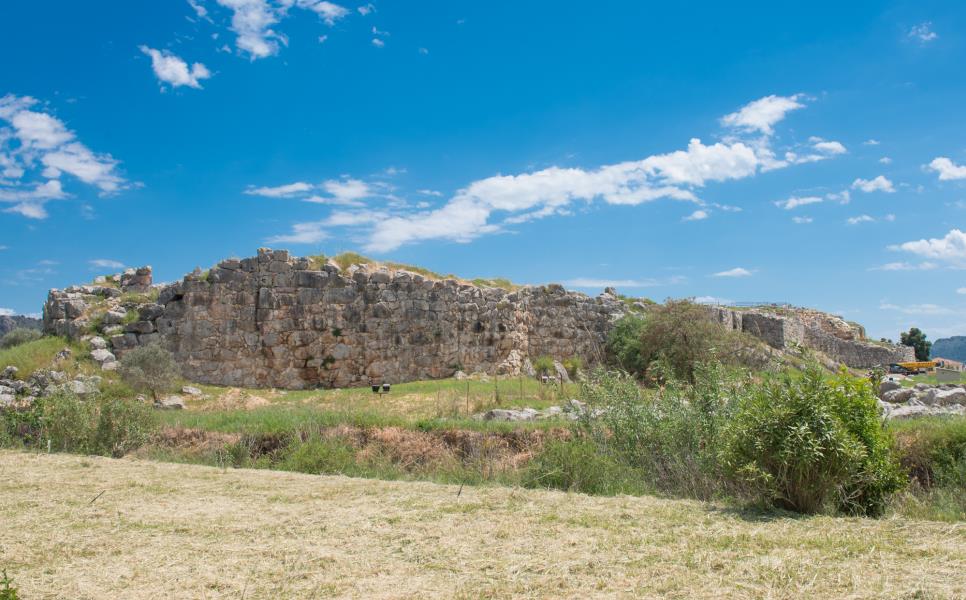 On the edge of the Argolic gulf, at a short distance from Nauplion, lies Tiryns, the second largest Mycenaean citadel after Mycenae. Its palatial complex, surrounded by imposing walls and massive structures, awarded the city the Homeric epithet mighty walled Tiryns. Along with Mycenae and the Palace of Nestor at Pylos, Tiryns represents the apogee of the Mycenaean civilization, which laid the foundations for the evolution of the ancient Greek civilisation.

The acropolis of Tiryns rises impressively on a rocky hill. The earliest human occupation on the hill goes back to the Neolithic period (about 5000 BC). It was followed by successive settlements but their remains have been destroyed almost completely by the extensive construction arrangement of the Mycenaean age. Enough evidence survived from the settlement of the Early Bronze Age (2500-2000 BC) to prove the existence then of a series of apsidal houses arranged around a huge circular building (diam. 28 m) on the summit of the hill.

The fortification of the hill began during the 14th century BC and was completed at the end of the 13th century. The massive walls surrounding the hill have a total perimeter of nearly 750 m and a width between 4,50 and 7 m and divide the site into three levels, the Upper, Middle and Lower Citadel respectively. Viewing the huge, rough boulders of these walls, brings to mind the epithet Cyclopean, which was attributed to the Mycenaean masonry; it was ancient Greeks who first thought that only the mythical Cyclopes had the strength to move the enormous boulders that made up the walls of Mycenae and Tiryns.

The walled area enclosed the wall-painted palace, the remaining public spaces, the tunnels leading to the storehouses and the workshops. The town, divided into blockhouses, extended outside the walls and around the acropolis (about 750 acres).

The fate of Tiryns paralleled that of Mycenae; after the collapse of the Mycenaean palatial civilisation around 1200 BC, the acropolis of Tiryns became a cult place. When 2nd century AD traveller Pausanias visited the site, what he saw was a deserted pile of ruins. 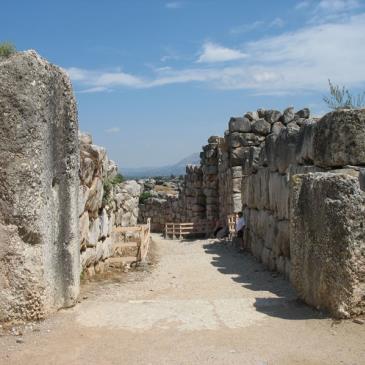