The archaeological site of Mycenae preserves the imposing ruins of the greatest city of the Mycenaean civilization, which dominated the eastern Mediterranean world from the 15th to the 12th century BC and played a vital role in the development of classical Greek culture. As the legendary kingdom of mythical Agamemnon, Mycenae is indissolubly linked to the Homeric epics, which have influenced European art and literature for more than three millennia.

The Mycenaean civilization developed on the Greek mainland in the Late Bronze Age (16th-12th centuries BC). It was essentially a continuation of the Middle Helladic culture, transformed by Minoan influences from Crete. Knowledge of its earlier periods, namely the 16th and 15th centuries BC, comes mainly from burials, notably the shaft graves at Mycenae. Around 1400 BC more elaborate tomb types developed - large chamber tombs for families and beehive-shaped (tholos) tombs for royalty. The apogee of the Mycenaean civilization was the period between c. 1400 and 1120 BC, when strong citadels and elaborate palaces were built, while the known as Linear B script came into use; the language used has been shown to be an early form of Greek, confirming that the Mycenaeans were Greek speakers of Indo-European origin.

The political structure was that of an autocratic monarchy, the ruler of which was known as the wanax, who administered his territory by means of an hierarchical structure of officials. There was a special class of priests and priestesses. The people were organized in an elaborate class system, and slavery was widely practised.

The site of Mycenae is known from excavations to have been occupied from the Neolithic period (c. 4000 BC). During the 17th century a cemetery was established on the southern slopes of the natural hill, the Grave Circle B, followed by the Grave Circle A in the 16th century BC. The Palace was constructed on the summit of the hill and surrounded by massive cyclopean walls in three stages between 1350 and 1225 BC. A series of tholos tombs were built on the southern and south-western slopes of the hill during the Mycenaean Period - the so-called Tomb of Aegisthos (c 1500 BC), the Lion Tholos Tomb (c 1350 BC), the Tomb of Clytemnestra (c 1220 BC), culminating in the Treasury of Atreus, at some distance from the others. Four large buildings, believed to have been royal workshops, were built in the 13th century BC in the vicinity of Grave Circle B.

The Palace was abandoned at the end of the 12th century BC and a number of buildings were damaged by fire. In the centuries that followed and throughout antiquity the Mycenaean citadel housed a small settlement and a sanctuary dedicated to Hera. By the time the Greek traveller Pausanias visited Mycenae in the 2nd century AD it had been completely abandoned for many years. 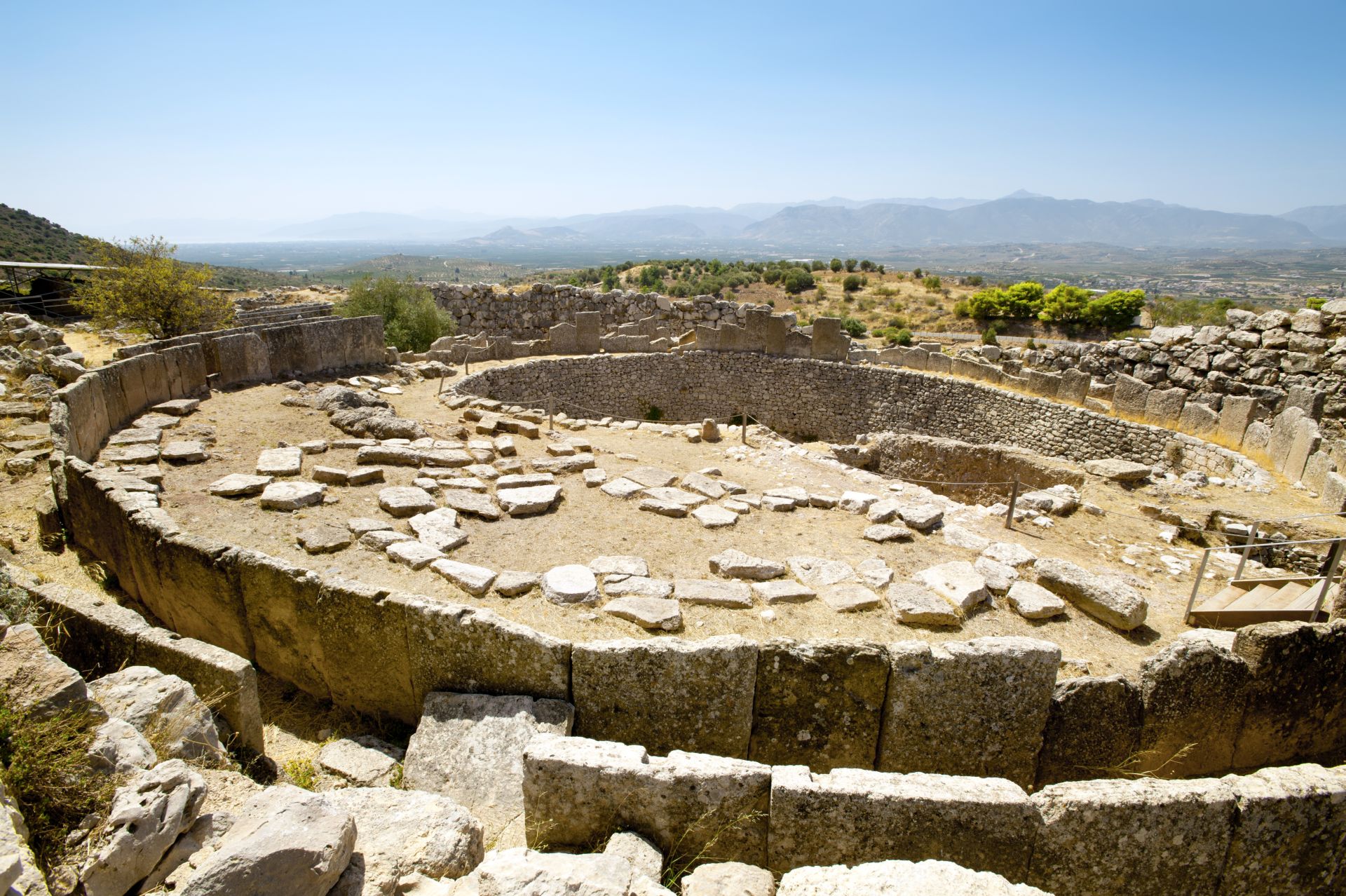 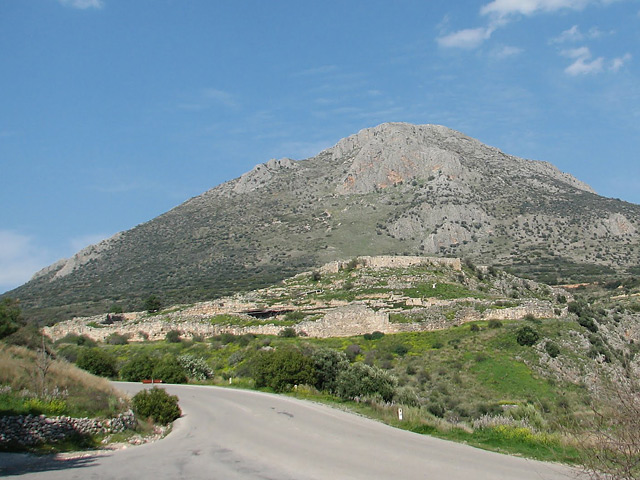 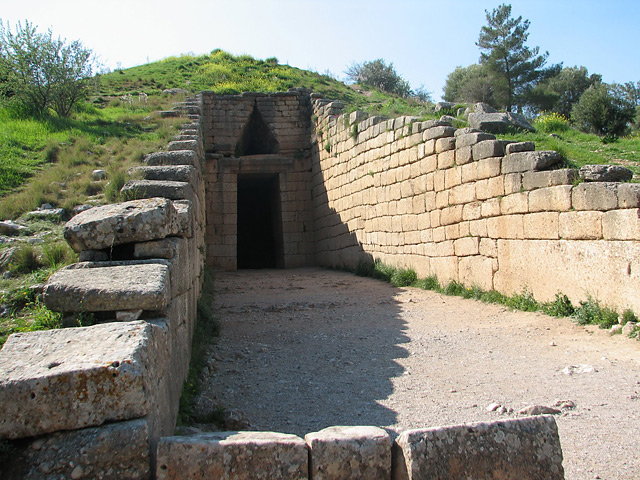 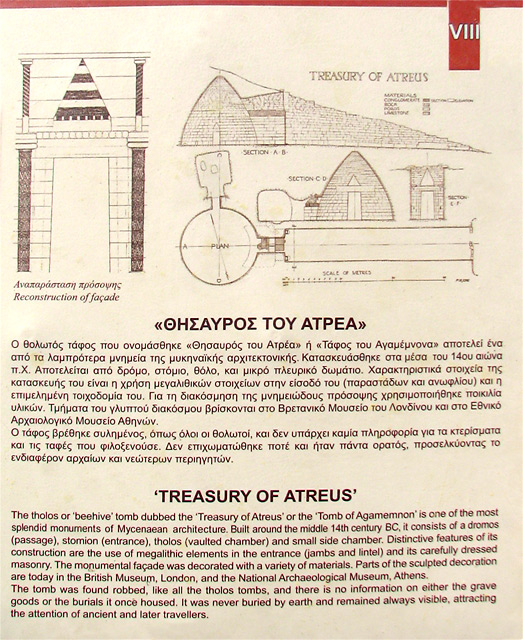 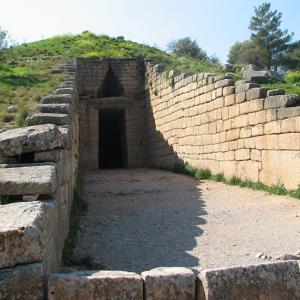 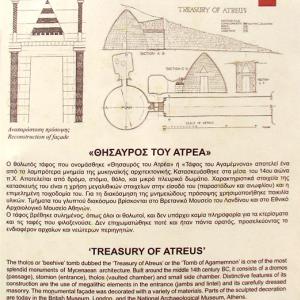 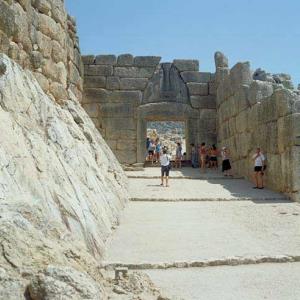