Plomari is a small town with 4.000 people. It's situated in the Southern part of the island of Lesvos between the two gulfs of Kalloni and Gera.
It's the second biggest town on the island after the capital, Mytilene, and it's about 40 klm from it.
At first Megalochori, which is a village 15 klm north of modern Plomari, 600 m. high in the mountains, was called Plomari and it can be considered the metropolis of Plomari.
Fear of the pirate invasions kept the residents of Plomari far form the sea for a lot of years. But when conditions of security were established and there was no fear of pirates, Plomarians came to live near the sea and started building their new town in the place where it is today.
With the help of experienced sailors, some of whom came from the South Aegean Sea, Plomarians built up a good navy.
Besides that, they were occupied with agriculture and with their hard work and patience they changed the mountains to endless olive tree fields by building low stone walls even on the steepest mountainous slopes to created the suitable territorial conditions fro the growing of olive trees.
Since then olive oil has been a valuable and unique product of the area.
Before the island's liberation from the Turks (6th November, 1912) Plomari had 10.000 inhabitants and it was full of life.
It used to have ten olive press factories, four soap factories, one factory crushing olive kernels to turn them into fuel and fie ouzo factories.
After the destruction of Asia Minor, it lost its biggest and most important area of financial and commercial trade. So Plomarians started to emigrate to bigger cities in Greece and abroad. More than half the population of the town emigrated and many villages were deserted.
Plomari of today has quite changed and is different from the one people used to know. People's occupations, their social status and the building space, which is being extended all the time to the east and to the south, are changing continually.
Most of the inhabitants make their living by collecting olives during winter and from tourism during summer.
The very clean sea and the wonderful beaches of Saint Isidoros, Amouleli, and Red Rocks are an irresistible attraction for tourists.
This text (extract) is cited June 2003 from the Municipality of Plomari & Committee of Touristic Development of Plomari tourist pamphlet (1989). 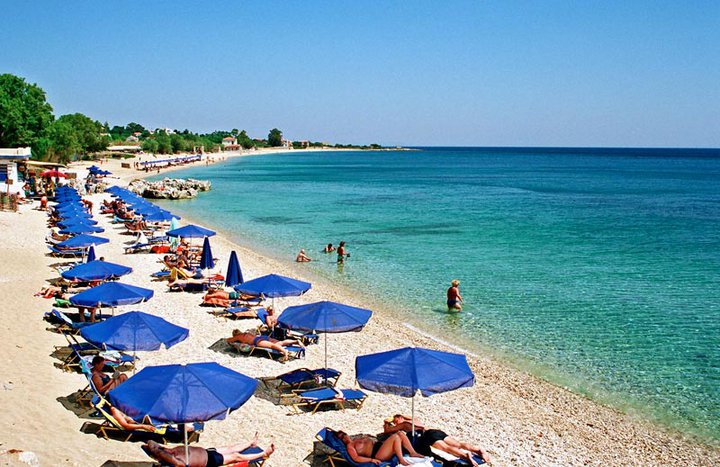 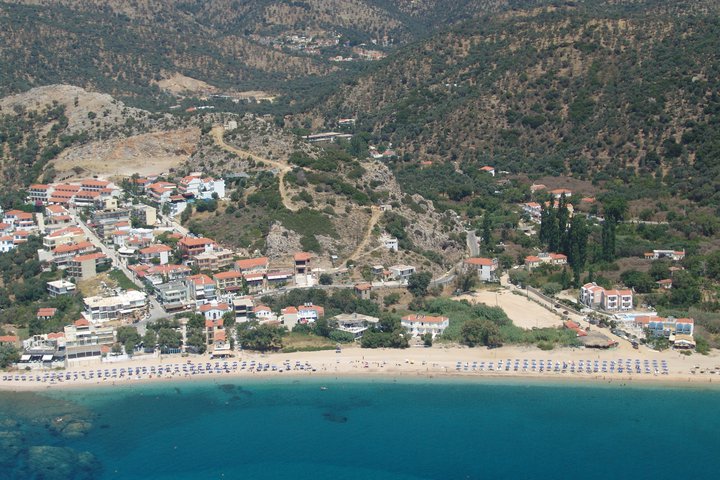 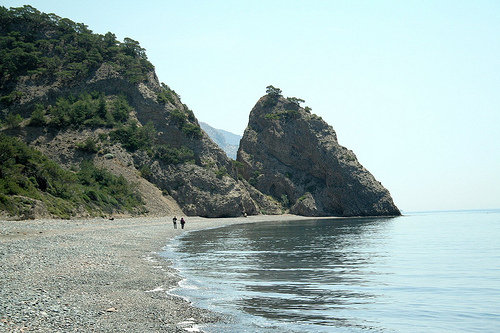 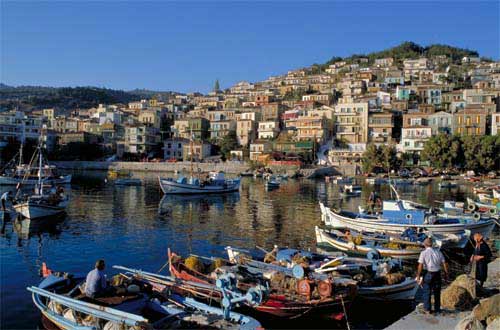 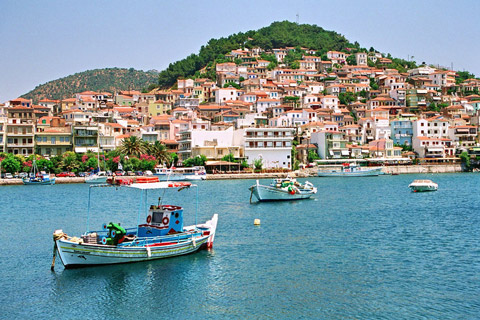 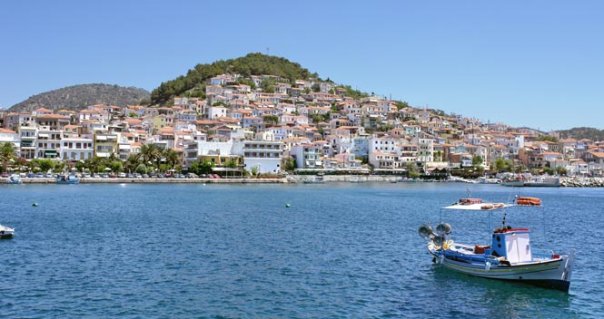 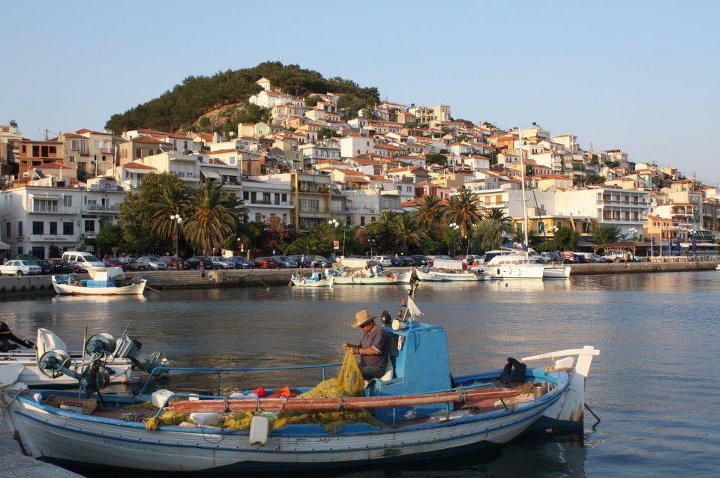 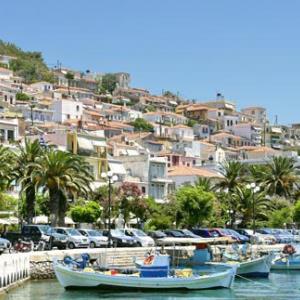 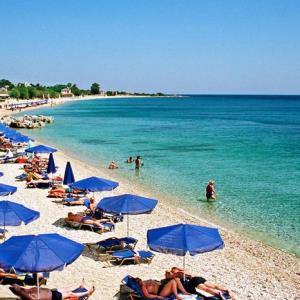 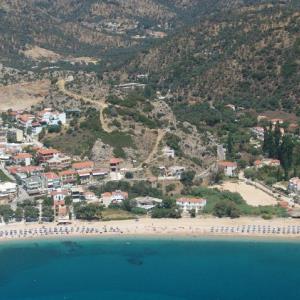 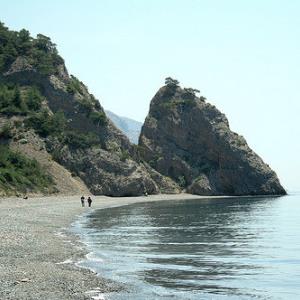 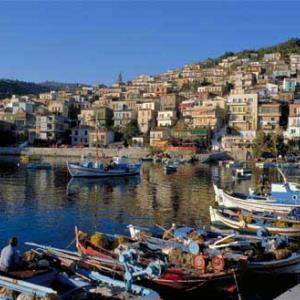 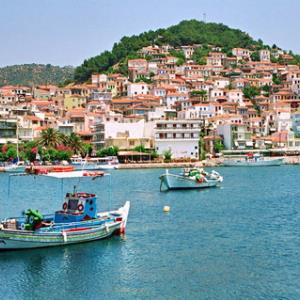 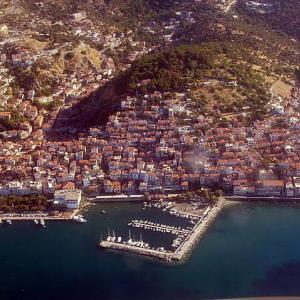 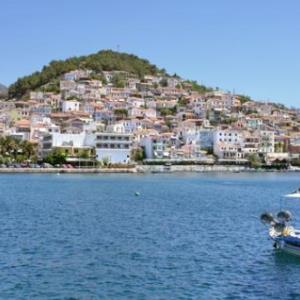 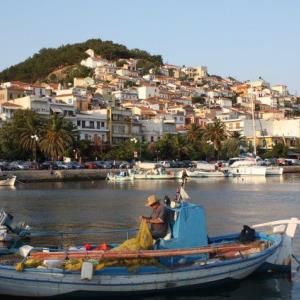