This beautiful and picturesque colonizing is located on the slopes of mount "Kakia Skala". So it watches from the top all the Kampochora, the Kambos, the sea and the coast of Ionia (Asia Minor) across the Aegean. The village took its name from the dafnes (=laurels) and it's 9,5 kilometers away from the city of Chios if you go by Halkios, but if you go by the "Koris Gefiri" and Psaropetra, it is 8 kilometers. The tradition mentions that the village comes from an old colonizing at Petrana, at Kanavoutsata, or at Lavrina. It was transferred at its present location, always according to the tradition, at the end of the 10th and the beginning of the 11th century.
The favored Saint of the village is Agios Panteleimon, the temple of whom is at the entrance of the village with a wonderful stone belltower, built in 1990. In the village there is Agios Georgios church, an ancient and parish temple which has been repaired and renewed recently. Around the village there are the places Kanavoutsato, Stratigato, Vestarchato, where there was plenty of Medieval and older Greek material. Those names show the marks the Genoese leadership left in the area, like the ruined castle in the center of the village, the tower in Lavrina, etc.
This text is cited Feb 2002 from the Municipality of Kambochora URL that have been removed. 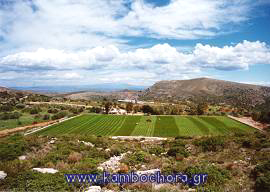 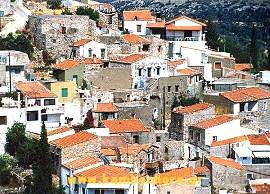 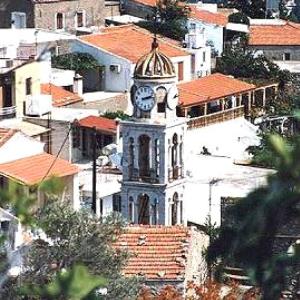 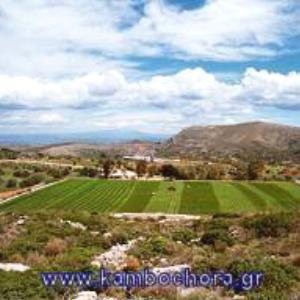 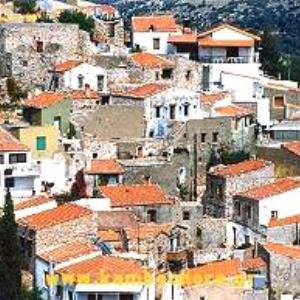 Information about the place2 Places of worship3 Festivals and fairs4 Local governments1
Total area information: 11 information found around the area