The Byzantine Monastery of Panagia Chozoviotissa is located on a steep cliff, 300 m. above sea level, which overhangs the southeastern coast of the capital (Chora) of Amorgos. The position, inaccessible and imposing, is visible only from the sea.
The name of the monastery is a corruption of the name Choziva or Koziva, a location in the Holy Land, where the Orthodox monastic tradition flourished since the early Christian times. In the oral tradition of Amorgos survived the narrative of the miraculous advent of the icon of Panagia on the island during the period of Iconoclasm. The monastery heirlooms include two icons bearing the inscription ΧΩΖΗΒΙΤΙCΑΣ (CHOZIVITISSA). In fact, the co-study of Byzantine historical sources, of the events of this turbulent era in the eastern Mediterranean and in Palestine, and of later ecclesiastical documents (codices and patriarchal sigillia) suggests that the first building on site dates to the 9th century AD, when the icon first came on the island, thus supporting the oral tradition. Decisive evidence regarding the foundation history of the monastery provides the inscription preserved on a silver hexapterygon (metal disk with a representation of the six-winged Serapheim) of 1652, according to which the monastery was rebuilt (or fundamentally renovated) by the Byzantine emperor Alexios A’ Komninos (1081-1118), whose decree of 1088, giving stauropegic rights to the monastery, is also known to us from literary ecclesiastical sources.
Hence a Middle- and Late Byzantine monument, the monastery comprises a building complex, fully incorporated to its surrounding environment. The steep uneven land imposed a multi-level plan evolved in eight floors, so that the monument seems like a white expansion of the rock. At the centre of the complex lies the small vaulted church, which is surrounded by the numerous monks cells, along with a series of auxiliary spaces (kitchen, bakery, storerooms, wine press), cisterns and wells. Staircases, built or carved in the rock, lead from one level to another. In terms of layout, building technique and architectural form the complex is a typical example of the popular island architecture of Greece, preserving additionally important elements of the past, such as the Byzantine arches or the pointed arches of the Venetian period (1296-1537).
An exhibition of the monastery heirlooms was organized in 1978 and is open since then to the public. Among the most important exhibits of the collection are:
- Codices in pergamene (10th- 15th centuries) or paper (13th-19th centuries), sigillia and printed Evangelia.
- Important specimens of ecclesiastical gold-embroidery decorated with precious stones. Also metal components of clerical vestments created by several workshops of silver craft. In their majority the exhibits date to the 18th and 19th centuries.
- Valuable ecclesiastical objects and vessels, such as icons, crosses, chalices, candle stands, oil candles etc. 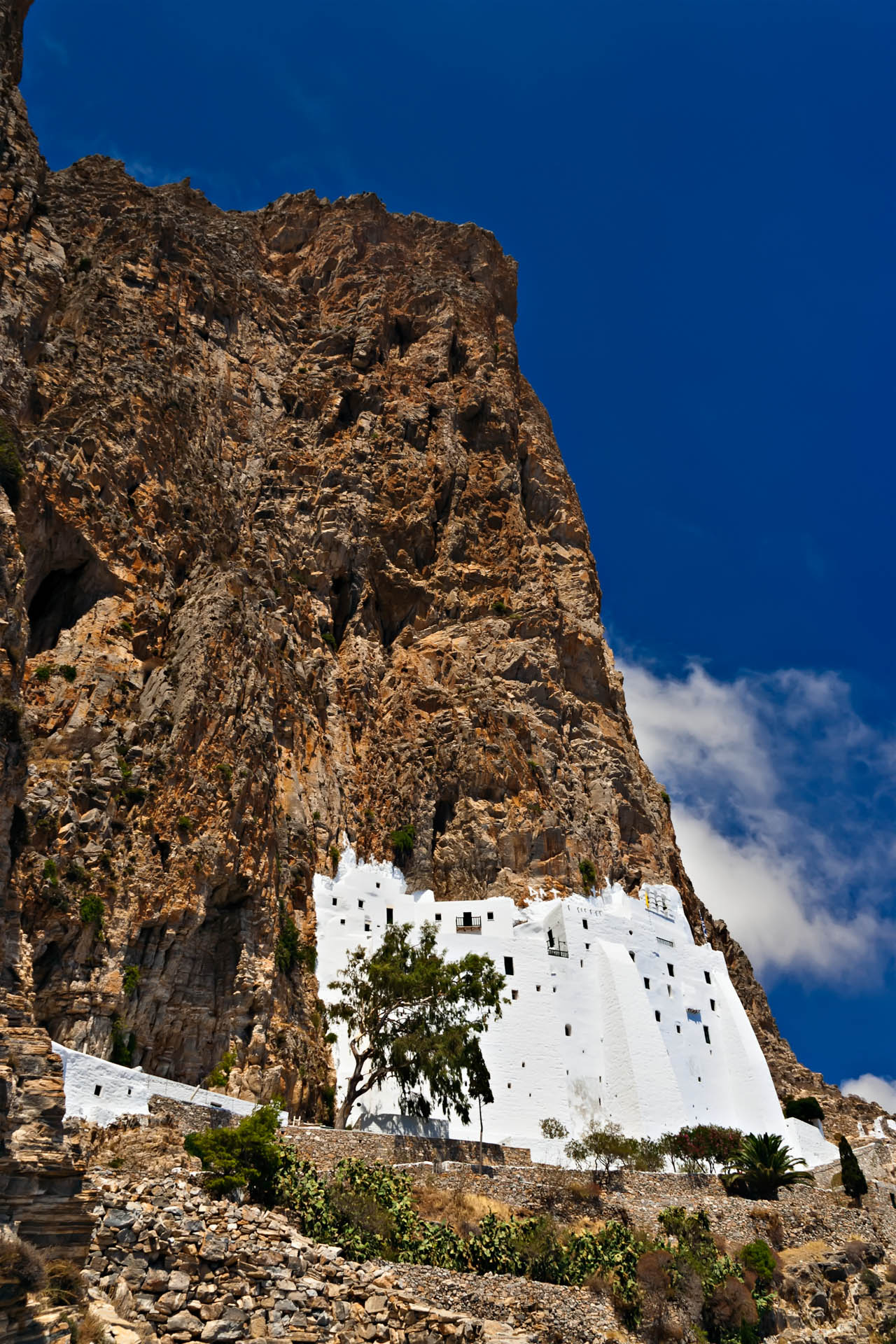 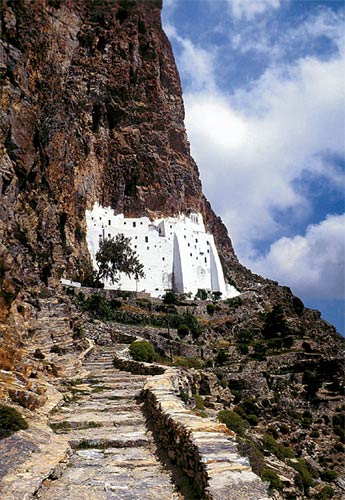 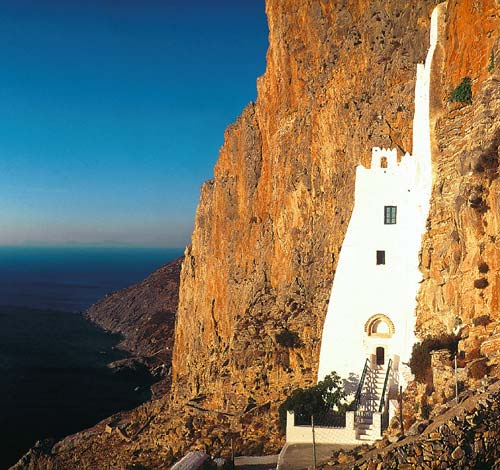 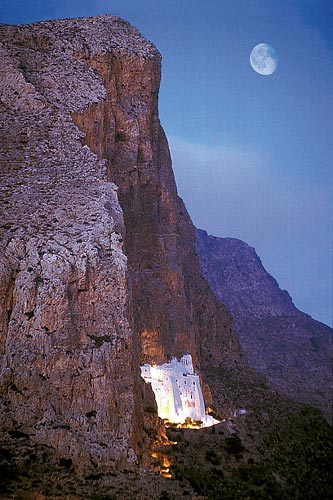 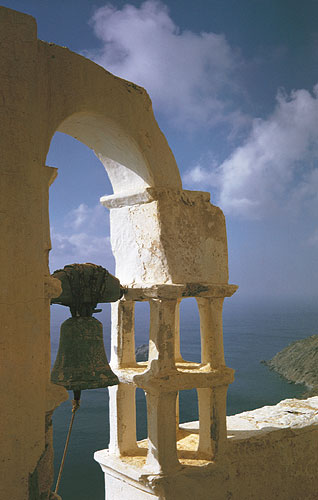 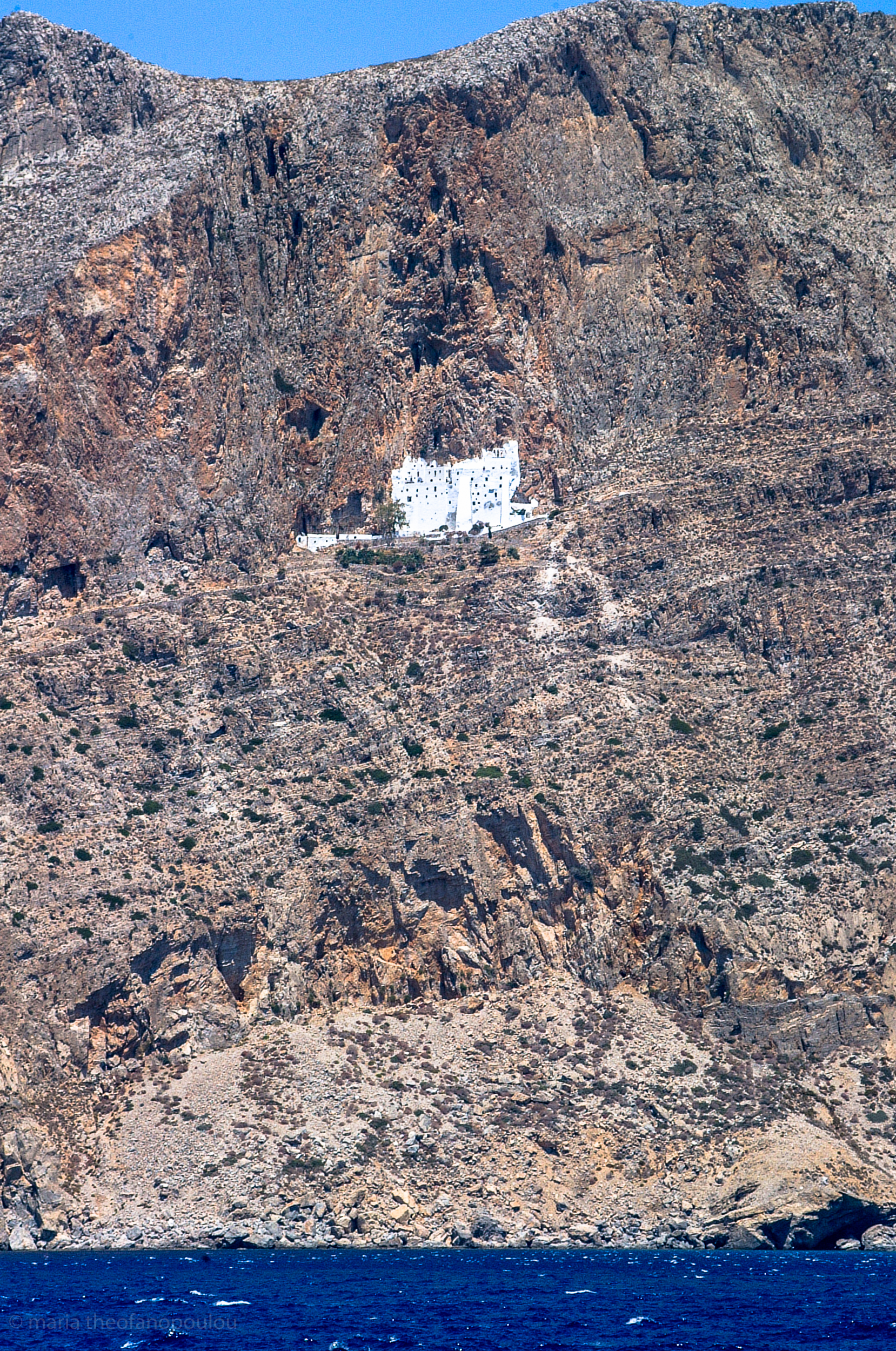 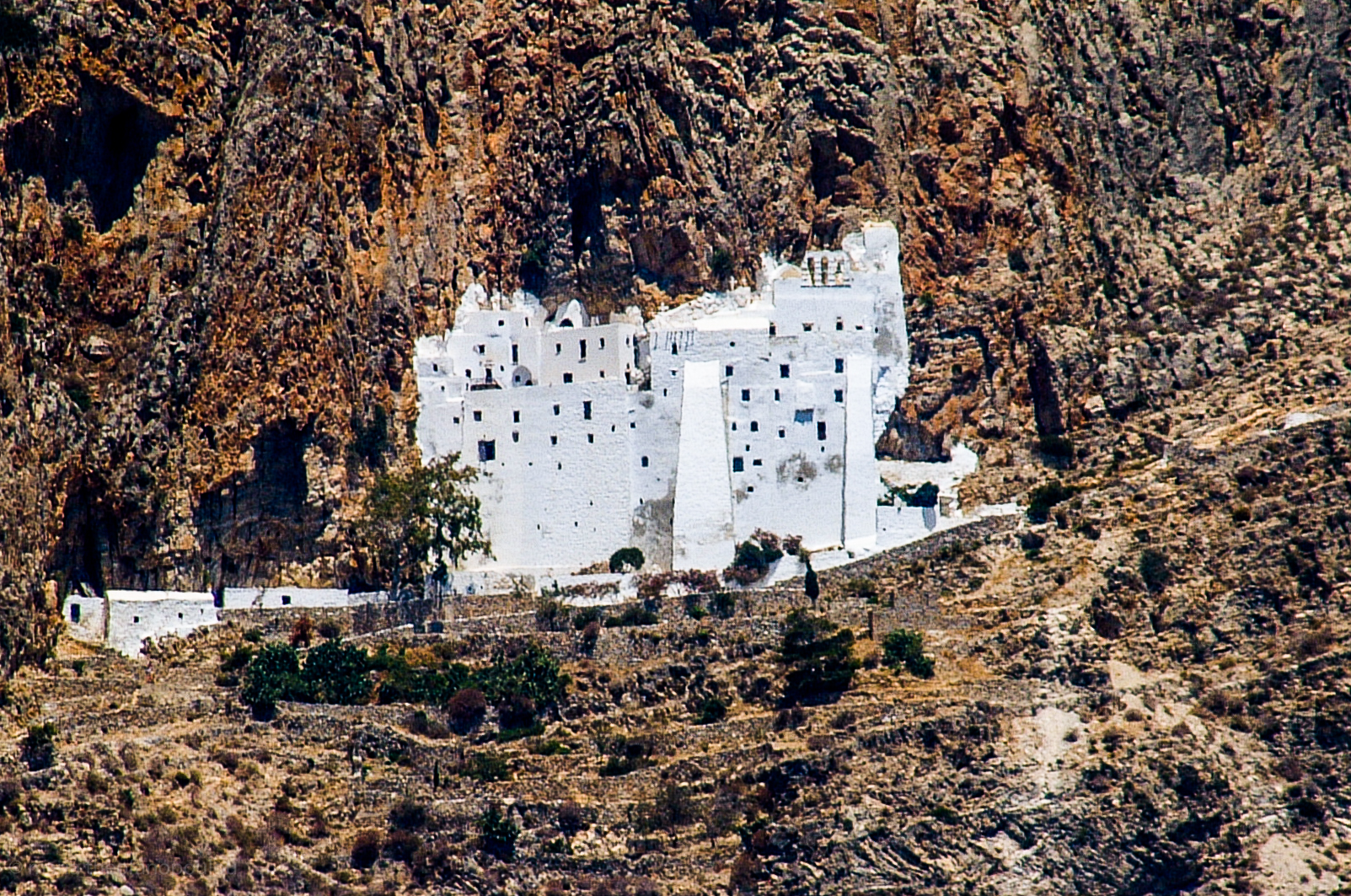 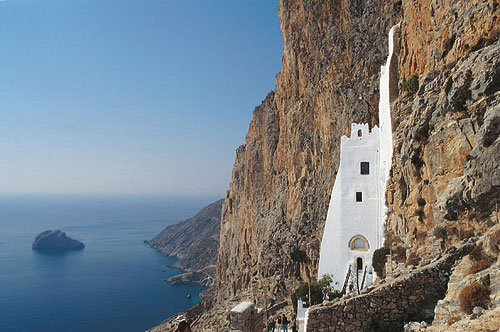 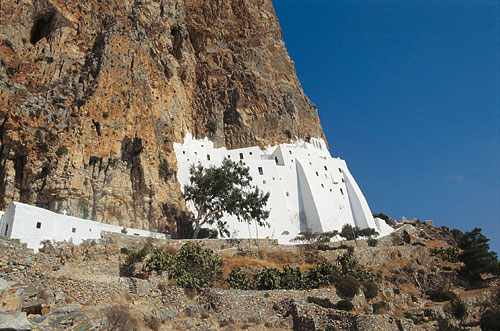 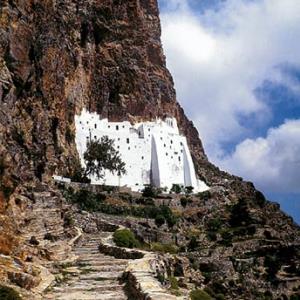 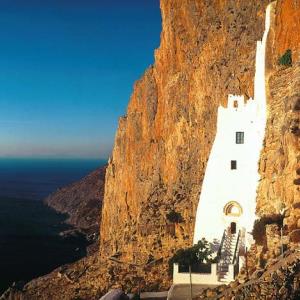 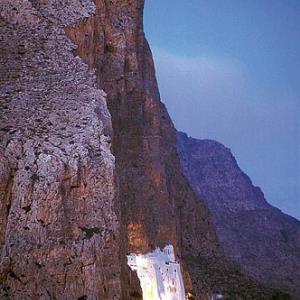 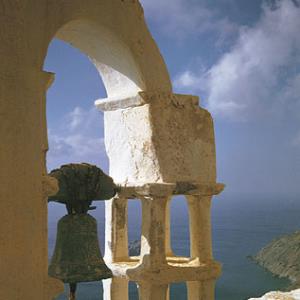 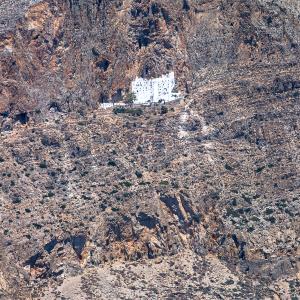 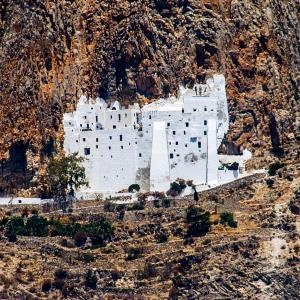 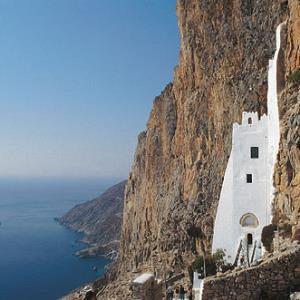 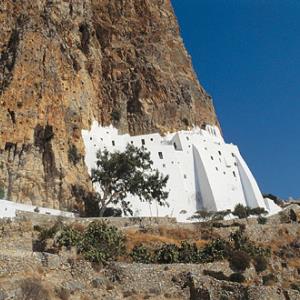