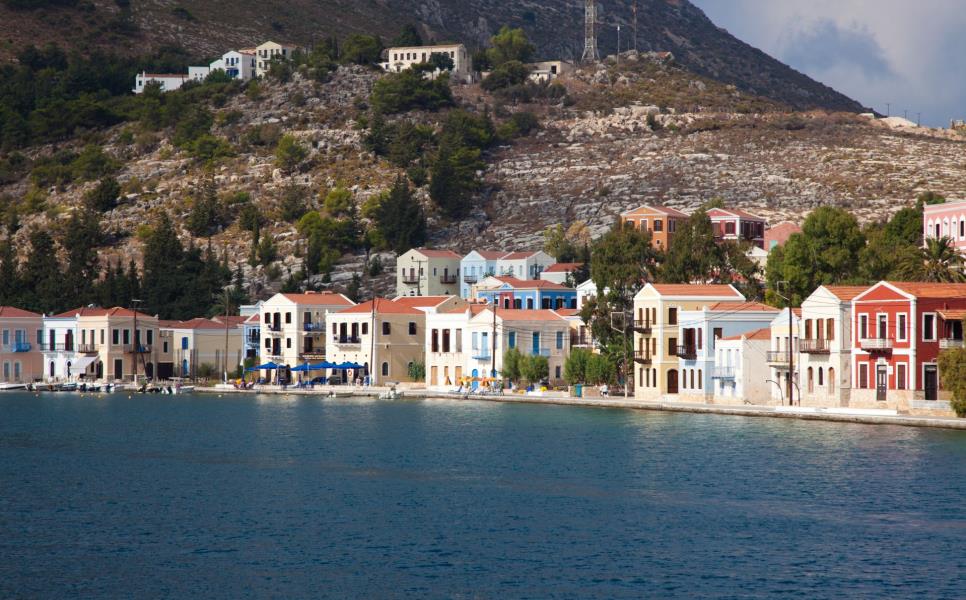 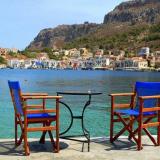 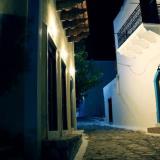 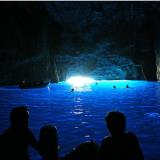 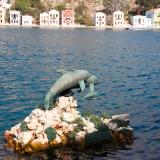 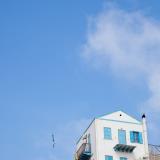 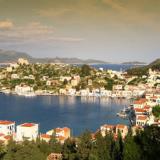 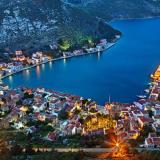 prev next
Displaying 10 out of 25 total images found for MEGISTI (KASTELORIZO). View all.

Megisti (or Kastellorizo) is the Aegean’s easternmost island. It has been inhabited since prehistoric times. The Dorians who settled it later constructed fortified acropolises near the present day town and at Palaiokastro, where some ruins can still be seen. The name Kastellorizo comes from its castle, Castello Rosso (or red castle), erected by the Knights of St. John.
The island’s only settlement is Megisti, otherwise known as Kastellorizo, on the northeast coast. Its houses line the horseshoe - shaped port and climb up the foothills of the mountain behind it. The top of the mountain is crowned by the aforementioned castle, where Lambros Katsonis fought the Turks in 1788. The gracious two-storey neoclassical houses with their brightly painted doors and windows, wooden balconies and tile roots on the waterfront and the majestic domes of the churches, testify to the island’s former prosperity. A photograph in the Archaeological Museum will show you how many hundreds of houses there used to be. Most of them were destroyed by World War II bombs.
Though there are no beaches as such on the island, you can take a little boat to the particularly beautiful blue grotto of Parasta, and there is excellent swimming from the rocks near the port. Boats are also on hand to take you to the nearby islets of Ro (6 n.mi. west) and Strongili (5 n.mi. southeast). Both islands have wonderful beaches. Ro became famous when its sole inhabitant, the lady of Ro, used to raise the Greek flag there every morning.