The sunrays shed light all over the open-roofed cave

The turquoise waters of Melissani Lake

Lake Melissani and the beach of Karavomylos are the end point of one of Kefallonia's best known and most significant geological phenomena. The seawater that constantly falls and disappears into sinkholes (Katavothres) near Argostoli, after a subterranean journey through the island in an eastern direction, reappears in Melissani Lake in semi-salted form. Following a new subterranean route, it ends up in Karavomylos Lake, washes through a large waterwheel and, finally, into the sea once again. The journey from Katavothres to Sami Bay takes 14 days as proved by a test undertaken in 1963 when large quantities of a phosphorus-ladden substance was poured into the entrance at Katavothres. Traces of the substance emerged at the termination point after 14 days.

The cave lake of Melissani is 3.5 km long, 40m wide and 36m high. A part of the roof has caved in enabling the sunrays to enter this subterranean world, giving it a magical assortment of colors as the sunlight is reflected off the cave walls and the lake waters. This phenomenon is especially beautiful around noon when the sunlight comes in vertically through the opening in the roof. The cave is host to stalactites and stalagmites over 20.000 years old. Tours are conducted by boat. On the lake's rock formation - referred to as the "islet" - the archaeologist Spyridon Marinatos discovered an ancient shrine sacred to the god Pan. The finds recovered from the site are now on display in the Archaeological Museum of Argostoli. 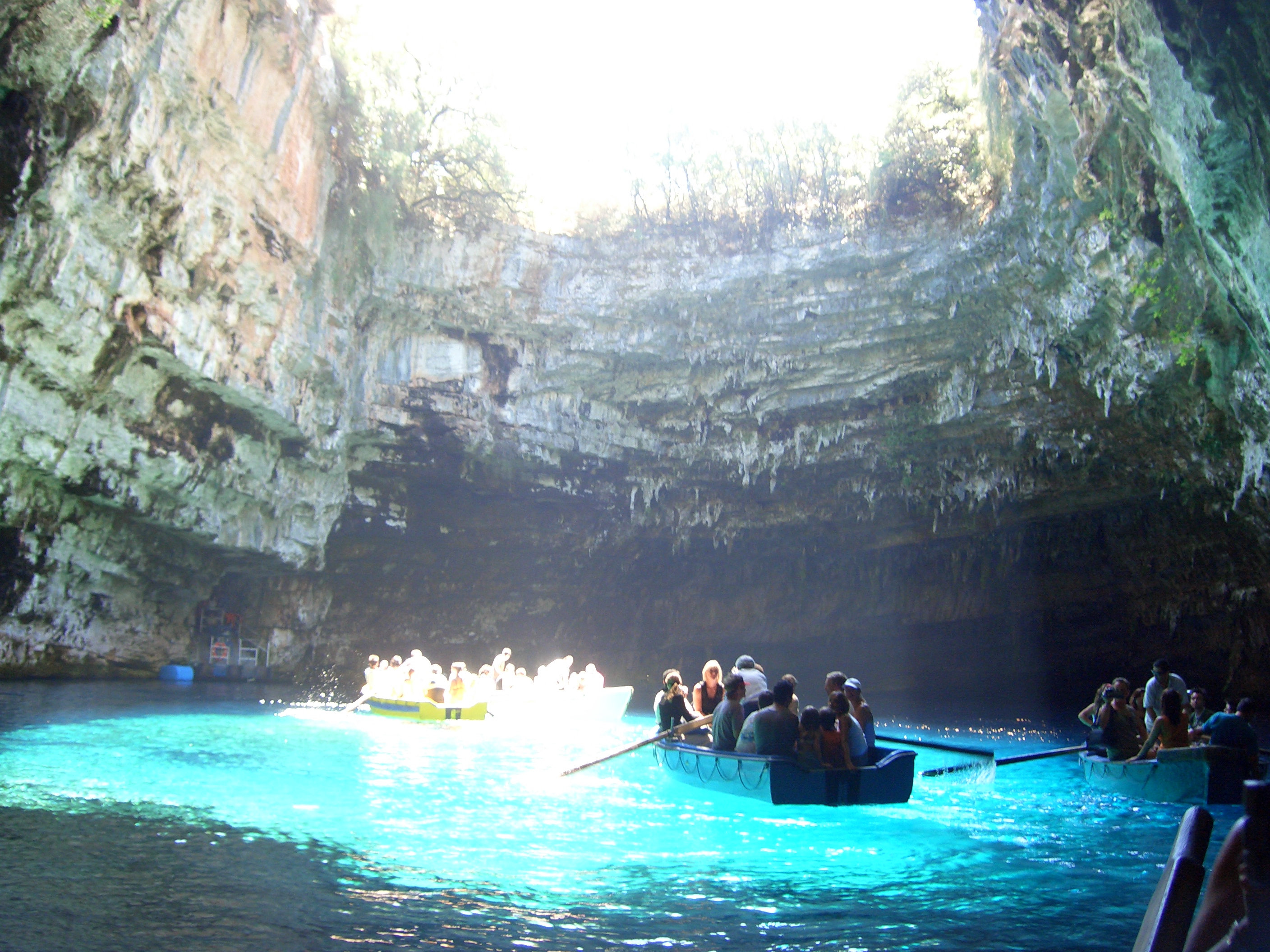 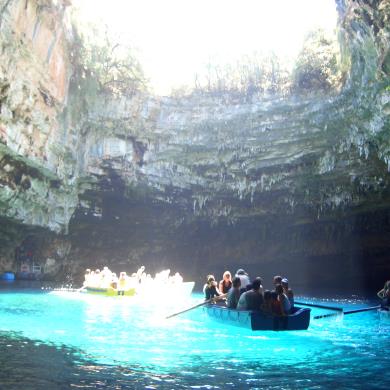 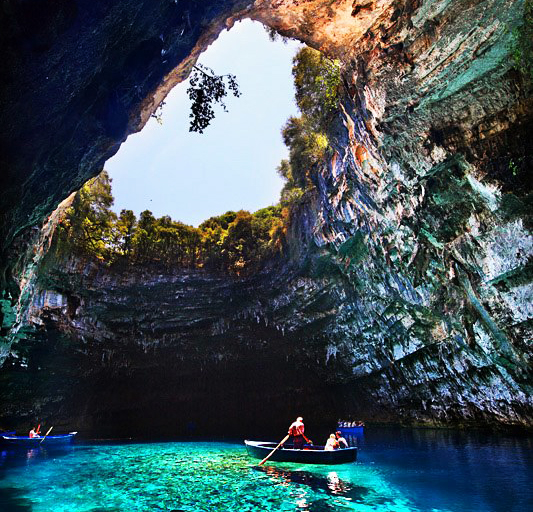 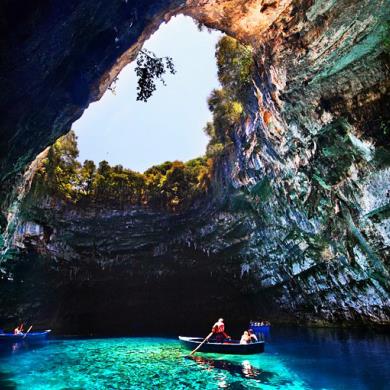 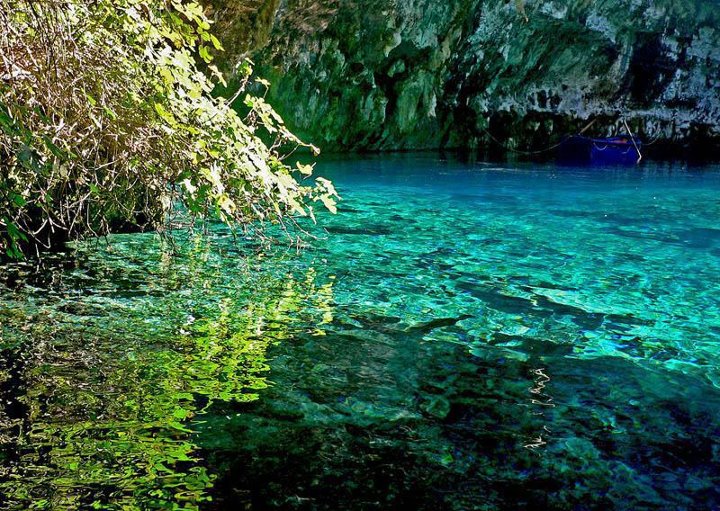 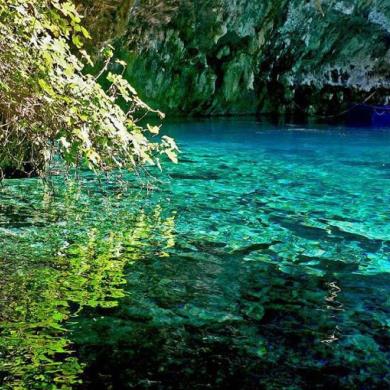 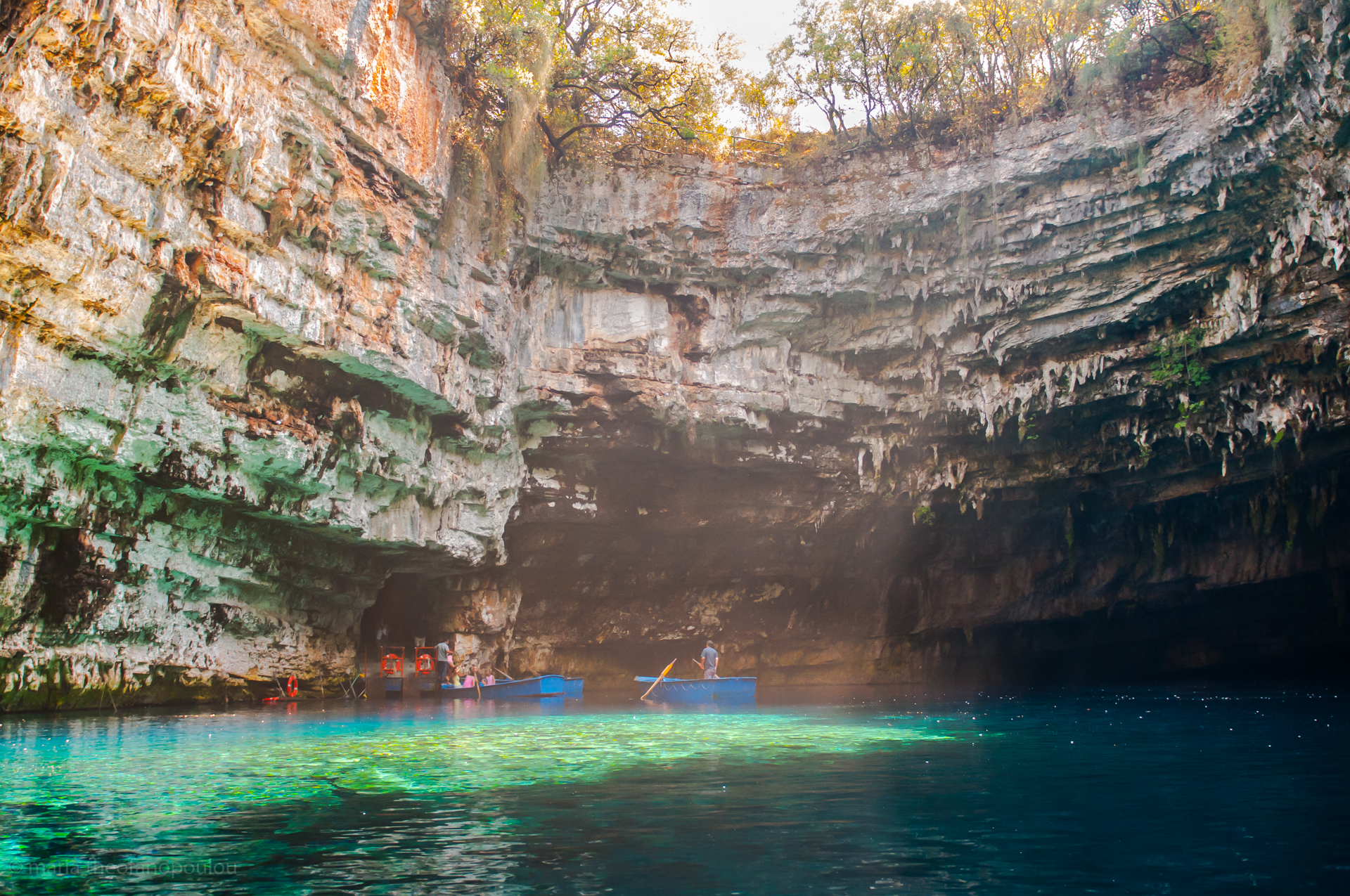 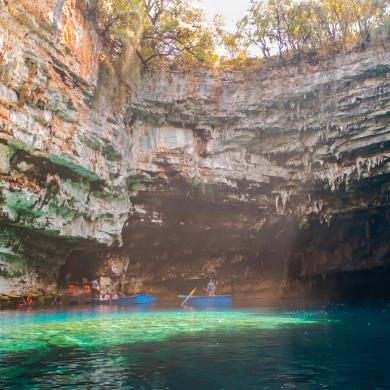 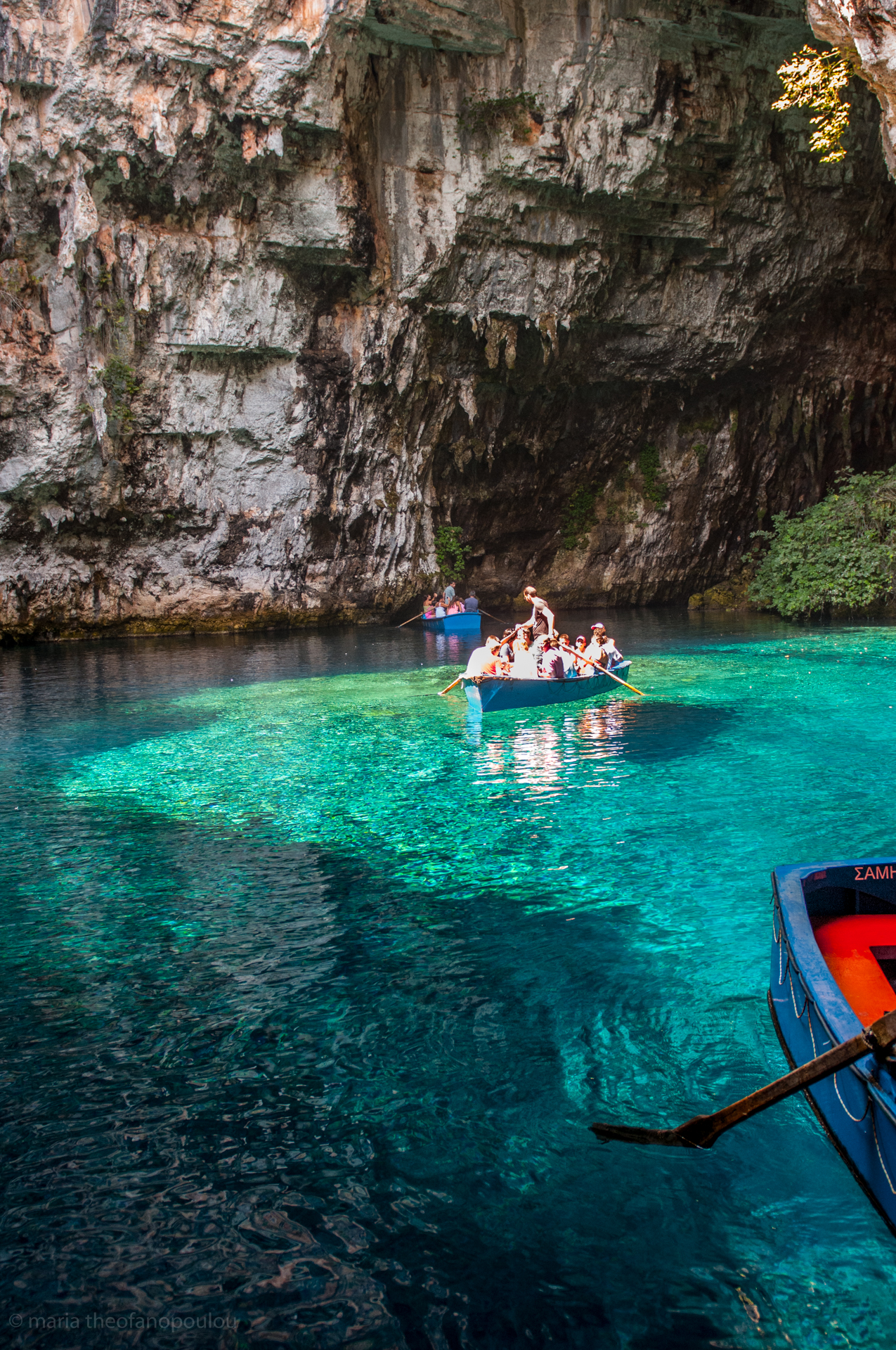 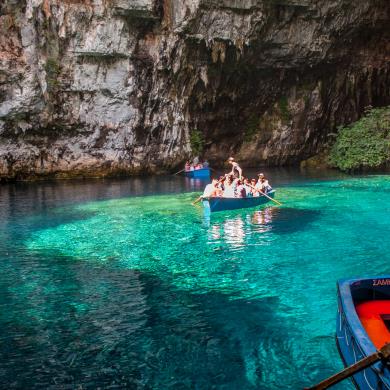 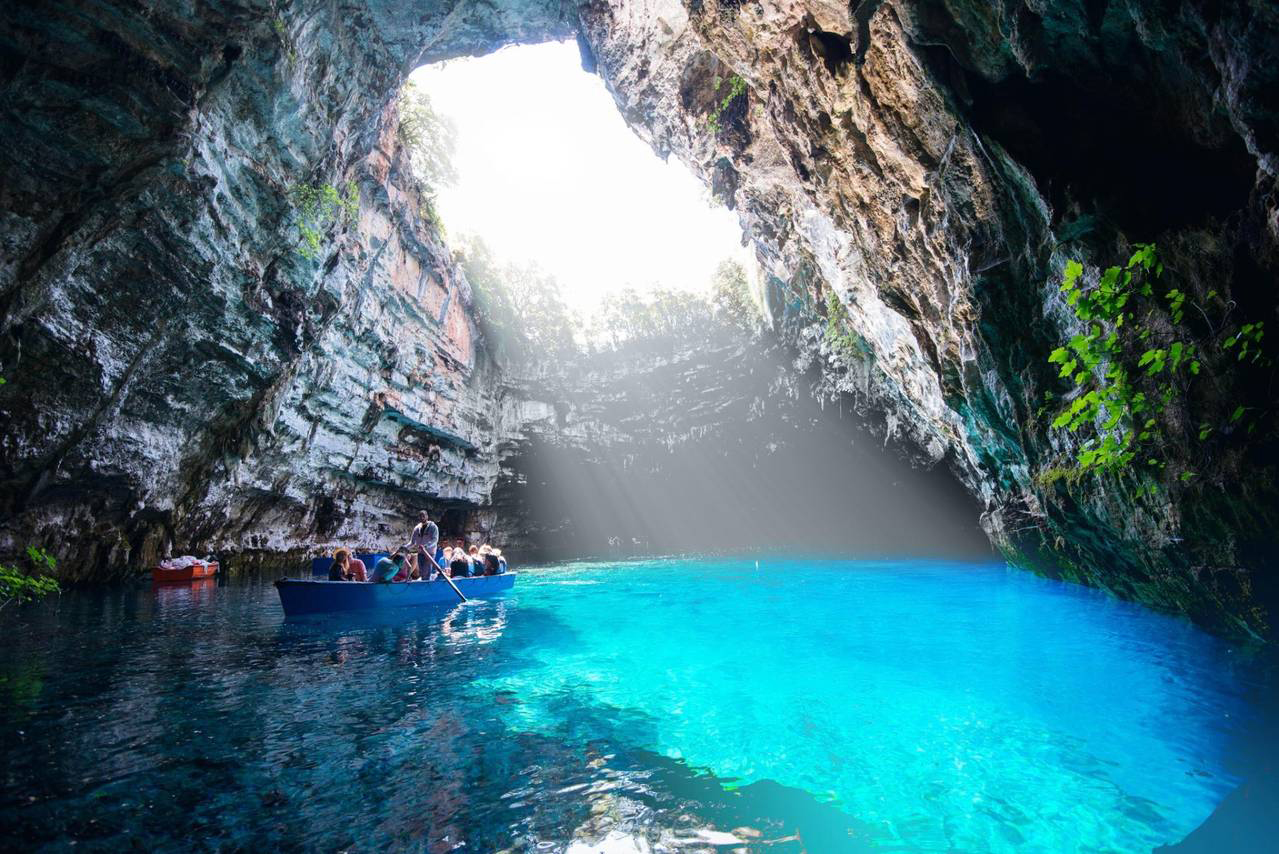 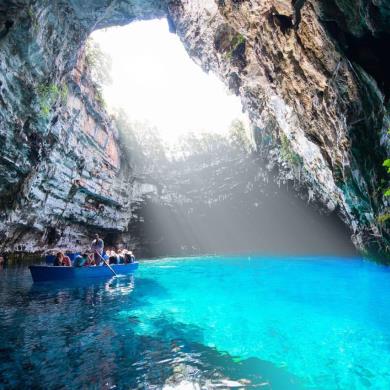 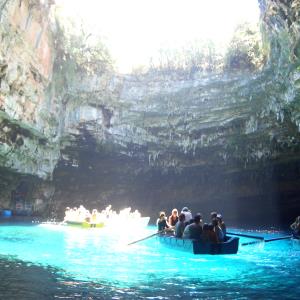 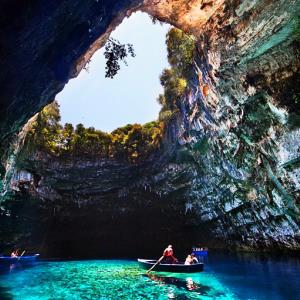 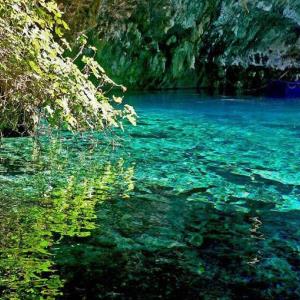 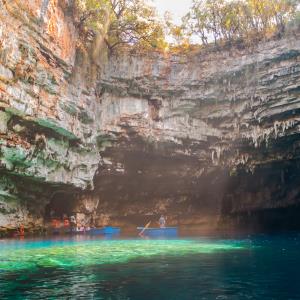 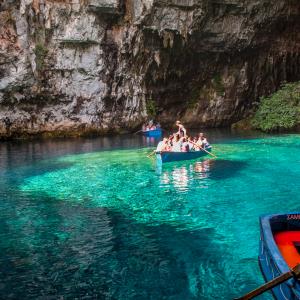 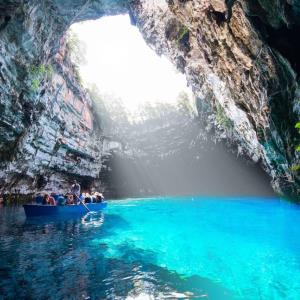