Castles & Fortresses
Address: 47100 ARTA , EPIRUS , GREECE
Tel.: +30 26810 24636
URL: http://www.arta.gr/index.html
E-mail: 18eba@culture.gr
The castle of Arta was built in the middle of the 13th century, during the reign of the Despot of Epirus Michael II Komnenos Doukas (1230-1268). Here were the palaces of the ruler and the administrative headquarters of the Despotate of Epirus, one of the two Byzantine states established after the fall of the Byzantine Empire to the Latin Crusaders in 1204.
The castle was built on a low hill in the northeastern part of Arta, and in fact its enclosure wall is founded on the ancient fortification of the city. The massive walls were reinforced on three sides with a total of 18 towers, while the east side had as natural limit and defense shield the riverside of Arachthos, which was much closer to the walls at that time than it is today. The defensive character of the castle was strengthened in the Ottoman period, when it was the seat of the Turkish governor of the city. The tall clock tower, built as a natural extension of the walls, was erected in 1875.
In the southwestern corner of the castle is formed an internal fortress, which the Turks called "Uc Kale" (acropolis) and the locals "Kastraki" (small castle). The inner wall surrounding the fort, the labyrinthine entrance, the crypts and the confined vaulted rooms indicate that this area was the ultimate refuge from invaders and it is also suggested that from the mid-14th century the court of the reigning family had also been transferred here. The palace of Komninoi-Doukes no longer exists today, while some scant architectural remains and decorative features are the only evidence that Kastraki was its likely location. During the Turkish occupation the area functioned as a prison until the liberation of Arta in 1881. It is said that during the Revolution of 1821, the Turks imprisoned in Kastraki General Makriyannis with his fellow fighters.
Today, the center of the main fort occupies the building of the Xenia hotel, while in Kastraki operates since 1987 the municipal outdoor theater, which hosts important cultural events of the city.
Though its turbulent history did not leave it unscathed, the castle still stands proudly in the most prominent part of the city, in spite of conquerors and time. The medieval castle, along with the Byzantine churches of Arta, comprise one of the most important monumental complexes preserved today in Greece, indisputable witnesses of the last gleam of Byzantium in its twilight years. 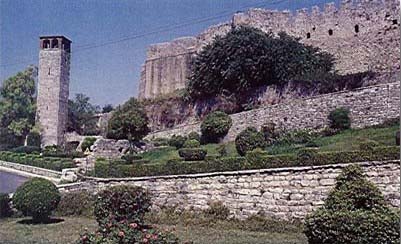 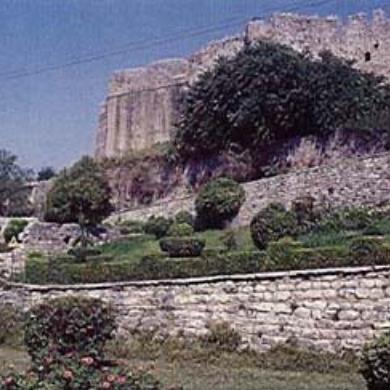 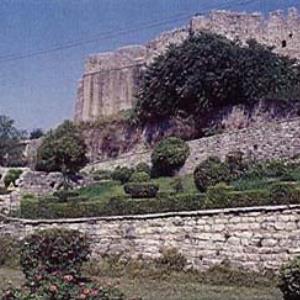