At the entrance of the port of Chania is situated the Fortress "FIRKA", which was constructed by the Venetians (1204-1669), in order to establish the local guard and at the same time to control the entrance of the port. At this Fortress is situated today the Maritime Museum of Crete, founded to shelter and preserve the hellenic maritime tradition, with a special focus on Crete.
THE EXHIBITION
The exhibition articles include ship models, various instruments and equipment, paintings, heirlooms, objects which were pulled up from the sea bottom, potsherds, pictures, etc. These exhibits are presented in classified units, which revive the Greek nautical history.
Α. - FROM THE BRONZE AGE TO THE ROMAN PERIOD
Bronze Age ships and the triremes of classical antiquity, representations of naval battles from the Persian (Salamina, Mikali etc.) and the Peloponnesian Wars.
Β. - BYZANTINE PERIOD
Ship models presenting the completion of rowing navigation, which marked the beginning of the Byzantine sailing navy. A special section refers to the piracy in the Aegean which was at its peak that period.
C. - VENETIAN PERIOD
This exhibition refers to the period of the Venetian occupation. There are old maps, models of Venetian ships and a big model of the Venetian town of Chania with its fortification and dockyards. One model depicts three dockyards constructed by the Venetians. They were used for the mooring and the protection of the galleys and for small repairs.
D. - TURKISH OCCUPATION - GREEK WAR OF INDEPENDANCE
The Turkish occupation follows the period of the Venetian occupation. Portraits of the naval battles fighters who were distinguished in the struggle, the different types of ships of the revolutionary fleet. The battles of Crete till the union with the rest of Greece.
BALKAN WARS
From the middle of 1912 the Balkan states successively declared war against Turkey. On 1st December 1913 the Greek flag is hoisted at "FIRKAS". Photographic material and ship models of that period revive the activities of the Greek Navy, whose mission was to safeguard the domination in the Aegean Sea and to prevent supplies by sea to the army fighting at the European Turkey.
SECOND WORLD WAR
Photographic material and ship models narrate the Greek resistance against the Italian and German invasion until the heroic Battle of Crete which marked the subjugation of Greece to Hitler's forces.
POST - WAR PERIOD
Photographic material, ship models and equipment from this period's ships following the technological innovations. Frigates, submarines, destroyers, anti-submarine helicopters etc.
SHELL EXHIBITION
This exhibition is devoted to the world of the sea bett, offering a vista of the various shells founded at the bottom of the seas. These appealing forms of sea-life, with their amazing variety of shapes, sizes and colours comprise a miracle of the nature. 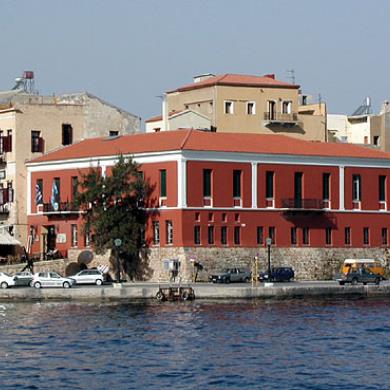 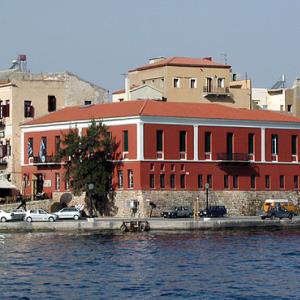