The devotional character of the site goes back to prehistoric times, while the establishment of the sanctuary of Zeus is attested in the early historic era. In ca. 515 BC the tyrant of Athens Peisistratos initiated the construction of a monumental temple that was left unfinished because of the fall of the tyranny in Athens. Much later, in 174 BC, Antiochos IV Epiphanes, the king of Syria, attempted to continue the erection of the temple, which was finally completed by the Roman emperor Hadrian, in AD 124/125.

Among the largest monuments of the ancient world (110.35 m. in length and 43.68 m. in width) the Hadrian's temple of Zeus bore a double row of 20 columns on the flanks and three rows of 8 columns on the narrow sides. Apart from its size, this building was the first example where colonnades of the Corinthian order had been used on the exterior of a major temple. Within the temple stood the colossal gold-and-ivory cult statue of Zeus, while outside the building an equally colossal statue of Hadrian was raised by the Athenians in honour of the Roman emperor's generosity. In fact, Hadrian's reign marked the last flourishing period of ancient Athens. 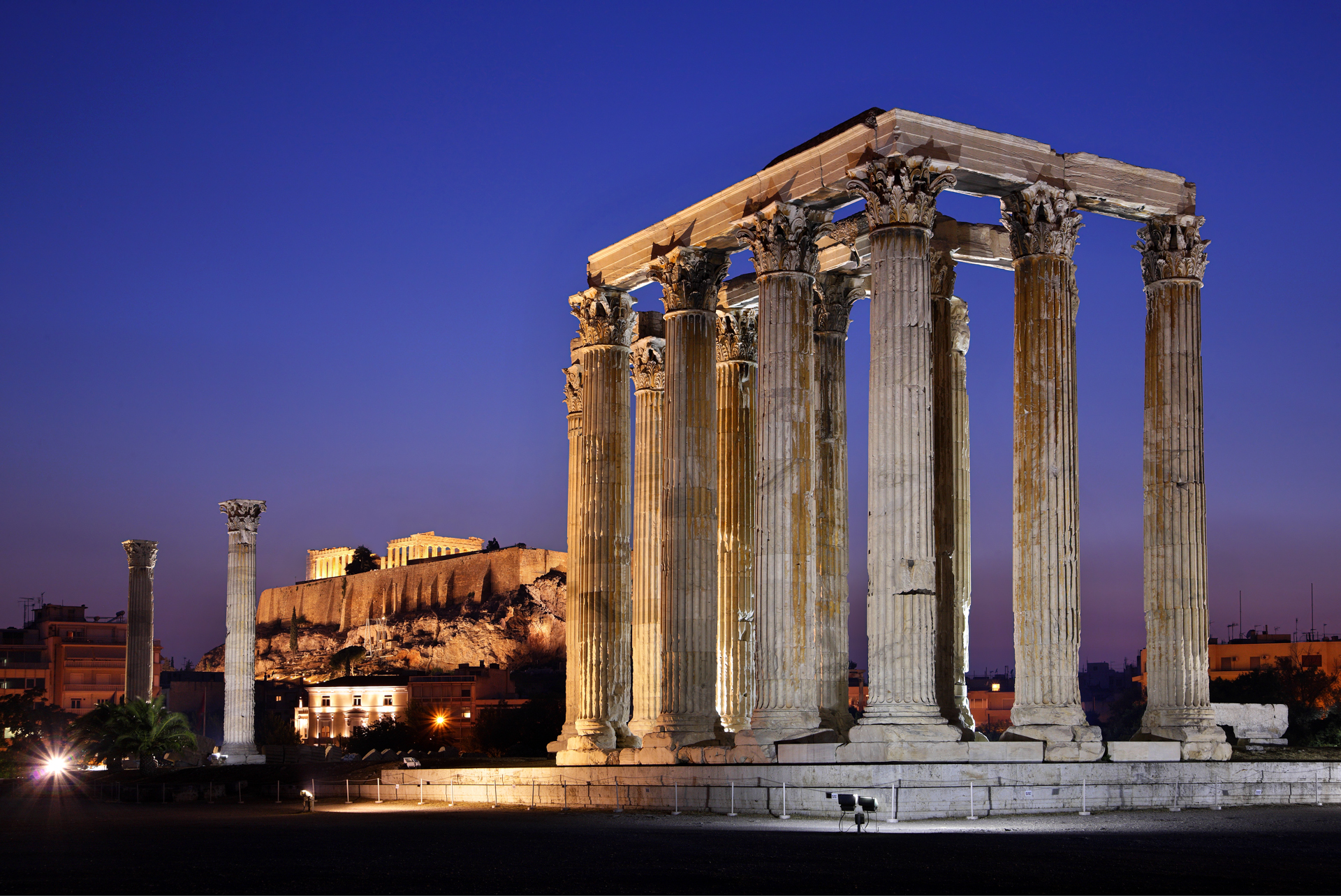 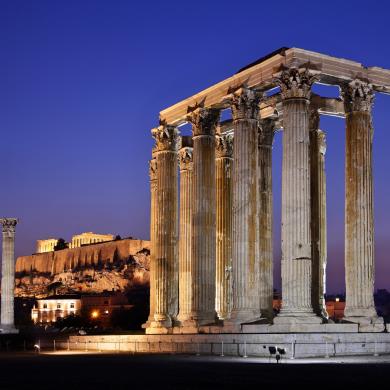