Monastery, Byzantine & Post-Byzantine Monuments, Cultural heritage
(Est. 1363)
AGION OROS , HALKIDIKI , GREECE
Tel.: +30 23770 23253, 23685, 23880
URL: http://odysseus.culture.gr/h/2/gh251.jsp...
The monastery is built by the sea, in the N.E. side of the peninsula and is dedicated to the Transfiguration of the Saviour. The Katholicon follows the athonite type and has frescoes of the 14th c. that were painted over in 1845. The monastery has 15 chapels, the most important of which is that of the Dormition of Virgin. Among the Kellia of the monastery, the most important are of the Ravdouchou, possibly of the 10th c. and the Dormition of the Virgin, named Axion Esti after the namesake icon. The Skete of Prophet Elias belongs also to the monastery.
The monastery's founders were two byzantine officials, Alexios and Ioannis, who in mid 14th c. with the support of the emperor Ioannis 5th Paleologus, transformed their cell into a monastery. After the fall of the empire, the monastery is financially supported by rulers of eastern Europe. Two destructive fires took place in 1773 and recently in 1948.
The monastery possesses a large collection of portable icons, ecclesiastical vessels and heirlooms, while in the library there are 350 manuscripts and over 3,500 books.
The monastery is inhabited by a brotherhood of 25 monks. 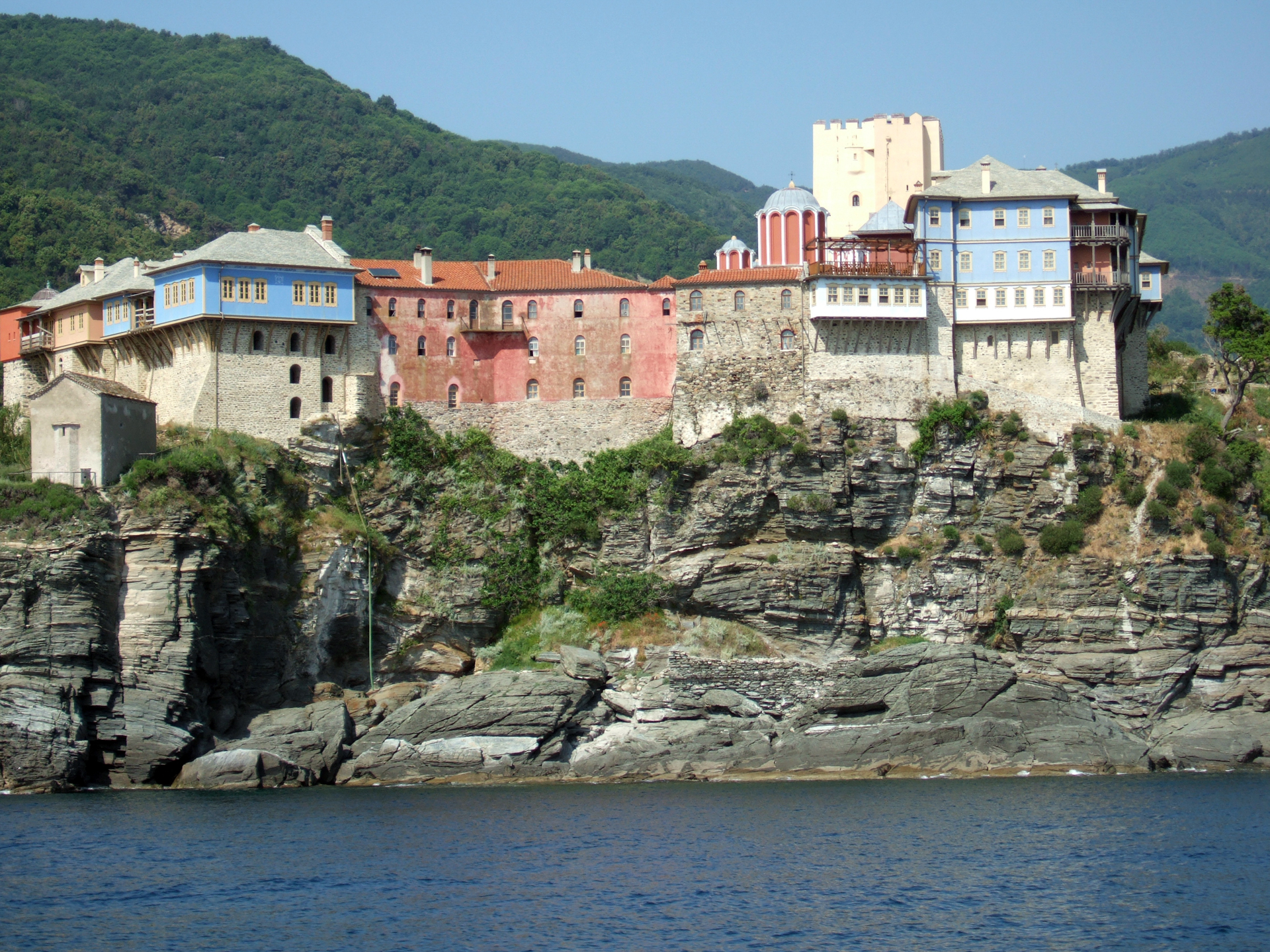 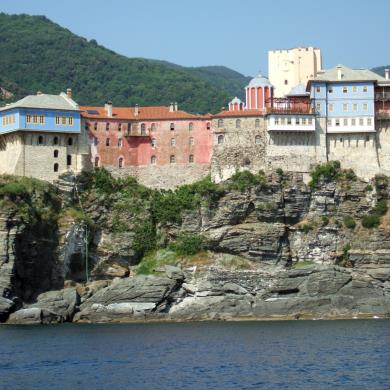 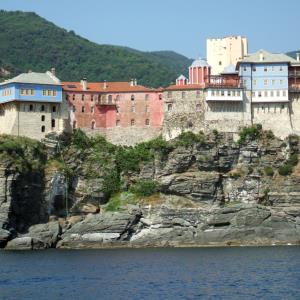