Monastery, Byzantine & Post-Byzantine Monuments, Cultural heritage
(Est. 972)
AGION OROS , HALKIDIKI , GREECE
Tel.: +30 23770 41488, 23283
URL: http://www.mountathos.gr/active.aspx?mod...
The monastery was built during the second half of the 10th century, by three monks, Athanasius, Nicholas and Antonius from Adrinople, who were the pupils of St. Athanasius of Lavra. From then onwards several buildings have been constructed, but the most important ones, were those built during the Byzantine period, and on the 18th as well as the 19th century, when the monastery reached its highest peak.
It is a large monumental monastery surrounded by a tall wall, with its buildings set on Triangle. Inside the spacious courtyard, there is the central church, the cross-formed refectory and several chapels. Inside the central church one can see the only existing mosaics in the Holy Mountain, while its frescoes, painted around 1312, are attributed to the painter Manuel Panselinos from Thessaloniki.
About 50 monks live today in the monastery, where is applied an extensive construction project in order to restore the larger buildings.
Apart from the frescoes and the masaics, the monastery has in its possession a large number of unique portable icons, manuscripts and religious objects.
It is open to all the world scientists, which, however, must first contact the monastery and the 10th Ephorate of Byzantine Antiquities. 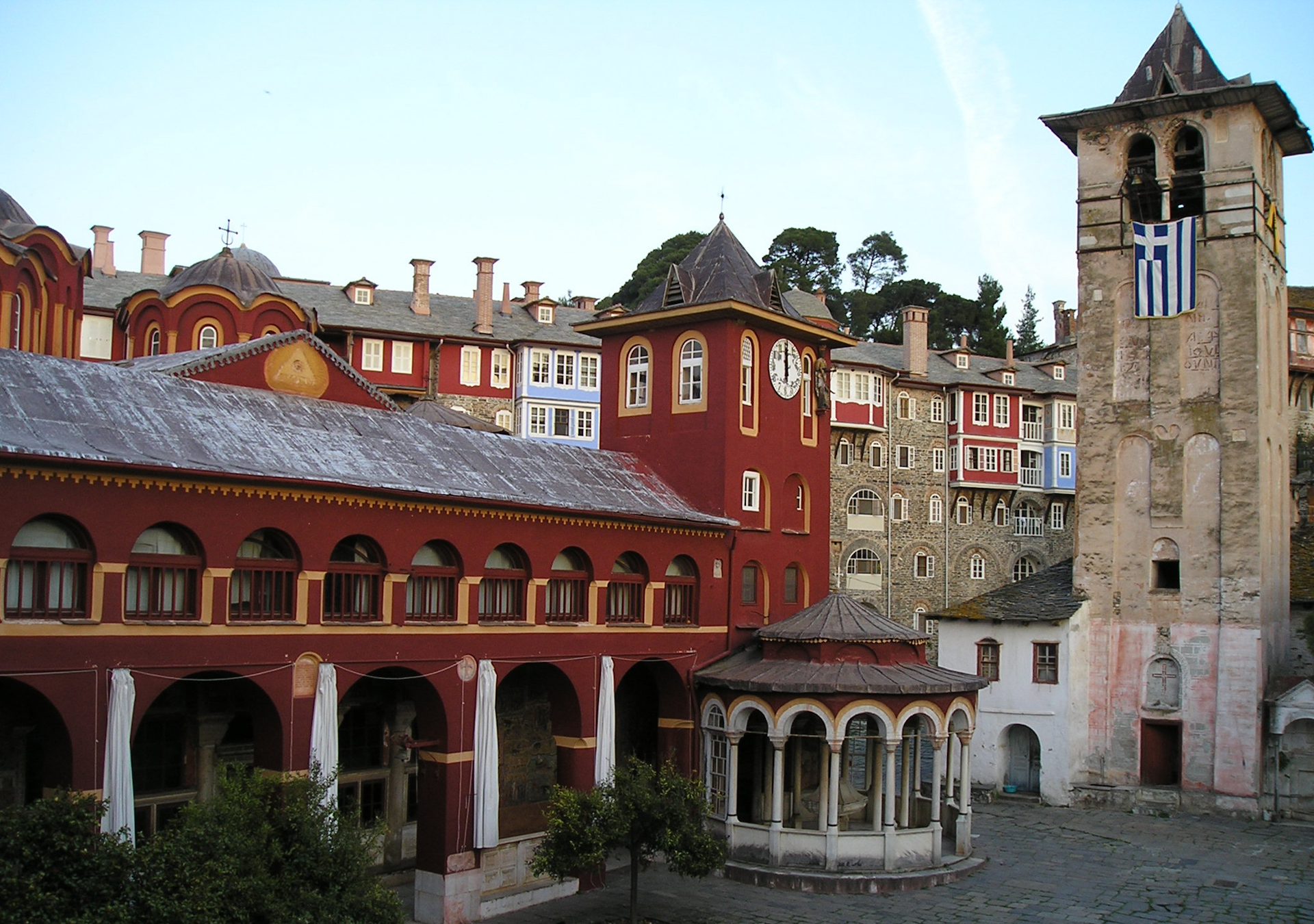 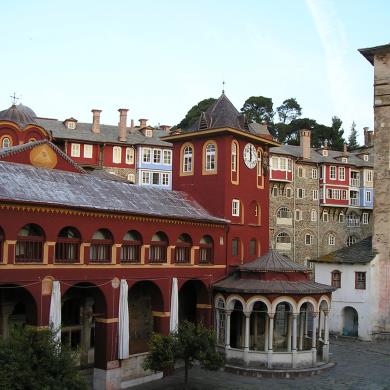 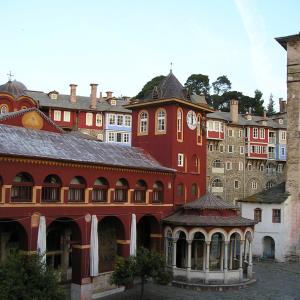