Letters and Arts Association of Kozani

The Museum, a creation of the Kozani Association of Arts and Letters, has been in operation since October 1987. It is housed in a building whose exterior aspect expresses the traditional architecture of western Macedonia.
In the interior of the building the space is arranged in such a way, as to afford visitors wherever they stand, a panoramic view of all the floors and exhibits.
In the basement are exhibited the collections of the Natural History department, such a 220 medicinal and aromatic herbs, rocks, minerals and others, petrified treetrunks, fossils of sea creatures, a represenation of a small cave with stalactites and stalagmites, etc. On the ground floor, which is the interior courtyard of the building, there is a traditional oven and well and representations of rural life and the life of the woodcutters in the forests which come alive thanks to a mechanical device.
The first and second floors house the historical section of the Museum. Through the medium of the various exhibits the visitor is informed about all the stages of development from the Neolithic Age to the early 20th century (Macedonian Struggle, Balkan Wars, Greco-Italian War, National Resistance). The showcases present the contribution of the Greek Orthodox Church to the education of the Greek population and to the struggles of the nation.
In the rooms of the third floor are shown the traditional activities of the primary sector of production, with the tools, implements and utensils used by farmers and shepherds and their households.
On the fourth floor we see representations of trades, shopes and home industries of Old Kozani. On the fifth floor are shown 58 authentic traditional costumes from Kozani and the surrounding western Mecedonian area.
On the stairway leading to the sixth floor there is a recess, which houses a small church with beautiful carved wooden arches of the late 17th century on its facade and a gilded ornamentation on the roof.
On the sixth floor there are representations of three rooms ("odas") of old Kozanian mansions (1650-1850), a "kitchen", a "family bedroom", a "women's workshop", a "room with the bride's trousseau" and a small "cellar".
The Museum also has a conservation workshop for his exhibits, a photographic workshop, a room for films shows and temporary exhibitions.

Some of the most important exhibits of the museum are:
Gilded carved central section of the roof with Christ Pantocrator, in the small church of the Museum (second half of the 17th century).
Section of the Museum of Natural History.
The women's workshop.
Tools of the Neolithic Age. 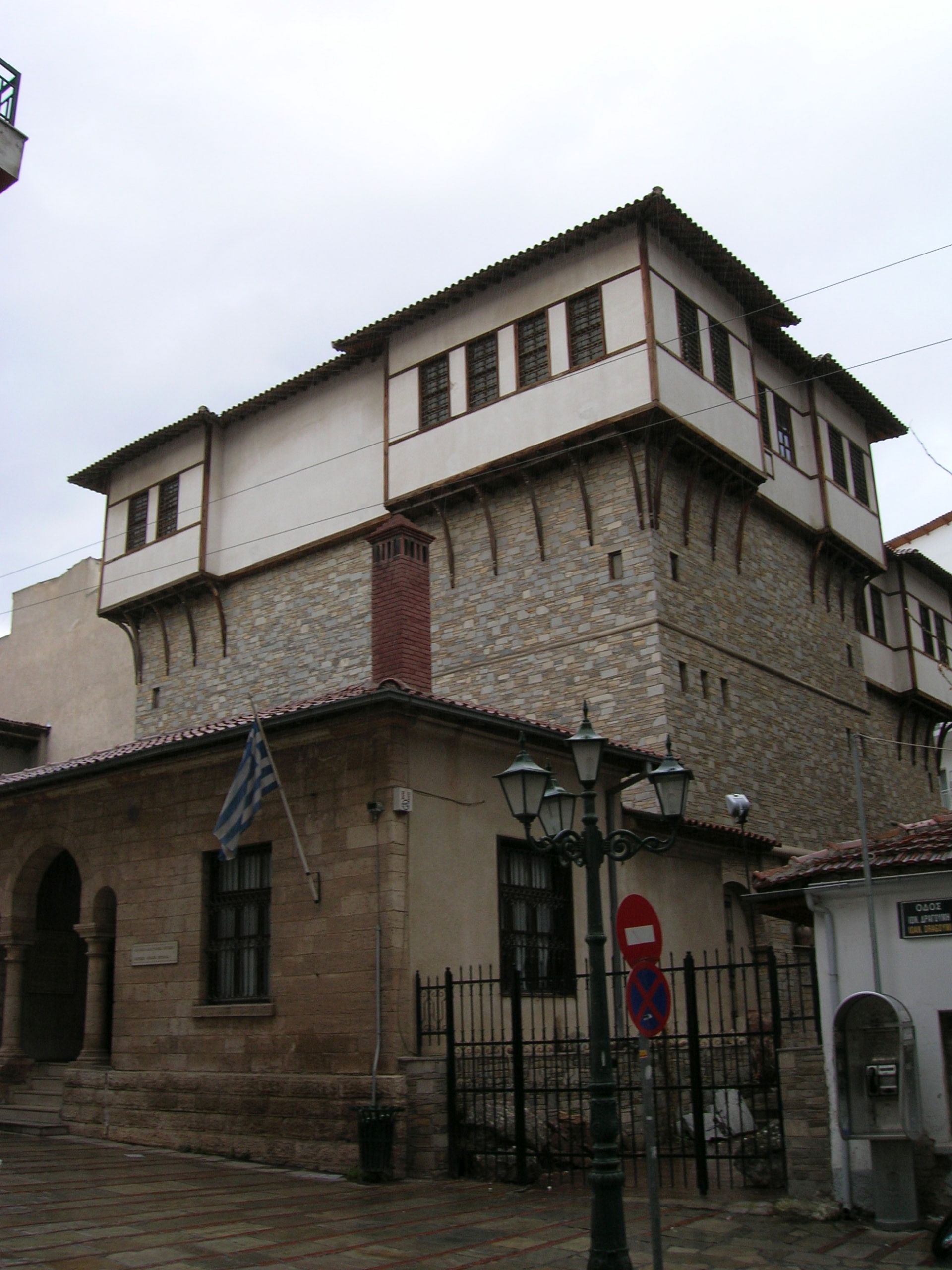 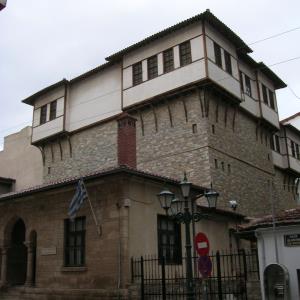