The construction of the lighthouse began in 1854 by the French Company of Ottoman Lighthouses. The height of the tower is 9 meters and its focal plane 16 meters. It’s located close to Trikeri village, at the furthest tip of Magnessia peninsula, at the Kavoulia cape in the mouth of Pagassitikos gulf.

The lighthouse was built in two building phases. The first was by the French Company of Ottoman Lighthouses, when the lighthouse’s keeper home was constructed, while the lamp placed on the top of a metallic tower. It was added in Greek Lighthouses Network in 1881, after the annexation of Thessaly to Greece.

At the second building phase, in 1918, the Greek state built the lighthouse’s tower, which is square and has a height of 9 meters. At the upper level is the cylindrical metallic cabin which houses the lamp.

In 2001 the lighthouse was listed historical monument by the Ministry of Culture. 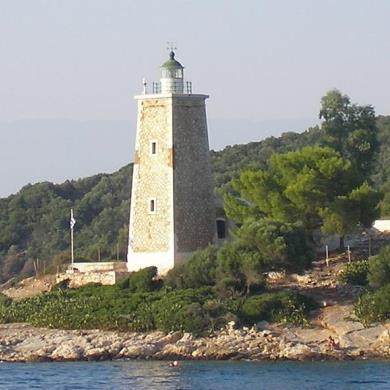 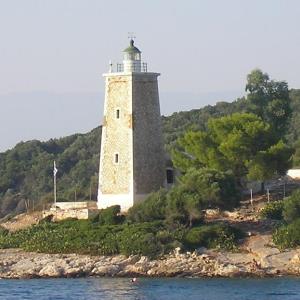