At the beginning of the 4th century AD, when the Tetrarch Galerius made Thessalonike his capital, he moved its limits eastward in order to erect a group of buildings, chiefly for his personal use.
Disposed on a straight line on a North-South axis, the Galerian complex contained: the Rotunda (a circular brick building with a dome) built to be a mausoleum for Galerius or a temple; the Triumphal Arch with figures in relief, which, together with a roofed hall, constituted a monumental gateway to the processional way leading to the Rotunda; an as yet unidentified rectangular hall with frescoes and mosaic floor, connected to a second hall by a semi-circular arch; the Palace (a four-sided two-storeyed and frescoed structure disposed in the manner of Roman barracks) with a main exit towards the sea (the Ecclesiastical Wharf); and the Octagon (an octagonal two-storeyed building, richly decorated), possibly the Tetrarch's throne room.
Some remains of the Hippodrome, an indivisible part of the Galerian complex, have been located under the present-day square of the same name (corridors and some of the vaulted structures under the tiers of seats). The Hippodrome was connected to the reconstructed eastern part of the fortified enceinte and extended over 7.5 acres. The end of its use came in 390 AD, when the emperor Theodosios ordered the massacre of the Hippodrome's spectators who had risen up against the Goth guards and their chief Botheric.

The text is cited from the webpage: www.macedonian-heritage.gr/HellenicMacedonia/en/C1.6.2.html 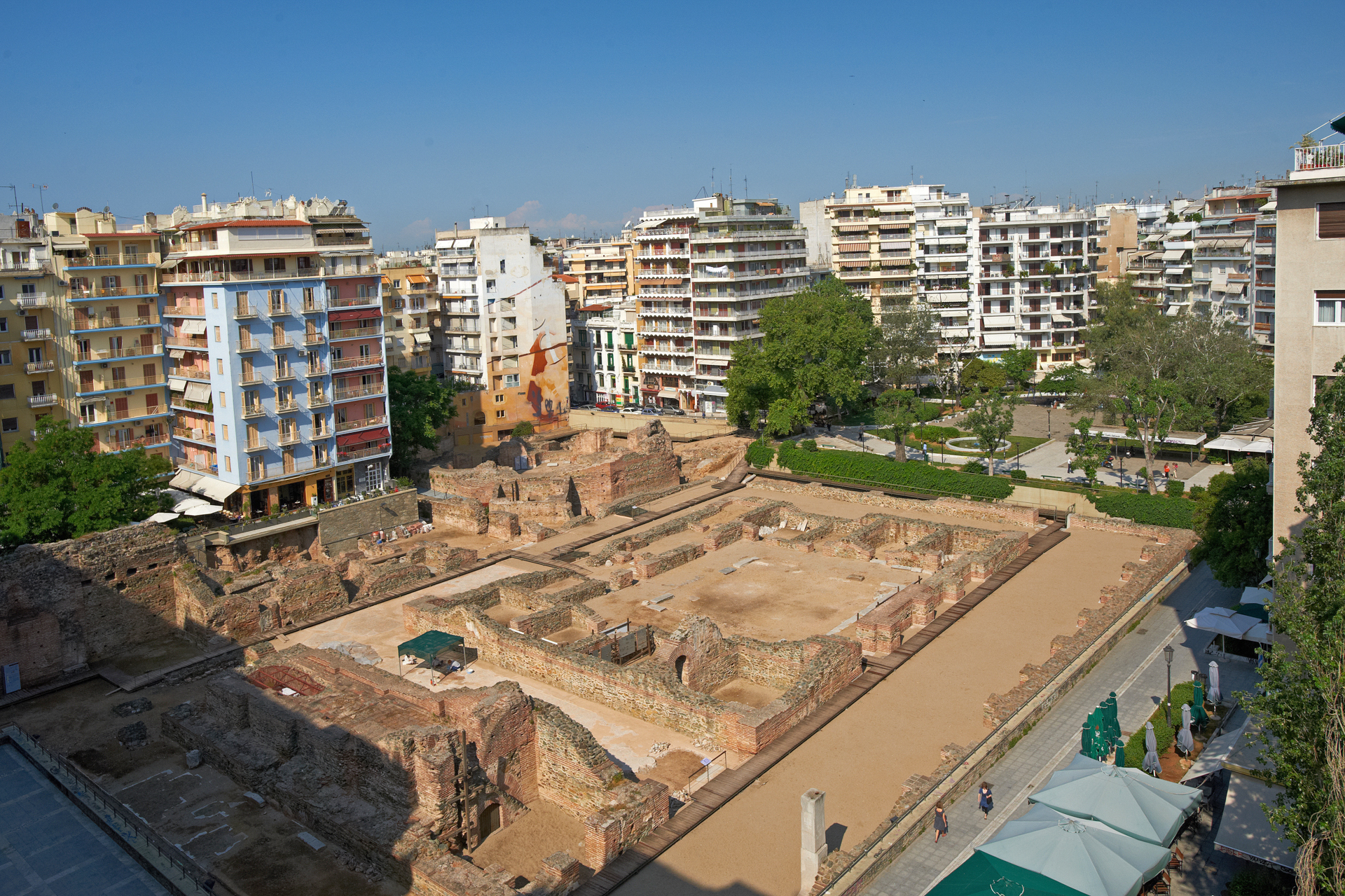 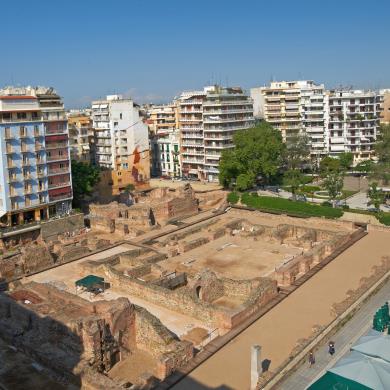 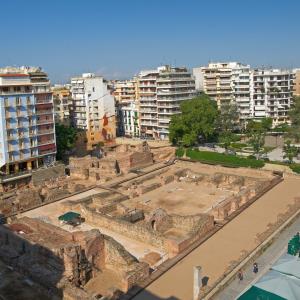