The church is a three-aisled, wooden-roofed basilica with a narthex and domes over the parabemata. It was founded in ca. 986-990 by tsar Samuel of Bulgaria. Initially, it was the cathedral of Samuel's short lived empire and later, until the middle of the 15th century, was an episcopal church. A tomb covered with a relief tombstone is preserved in the south arm of the cruciform diaconicon; tradition has it that it was here that the relics of St. Achilleios were kept. Along the south wall of the south aisle, four other graves are preserved, in which important persons of the church or the community were buried. The few fragments of the wallpaintings belong to two different layers and have been removed from the building. They are now on display in the Archaeological Museum of Florina. Today, only a part of the superstructure of the building is preserved, especially on the east side. 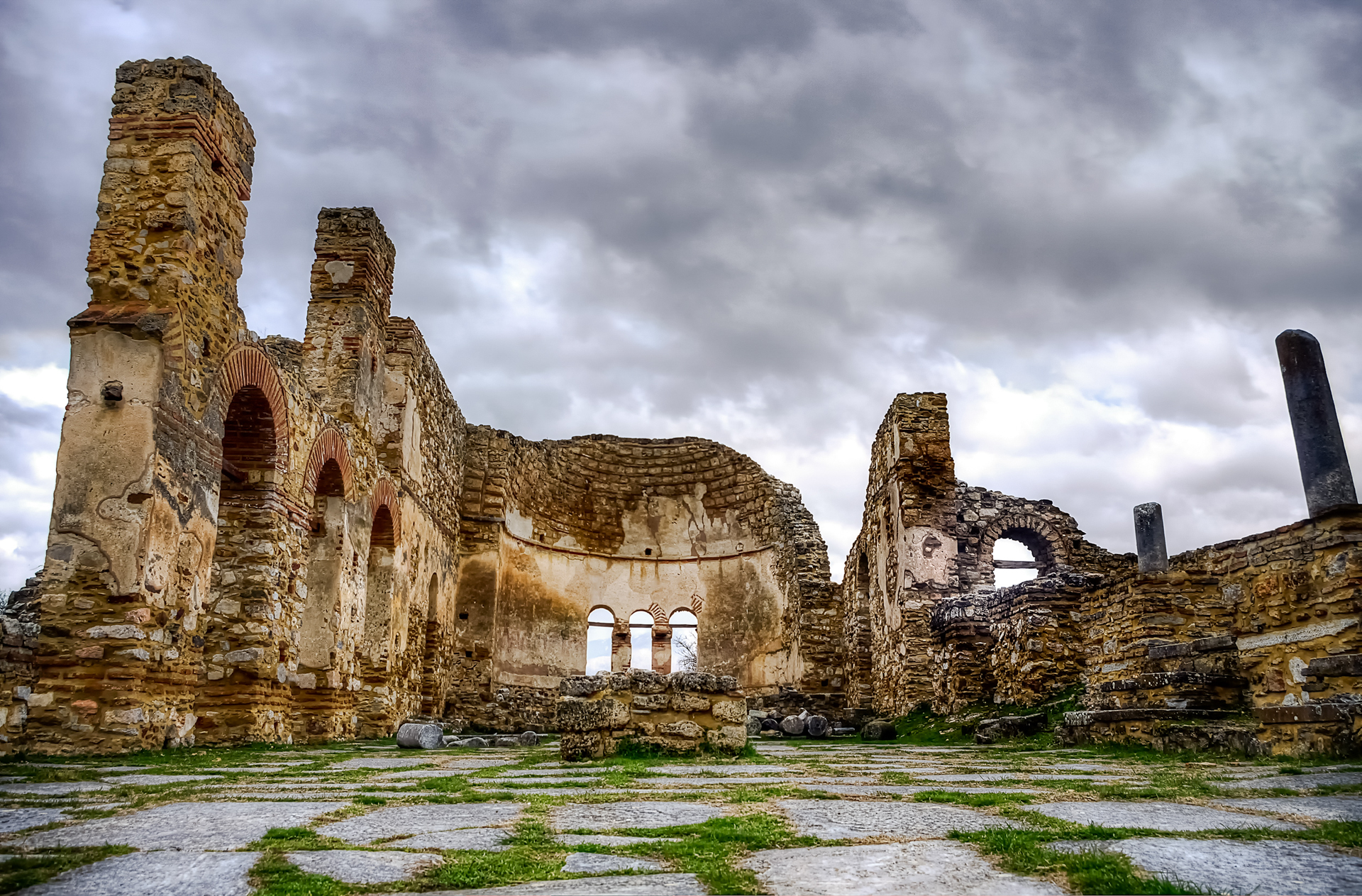 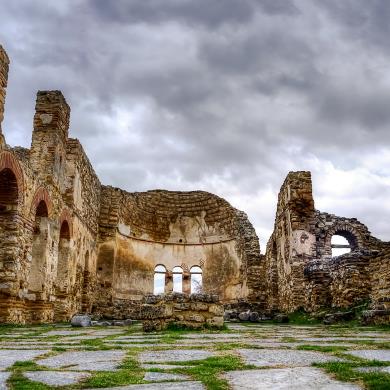 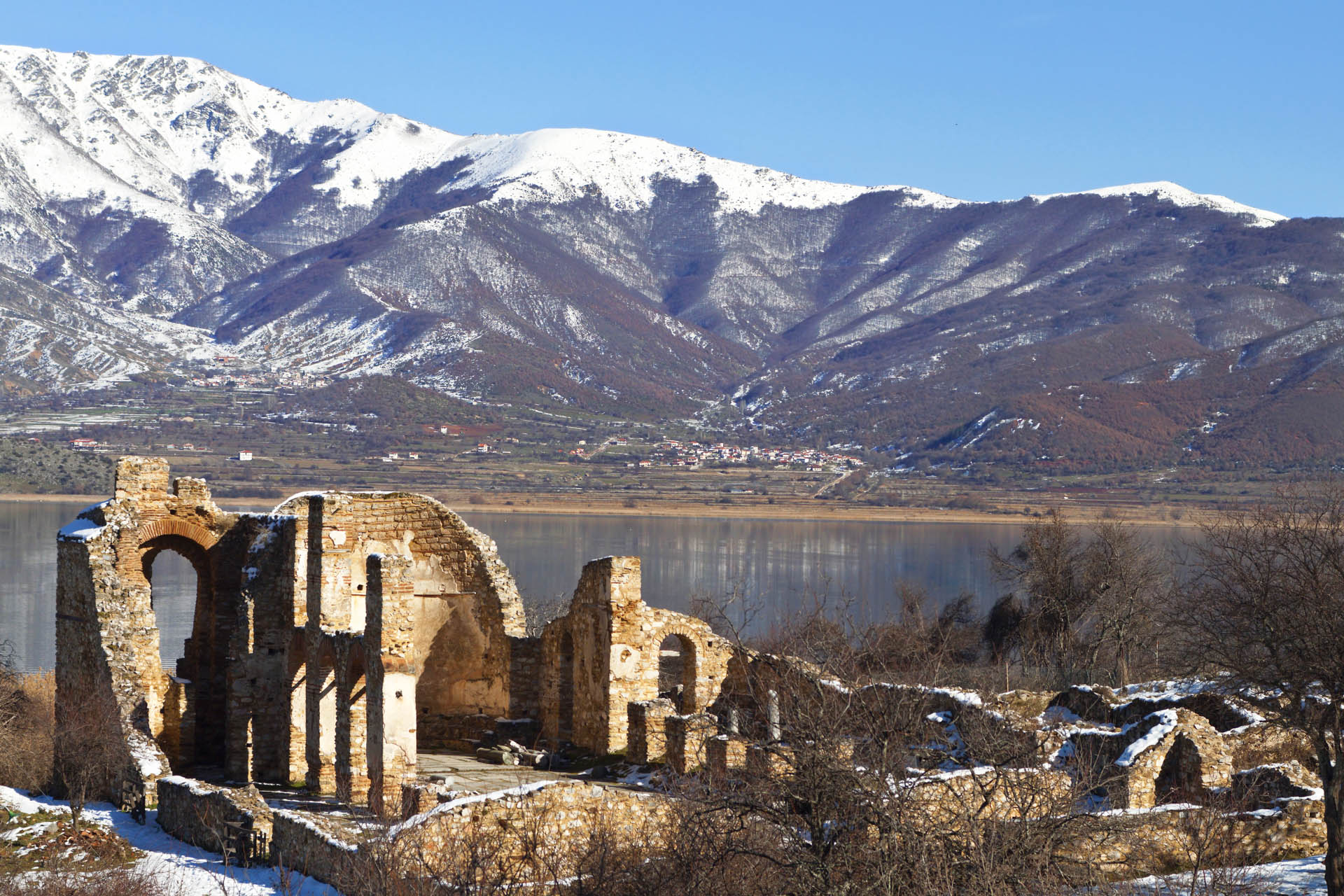 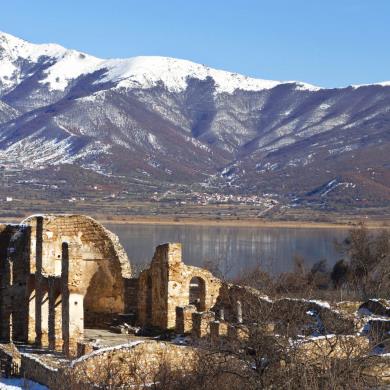 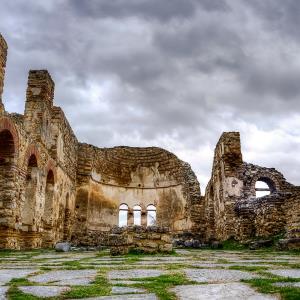 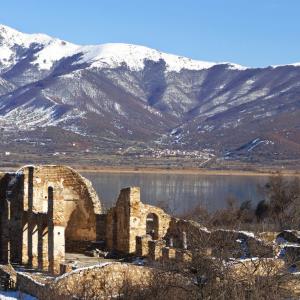