Chlemoutsi Castle of the Achaia Frankish princedom (built in 1220-1223)

Chlemoutsi Castle of the Achaia Frankish princedom, at Kyllini village

Chlemoutsi Castle, part of the exclosure

Chlemoutsi Castle, a music concert at the feet of the hill

Chlemoutsi (Chateau Clermont, Castel Tornese) is built on the summit of a hill with an extensive view to the plain of Elis and the Ionian Sea. It was established by the Prince Geoffrey I Villehardouin in 1220-1223 and it became the strongest fortress of the Frankish principate of Achaia. After the end of Frankish domination, Chlemoutsi gradually lost its importance. It remained though in continuous use, under Greek, Venetian or Turkish domination, until the Greek War of Independence. The castle underwent small scale works only by the Turks. Thus, it preserved its strong Frankish character almost intact and today it forms a striking example of fortress architecture of the Frankish era in Peloponnese.
The castle consists of two enclosures. The inner enclosure, which included the residence of the castellan or the Prince, the chapel and residence for the garrison, is built on the highest point of the hill and it has the shape of an irregular hexagon made up of a continuous row of halls around a vast central courtyard. In the outer enclosure, extending north and west, exist remains of buildings, of cisterns and of a Turkish mosque. In the buildings of both enclosures exist remains of numerous fireplaces. The western architectural features are predominant in the castle, like the depressed or slightly pointed arches chosen for the openings and the ovoid vaults which cover the halls of the inner enclosure. 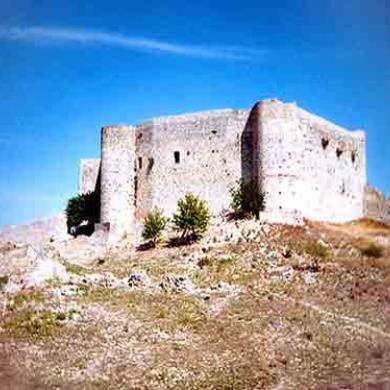 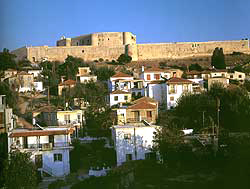 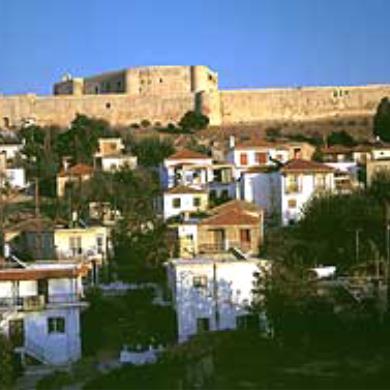 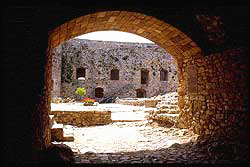 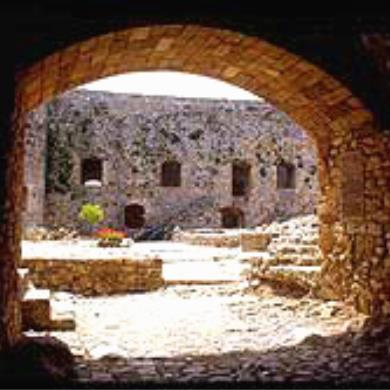 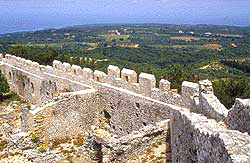 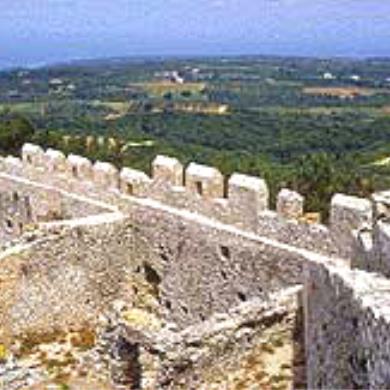 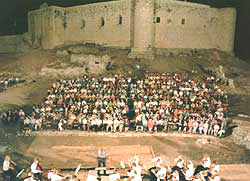 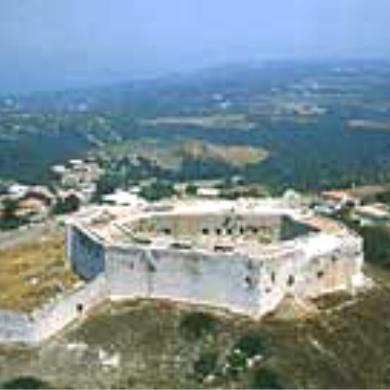 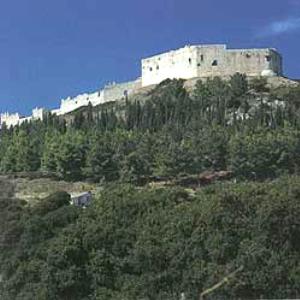 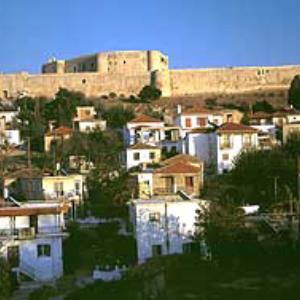 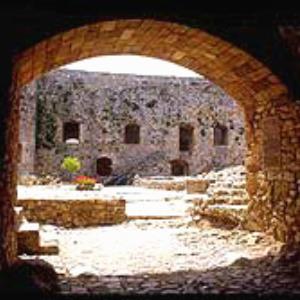 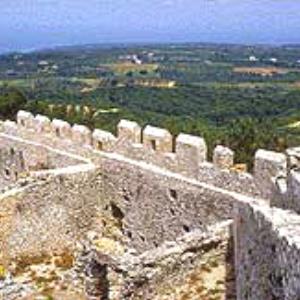 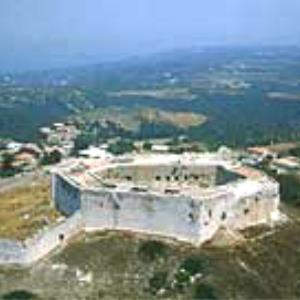