The Minoan house at Chamezi is perched atop a conical hill

Archaeological site
Address: 72300 CHAMEZI , SITIA , GREECE
URL: http://odysseus.culture.gr/h/2/gh251.jsp...
On a conical hill called Souvloto Mouri lies a house of the Middle Minoan Ia period (ca 2100-1900 BC), which comprises the unique example of an elipsoid building known in Crete so far, a combination of the circular and rectangular architectural types of buildings. It was erected over the ruins of Early Minoan structures (2800-2300 BC) which were probab;y rural farmhouses. The main entrance of the Middle Minoan oval house is on the SE side, while a second one was uncovered on the NW, at the base of a staircase that leads to the upper floor. The structural nucleus of the house is a small open courtyard surrounded by rooms fronting on it. A well or cistern is located in the eastern part of the courtyard. One of the largest rooms on the NE side has been interpreted as a domestic shrine, due to the notable quantity of figurines found in situ.
The house at Chamezi was excavated in the early 20th century by St. Xanthoudides and D. Mackenzie. Further research was conducted in 1971 by the then Curator of Antiquities K. Davaras and studies on the function of the building were made by the Prof. St. Alexiou and N. Platon. 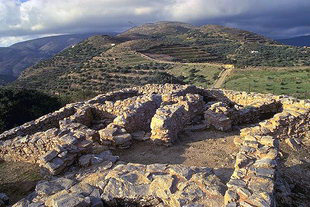 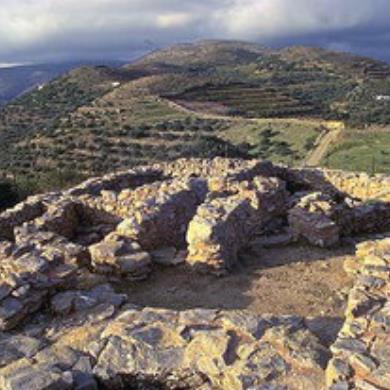 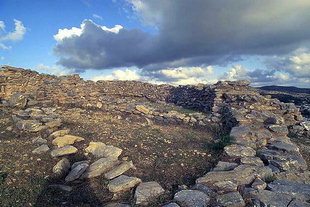 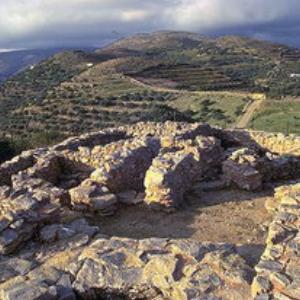