At the site of Gyroulas in the large and fertile central plateau of Naxos a most important archaic temple came to light. It is of the telesterion type, that is, with a hypostyle hall for the celebration of the mysteries. The building is datable to the time of the tyrant of Naxos, Lygdamis (ca. 530 B.C.) and was part of his ambitious building programme, comparable to that of his Athenian friend Peisistratos. A better known example of this project is the big temple of Apollo on the tiny island in the harbour of Naxos (the "Portara" on Palatia). The Gyroulas temple is rectangular in plan, with a row of Ionic columns in the interior dividing the cella into two aisles. Two corresponding monumental doorways open into the south long side of the cella (wide facade arrangement) with an Ionic pronaos of the five columns forming the facade.
The great significance of this find is that it is a rare example of a marble temple of which more than 50 % of the ancient building material is preserved. This, together with its early date and the site chosen for the building, provides an endless source of information about ancient architecture. The temple gives unique information about ancient architecture and specifically about the construction of the marble roof, the early forms of the Ionic order, and the curves and optical corrections similar to those observable in the Parthenon, but here a century earlier. It introduces constructions that are recognized as forerunners of classical Attic architecture. The temple is one of the few buildings of the ancient word (and of the few in Greece) that are preserved so fully and it is thus a visual source of information for the wider public. The temple at Sangri greatly complements the archaeological presentation of Iria: it is better and more fully preserved, and its forms, while monumental, are the simpler forms of a "rural" region by comparison to the more "urban" architecture of Iria. Finally, it provides evidence for the creative evolution of Ionic architecture.
The temple of Gyroulas is the telesterion, designed expressly for the celebration of the mysteries. Well preserved also is a phase of its Christian period, when it was converted into a basilica. 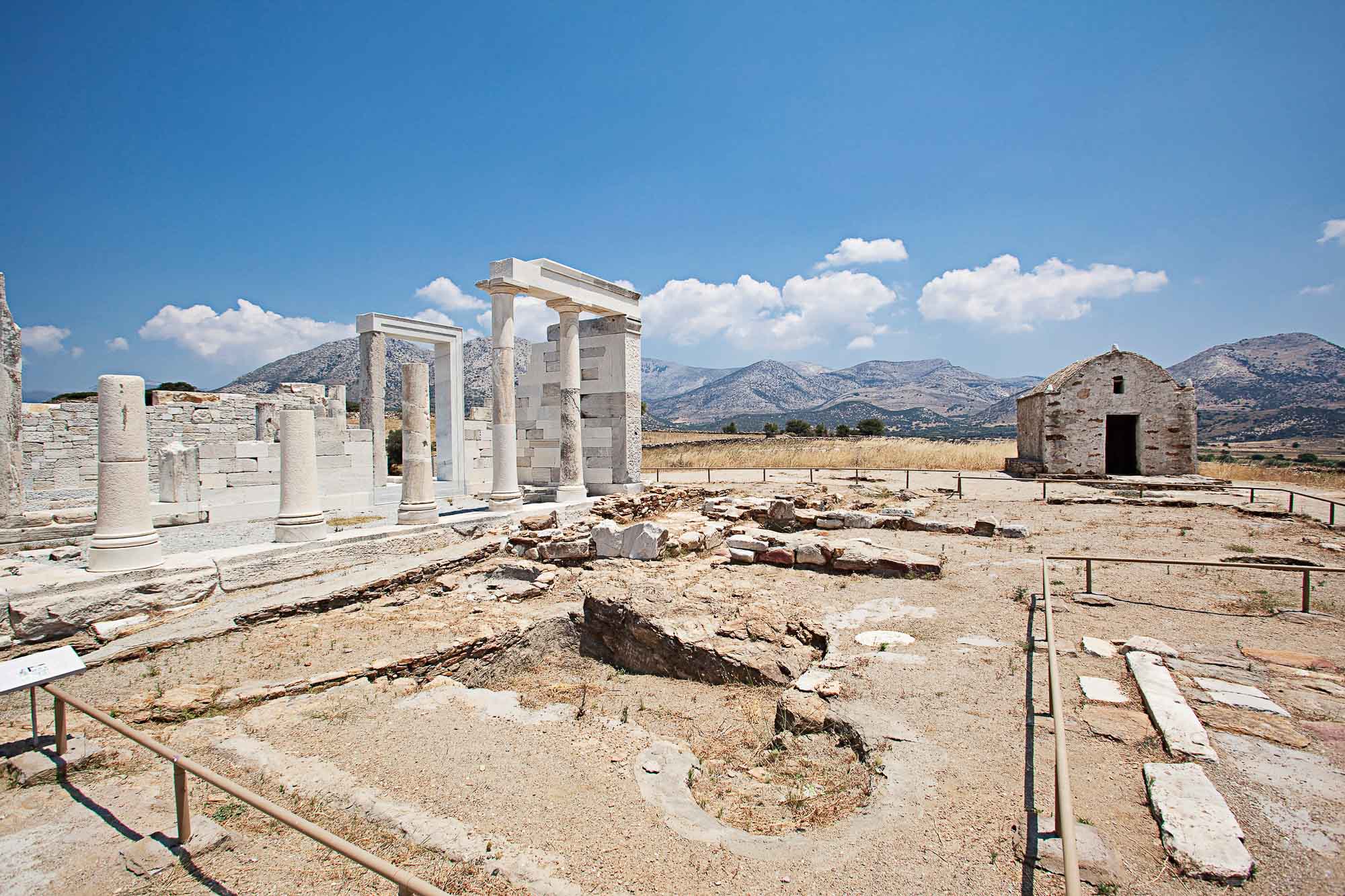 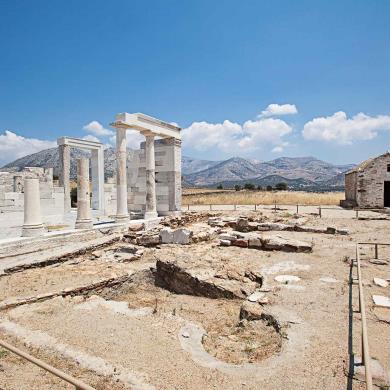 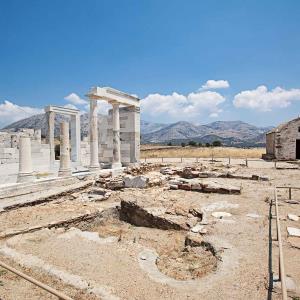