Niokastro: The medieval fortress of Pylos

Two castles are built on the summits of the two hills at the ends of the Bay of Navarino, overlooking the town of Pylos: the older castle of Navarino, called Palaiokastron or Palaionavarinon and the more recent castle, called Niokastron.
The latter was built in 1573 by the Turks, and in 1686 was given over to the Venetians. It again came under Turkish domination in 1715, along with the castle of Koroni and Palaionavarino. In 1816 it was captured by Ibrahim Pasha and remained under his control until 1828 when it was liberated by the French general Maison. During the Second World War it was used as the seat of the Italian and, later, the German headquarters.
Large-scale restoration work has been carried out for many years. The restored hexagonal Fortress on the top of the hill houses the Museum and the Underwater Archaeological Research Centre.

The most important monuments of the site are:
The Castle.It is divided into two main sections:
- Enceinte-Lower Castle; the larger of the two sections occupies the slope of the hill and is built of ashlar limestone blocks.
- Upper Castle; hexagonal fortress with massive battlements and projecting bastions which protect five of the six corners of the walls.
Church of the Metamorphosis (Transfiguration). Cross-in-square domed church dedicated to the Transfiguration of Christ. It was used as a Moslem mosque and was later converted into a Christian church.
General Maison's building. Rectangular, two-storeyed stone building erected in the 19th century. It has been reconstructed and now houses the Museum and the offices. 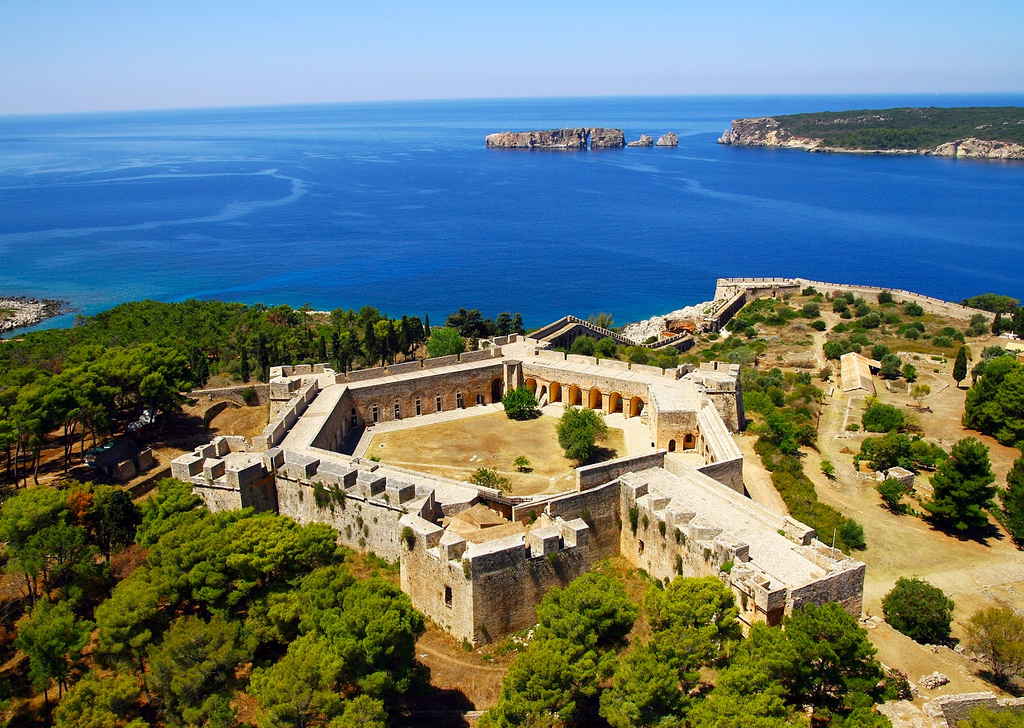 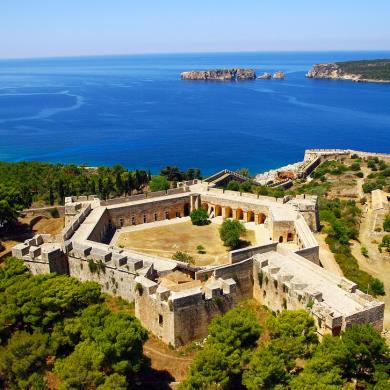 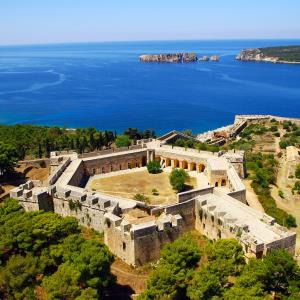 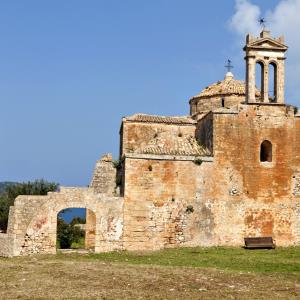