The function of the large, theatre-like area on the hill west of the Acropolis had, in the past, been explained by a number of different theories, before it was securely identified as the Pnyx, the place where the Assembly of the Athenian citizens (Ecclesia tou Demou) held its meetings.
The remains found have shown that the Pnyx had three main building phases. In the first period, the natural hillside was used as the cavea of the theatre. The surface was evened off by quarrying out the hard limestone, while a straight retaining wall was built on the north side. In the second period, the arrangement of the auditorium was very different; a high, semicircular retaining wall was built to the north, supporting an embantment sloping down to the south, that is, in the opposite direction comparing to the first period. The approach was through the two stairways, 3.90 m. wide. The Pnyx of the third period had exactly the same plan but on a larger scale; the great retaining wall was constructed of large stone blocks quarried from the area, while the new bema was arranged to the south.
Excavations were carried out in 1910 by the Greek Archaeological Society and definitely confirmed the identification of the site as the Pnyx. Large-scale excavations were conducted at various times between 1930 and 1937 by H.A. Thompson, in collaboration first with K. Kourouniotes and later with R.L. Scranton. These investigations enriched our knowledge of the history and architecture of the Pnyx, as well as of the topography of the adjoining area.
The most important monuments of the site are:
• Two large stoas. The two stoas bordering the south side of the spacious terrace above the bema are not mentioned in the ancient sources and it is certain that they were never finished. Their purpose was to shelter the people in bad weather conditions. They belong to the third architectural period of the Pnyx (330-326 B.C.).
•The Sanctuary of Zeus Hypsistos. It became known in 1803 by the inscribed plaques found during the excavations conducted by Lord Aberdeen near the bema of the Pnyx. The floor of the old sanctuary, the steps and a number of niches hewn in the scarp of the rock, are preserved. The big, rectangular niche in which the cult statue of the god was placed, probably dates to the Roman period. 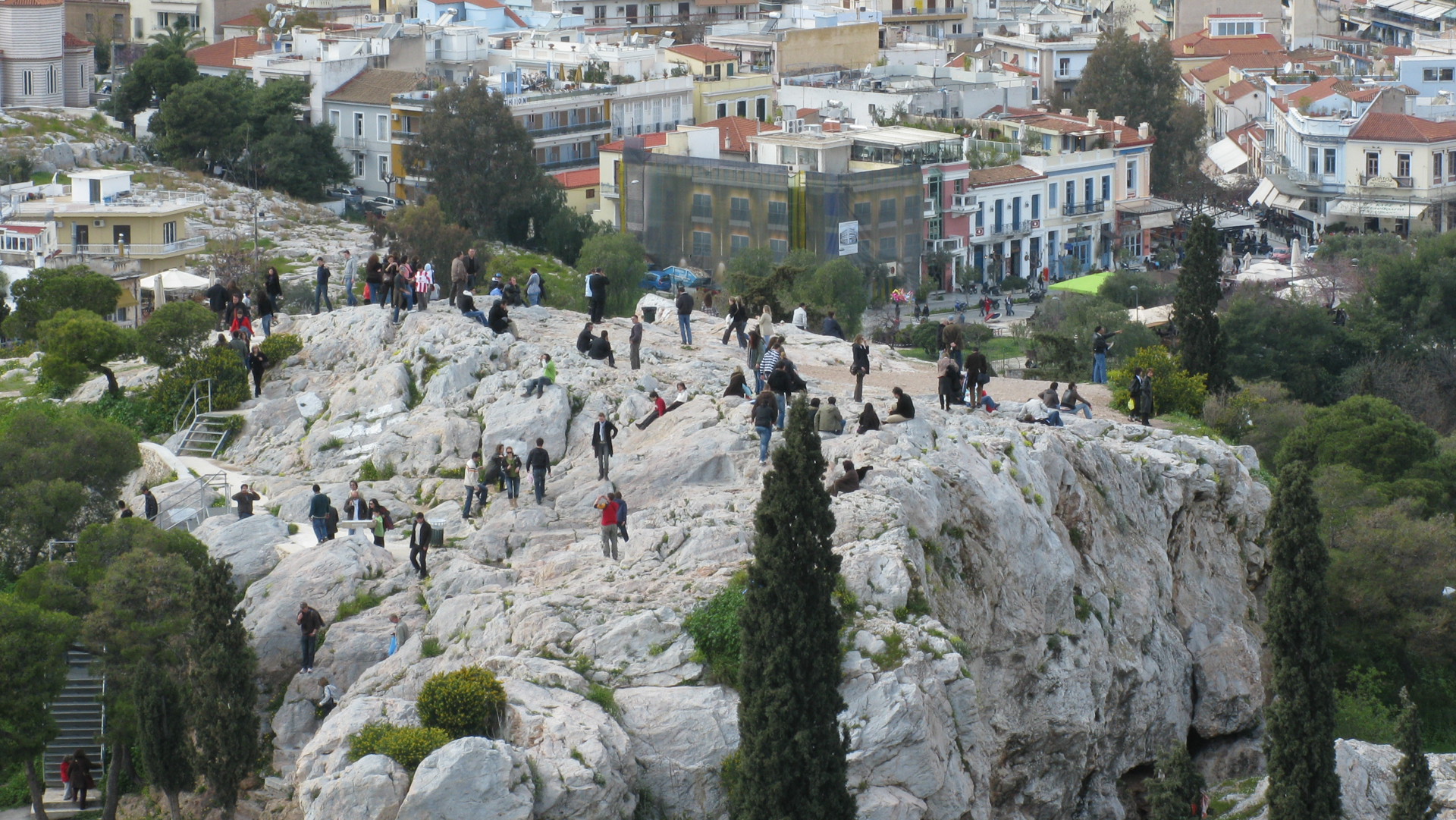