The islet of Bourtzi in the bay of Nafplio

Castles & Fortresses, Cultural heritage
Address: 21100 BOURTZI , NAFPLIO , GREECE
Tel.: +30 27520 28036
URL: http://www.nafplio-tour.gr
The islet of Bourtzi, situated just at the entrance of the bay of Nafplio, was fortified by the first Venetian rulers of Argolis (1389-1540). The fortress was built by the architect and sculptor Antonio Gambello (1458-1481) and is a typical example of the Italian Renaissance military architecture, bearing all the defining features of a massive defensive structure, intended to repel invaders and to withstand siege. However, in 1715 the castle fell to the Ottoman Turks and since then both the fortress and the islet have been known by their Turkish name Bourtzi, meaning tower. Only a year after the outbreak of the Greek War of Independence, in 1822, the Greeks regained Bourtzi and the town of Nafplio, which became the seat of the first provisional government of the revolted Greek nation.
In the mid-19th century, after the tumult of war had subsided in the newly born Greek state, the erstwhile town stronghold was transformed into residence for the executioners of convicts jailed in the castle of Palamidi. A century later, Bourtzi even served as a hotel, while today it remains one of the major tourist attractions of Nafplio. 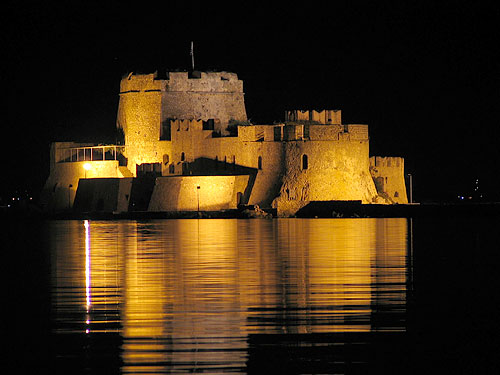 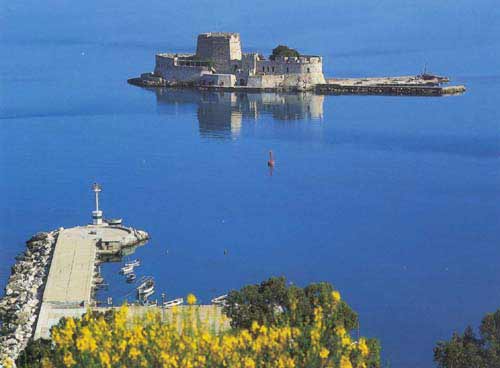 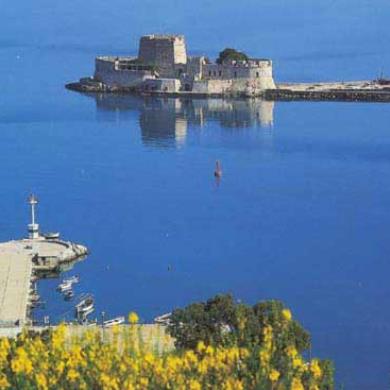 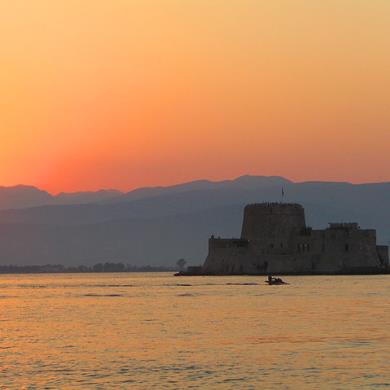 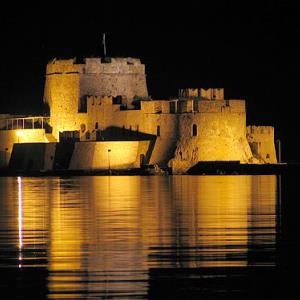 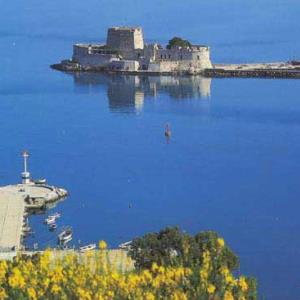 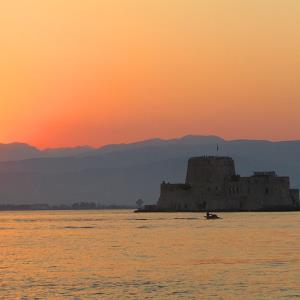