Monastery, Byzantine & Post-Byzantine Monuments, Cultural heritage
Established: 11th century
AGION OROS , HALKIDIKI , GREECE
Tel.: +30 23770 23228, 23278
URL: http://odysseus.culture.gr/h/2/gh251.jsp...
The monastery is situated between the monasteries of Zografou and Dionysiou, 30 min from the sea, in the side of Siggitikos and is dedicated to St Stephen. The Katholicon is built after the mid 19th c. following the athonite type, over the ruins of the old Katholicon. The monastery has 9 chapels.
The first mention of the monastery is from the 11th c. In the early 14th c. it is destroyed. Afterwards, its borders are defined by imperial chrysoboula, and it is financially supported by Serbian rulers. After the fall of the Empire, the monastery knows alternatively periods of prosperity and great
Perhaps, the most outstanding of the monastery's heirlooms, are the portable icons of St Stephen, of Virgin Hodegetria and of Virgin Antiphonetria. There are also reliquaries, ecclesiastical vessels, chrysoboula and others. The library contains 110 manuscripts and many books.
The monastery is inhabited by a brotherhood of 30 monks. 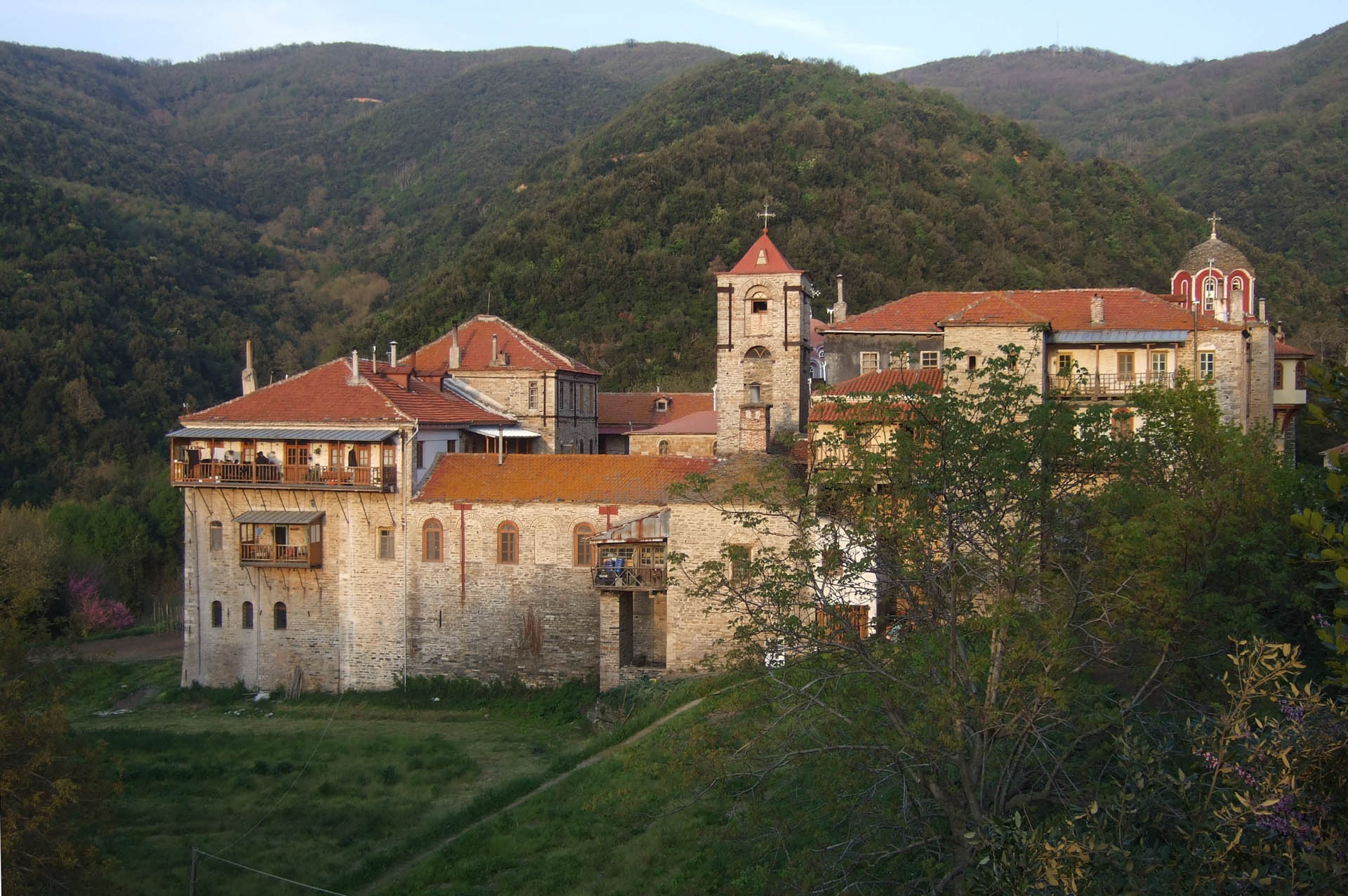 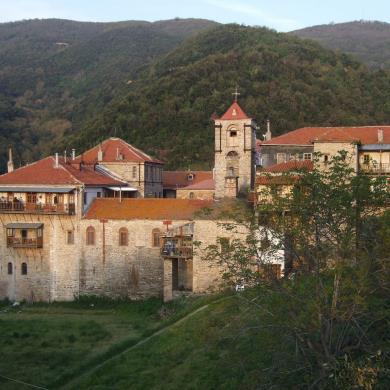 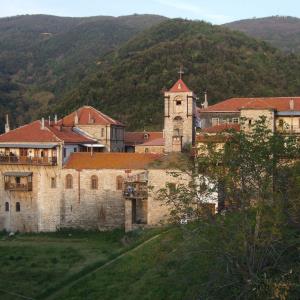