Monastery, Byzantine & Post-Byzantine Monuments, Cultural heritage
Established: 10th century
AGION OROS , HALKIDIKI , GREECE
Tel.: +30 23770 23273, 23247
URL: http://odysseus.culture.gr/h/2/gh251.jsp...
The monastery is situated on a slope of the S.W. part of the peninsula and is dedicated to St George. The Katholicon was built in the beginning of the last century and follows the athonite type. The monastery has eight chapels inside and eight chapels outside of it. The monastery also owns two workshops in Karyes and the Kelliou of Transfiguration.
The monastery was founded, according to tradition, in the 10th c. by three brothers, Moses, Aaron and Ioannis from Achris. In the Late Byzantine period, the monastery is destroyed by Catalan pirates and rebuilt with the financial support of the Paleologan dynasty, as well as that of rulers of eastern Europe. Initially, the monastery was inhabited by Bulgarians, Greeks and Serbs. Since 1845 there are only Bulgarian monks.
Besides two miraculous icons of St George and other two of the Virgin of the Akathistos and the Virgin Epakouousa, the monastery owns and other heirlooms and ecclesiastical vessels.
The library contains 126 greek and 388 slavic manuscripts, and over 8,000 books. 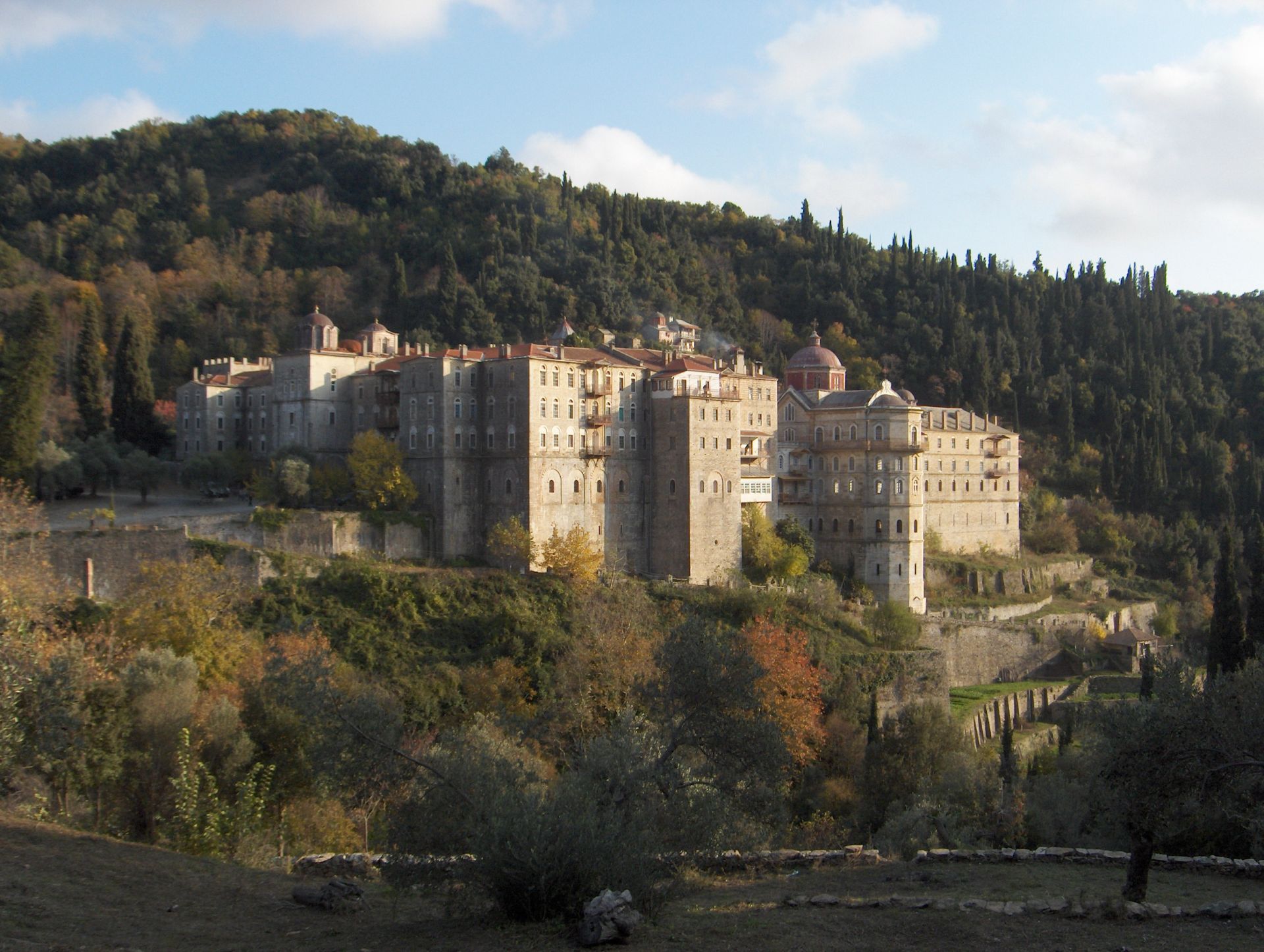 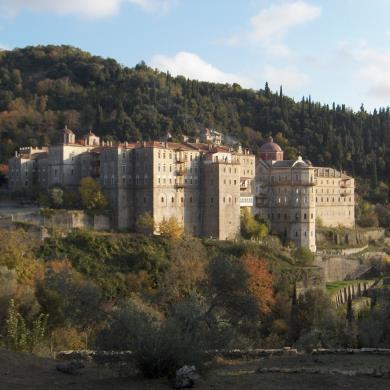 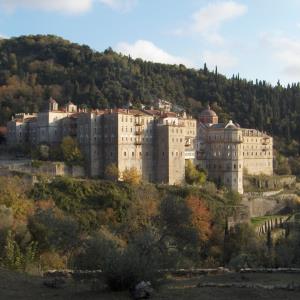