Castle of Anaktoroupolis, ruins of the byzantine castle which is near Nea Peramos

Castles & Fortresses
Address: 64007 ANAKTOROUPOLIS , KAVALA , GREECE
The castle of Anaktoroupolis is one of the most important archaeological sites in the Prefecture of Kavala. It commands the headland of Vrasidas, in the vicinity of Nea Peramos, next to the hill of the ancient city.
The castle is located at the bay of Eleutherai, to the west of Kavala, which was an important harbour in the North Aegean during the Byzantine period. Anaktoroupolis first appeared in the 9th century as an episcopal see and actually succeeded ancient Oisyme. The fortification of the city, which is dated to the 12th century, according to an inscription on clay built in the walls, is preserved in good condition. The city ceased to exist in the 14-15th centuries with the expansion of the Ottomans.
In the period 1974-1983, trial trenches were opened inside the castle and in 1989 a small single-aisled Byzantine church was excavated near the SE tower. Also uncovered were a later narthex, successive shaft graves to the east and south of the church, and a four-sided cistern
Consolidation work is carried out from time to time at the "mantle" of the walls, while the castle is systematically cleared every year. 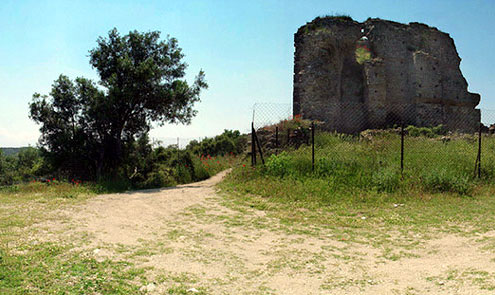 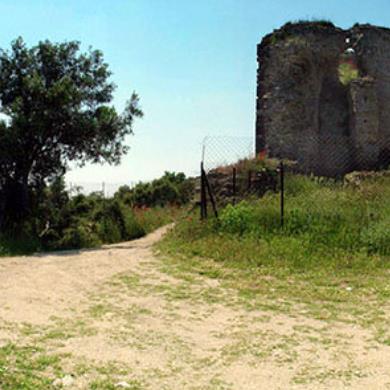 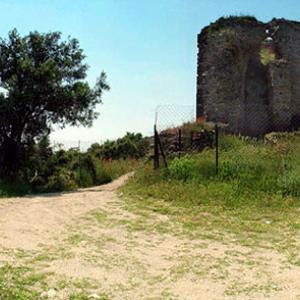