The Agora was the heart of ancient Athens, the focus of political, commercial, administrative and social activity, the religious and cultural centre, and the seat of justice.
The site was occupied without interruption in all periods of the city's history. It was used as a residential and burial area as early as the Late Neolithic period (3000 B.C.). Early in the 6th century, in the time of Solon, the Agora became a public area.
After a series of repairs and remodellings, the Agora reached its final rectangular form in the 2nd century B.C. Extensive building activity occured after the serious damage made by the Persians in 480/79 B.C., by the Romans in 89 B.C. and by the Herulae in A.D. 267 while, after the Slavic invasion in A.D. 580, the site was gradually abandoned. From the Byzantine period until after 1834, when Athens became the capital of the independent Greek state, the Agora was again developed as a residential area.
The first excavation campaigns were carried out by the Greek Archaeological Society in 1859-1912, and by the German Archaeological Institute in 1896-97. In 1890-91, a deep trench cut for the Athens-Peiraeus Railway brought to light extensive remains of ancient buildings. In 1931 the American School of Classical Studies started the systematic excavations with the financial support of J. Rockefeller and continued until 1941. Work was resumed in 1945 and is still continuing. In order to uncover the whole area of the Agora it was necessary to demolish around 400 modern buildings covering a total area of ca. 12 hectares.
In the 19th century the four colossal figures of Giants and Tritons at the facade of the Gymnasium were restored by the Greek Archaeological Society. In the years 1953-56, the Stoa of Attalos was reconstructed to become a museum and in the same period the Byzantine church of Aghioi Apostoloi, built around A.D. 1000, was restored by the American School. Between 1972 and 1975, restoration and preservation work was carried out at the Hephaisteion; the area was cleared of the vegetation, and the roof of the temple was repaired in 1978 by the Archaeological Service.
The most important monuments of the site are:
The Temple of Hephaistos. The temple, known as the "Theseion", is Doric, peripteral, with a pronaos and opisthodomos. It crowns the hill of Kolonos Agoraios and is the most prominent and better preserved monument of the Agora. The temple was dedicated to two gods, Hephaistos and Athena, whose bronze cult statues stood in the interior. The construction of the Hephaisteion started in 449 B.C.
Stoa of Zeus Eleutherios. The stoa was erected at the end of the 5th century B.C. in honor of those who fought for the freedom and security of the city. Socrates is said to have met his friends in this stoa.
Temple of Apollo Patroos. Small Ionic temple, erected in ca. 340-320 B.C., identified as the temple of Apollo who was worshipped as the "Father" (Pater), the founder of the Ionian race. Inside the cella stood the cult statue of the god, made by the famous sculptor Euphranor.
Bouleuterion. The Council of 500 (Boule) held its regular meetings here. The building was erected at the end of the 5th century B.C. replacing the Old Bouleuterion, the ruins of which were found beneath the Metroon.
Metroon. The building has an Ionic propylon and was erected in the 2nd century B.C. It accomodated both the sanctuary of the Mother of the Gods and the state archives, including the proceedings of the meetings of the Council of 500 and various official documents, protected by the goddess.
Monument of the Eponymous Heroes. Remains of an oblong pedestal enclosed by a fence. It supported the bronze statues of the legendary heroes who gave their names to the ten tribes of Attica. In addition to its honorary function, the monument served as the official notice board of the city. It is dated to the second half of the 4th century B.C.
Altar of the Twelve Gods. Fenced area with an altar at the centre, constructed in 522/21 B.C. The sanctuary was a popular place of asylum and was considered to be the heart of the city, the central milestone from which distances to other places were measured.
The Odeion of Agrippa. It was built by Agrippa in 15 B.C. and comprised an auditorium with a seating capacity of about 1000 people, and a two-storeyed portico. It was destroyed by fire in A.D. 267 and in about A.D. 400 the Gymnasium was erected in this area. Its north side was adorned by four colossal statues of Giants and Tritons set up on massive pedestals, salvaged from the debris of the Odeion.
The Royal Stoa (Stoa Basileios). Built around 460 B.C., it was the seat of the Royal Archon (Archon Basileus). In this stoa the laws of Solon were displayed, and the Council of the Aeropagus held its meetings.
The Tholos. Circular building erected in ca. 460 B.C. The chairmen (prytaneis) of the Council of 500 (Boule) dined and spent the night in the Tholos so as to be available if necessary. A set of standard weights and measures was also kept in the building. 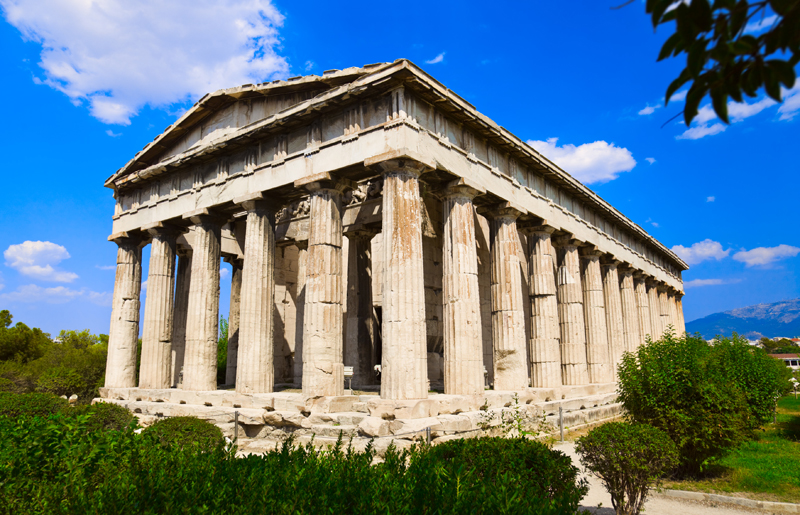 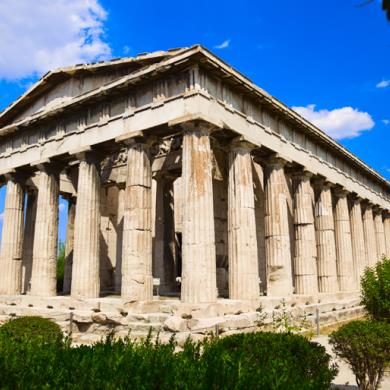 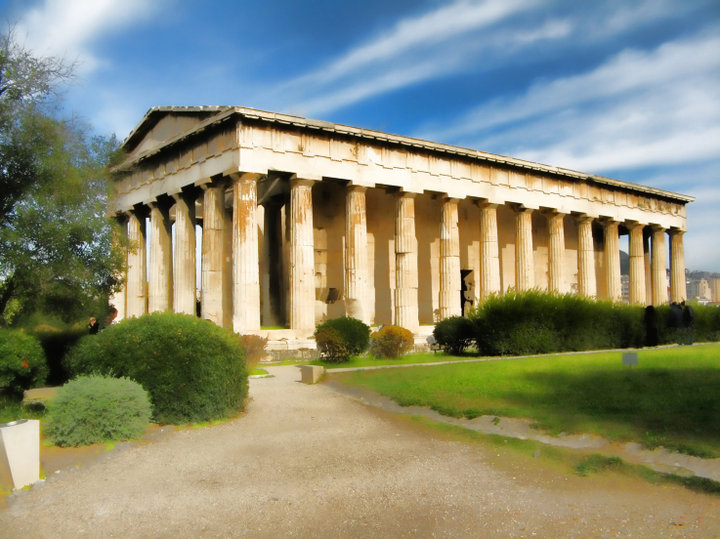 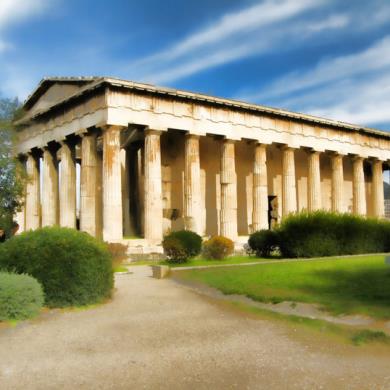 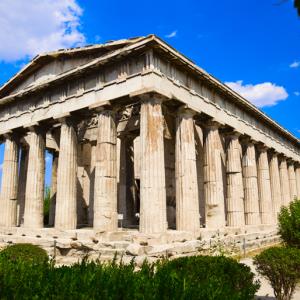 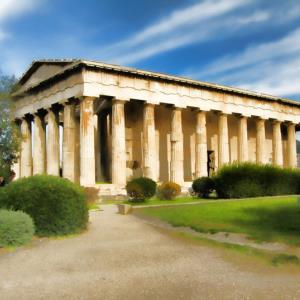