The Towers of Paleopoli, or Gateluzzi Towers as they are known, were built on a hill to the east of the village. They are preserved parts of the fortification grid, which were constructed at the latest byzantine period by the Genovese Gateluzzi family.

There are three in total towers, one of which is signed with the family's crest. Material from the nearby archaeological site was used to their construction. 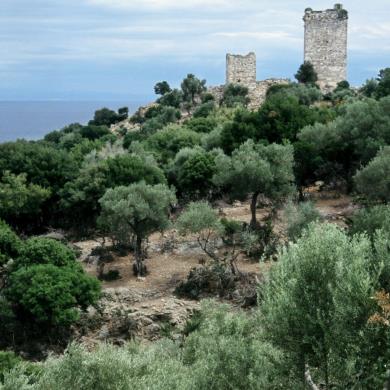 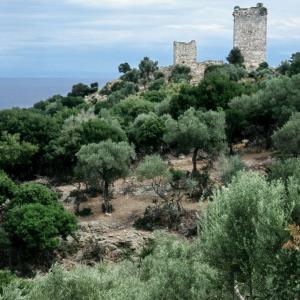