The Byzantine church of Soteira Lycodemou, now the Russian Church of Athens

Churches, Byzantine & Post-Byzantine Monuments
Address: 21A, Philellinon Street Rallou Manou Square 10557 SYNTAGMA , ATHENS , GREECE
Tel.: +30 210 3231090
The imposing church of the Russian Orthodox community in Athens rises from a small square, just opposite the entrance to the National Garden. The church, dedicated today to the Holy Trinity, is one of the most important medieval monuments in Attica. According to tradition, the Christian church was founded on the ruins of an ancient shrine of Apollo Lyceus and was dedicated to Panagia Soteira (Our Lady the Saviour), hence the monument is also known as Soteira Lycodemou.

The surviving building dates back to the 11th century, as indicated by two inscriptions preserved on the interior walls, and used to be the main church (Katholikon) of a convent. Architecturally it belongs to the octagonal Byzantine type with the characteristic large dome, while the cloisonne masonry with blocks of limestone framed by thin bricks is also typical of the period and the region. A remarkable feature on the external walls are the kufic decorative patterns, which imitate the calligraphic forms of the 7th century Arabic script originated in Kufa, Mesopotamia (present-day Iraq).

In the following centuries, the historical events sealed the fate of Soteira Lycodemou. During the Frankish Occupation of Attica (1204-1669) the convent was converted into a Roman Catholic Benedictine monastery but, following the Ottoman conquests, it was handed over once again to the Greek Church; it survived for a while as an Orthodox male monastery, only to be destroyed almost to the ground in the years of the 1821 Greek War of Independence. However, the half-ruined church of the monastery remained standing. In 1847 it was acquired and restored by the Russian community of Athens under the auspices of Tsars Nicholas I and Alexander II. The latter also donated the impressive bell tower of the church. As the original Byzantine murals had been lost, the church walls had to be repainted. The task was assigned to the Bavarian painter Ludwig Thiersch who in a fresco of St. Paul portrayed actually King Otto of Greece. It is also noteworthy that during the restoration works was discovered underneath the church floor an ancient cistern, which was connected to the ancient aqueduct of Athens. Furthermore, the construction of the nearby Bodossaki Hall in the 1950s brought to light the cemetery of the medieval monastery.

The Russian church was inaugurated in 1855. Liturgy is conducted in both Russian and Greek. 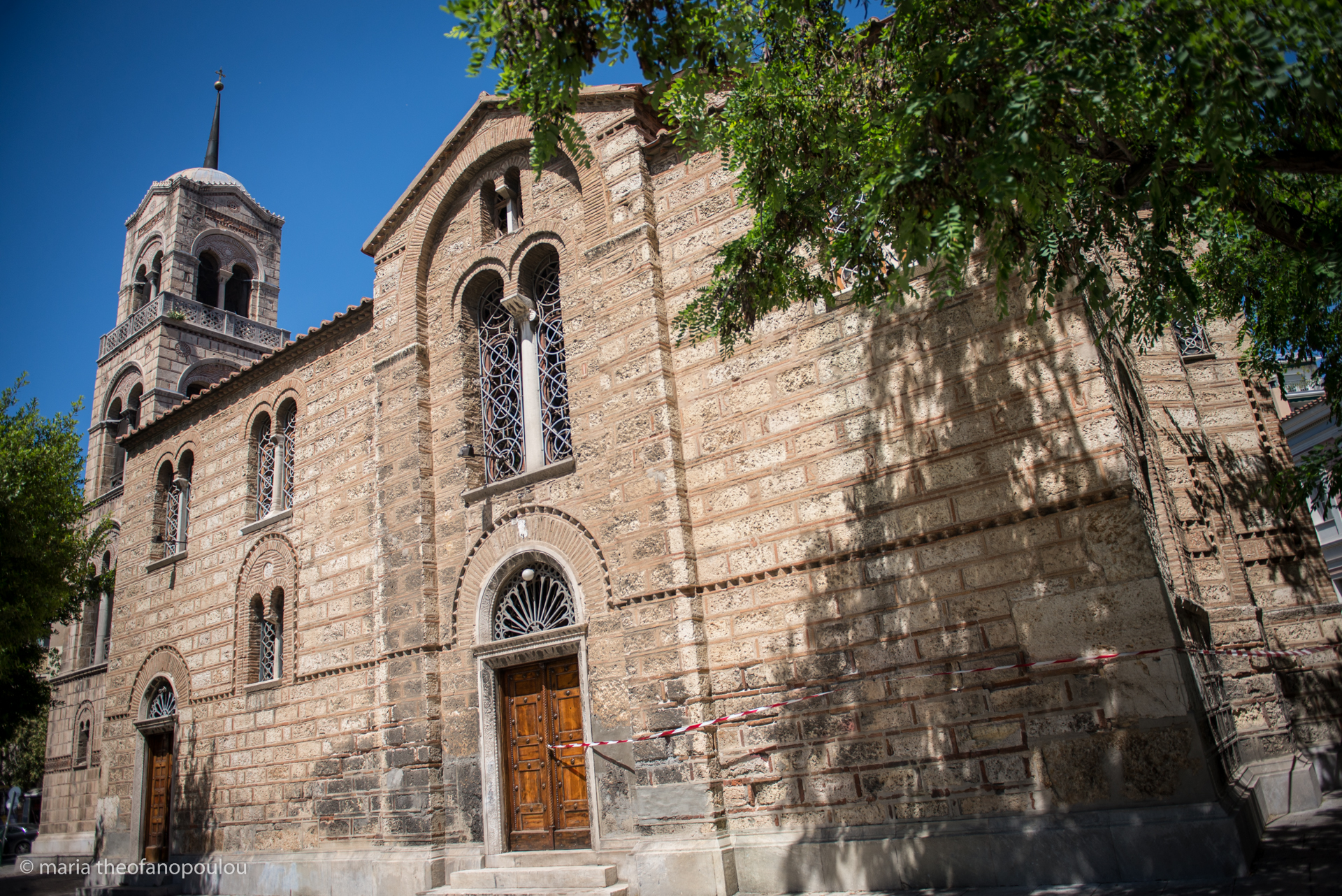 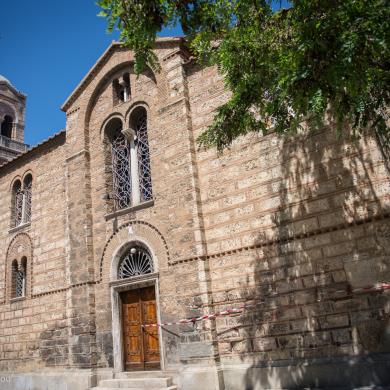 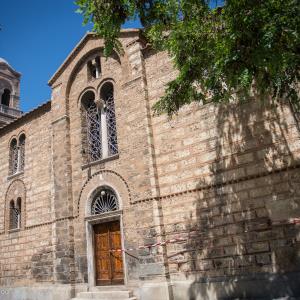