The Cathedral which houses the Museum

The Archaeological Museum of Mystras is housed in the two-storeyed building at the west wing of the north courtyard of the Cathedral of St. Demetrios. It was founded in 1952 and since then its collections have been considerably enriched.
It contains collections of Byzantine sculpture, jewellery, pottery, coins, fragments of wall paintings, portable post-Byzantine icons, and pieces of fabric.
The most important items of the exhibition are:
• Frafments of fabric and a hair plait. They were found inside a grave at the North Portico of the church of Aghia Sophia at Mystras and most likely belonged to a Byzantine princess.
• Marble plaque, depicting the Ascension of Alexander the Great. It is one of the slabs used in the paving of the floor of the church of Peribleptos at Mystras. A strong Islamic influence is obvious in the decorative patterns and the technique. Dated to the 14th century A.D.
• Two sections of the epistyle of the iconostasis from the Pantanassa church. The one is decorated with floral motif showing western influence, while the other represents in high relief an eagle holding a gospel, a symboliziation of the Evangelist John.
• Marble Proskynetarion (devotional-icon frame). It bears a relief and incised representation of Christ seated on a throne. It was found in the Peribleptos at Mystras and is a representative product of the local workshops, dated to the 15th century A.D.
• Among the miniature art objects of the exhibition it is worth mentioning a bronze cencer with spherical body and a broad handle, dated to the 14th-15th centuries A.D.; the main theme of the decoration is a lily flower. There are also on display Byzantine and Venetian coins, rings, fibulae, earrings etc.
• Two vases found in a Byzantine triconch church at Sparta. The first is a footed chalice, dated to the 12th century A.D.; the interior bears an incised representation of a hare. The second vase is a jug made of red clay, decorated with painted spirals on the shoulder, dated to the end of the 12th century A.D.
• Fragments of frescoes from ruined churches at Mystras. Some of the most characteristic are the head of the Virgin from a composition of the Nativity, and the head of an Apostle from the representation of the Ascension. They come from the chapel of St. Paraskevi at Pano Chora (Upper Town) of Mystras, and date from the first half of the 14th century A.D.
• Parapets and epistyles of an iconostasis. The parapets bear the monograms of the Katakouzenos family, who were the Despots of Mystras during 1348-1384. The epistyle of the iconostasis (chancel screen) bears the monogram and coat of arms of Zabea de Lozinao (Lusignan), the wife of Despot Manuel Katakouzenos.
• Post-Byzantine icons representing:
a) St. John Chrysostomos, painted by the Cretan painter Theodoros Poulakis.
b) Christ "the Vine of Life", a work of the Cretan painter Victor.
• Marble circular plaque bearing a relief representation of an eagle devouring a hare, and dense floral decoration on the band of the frame. Dated to the 11th-12th century A.D. 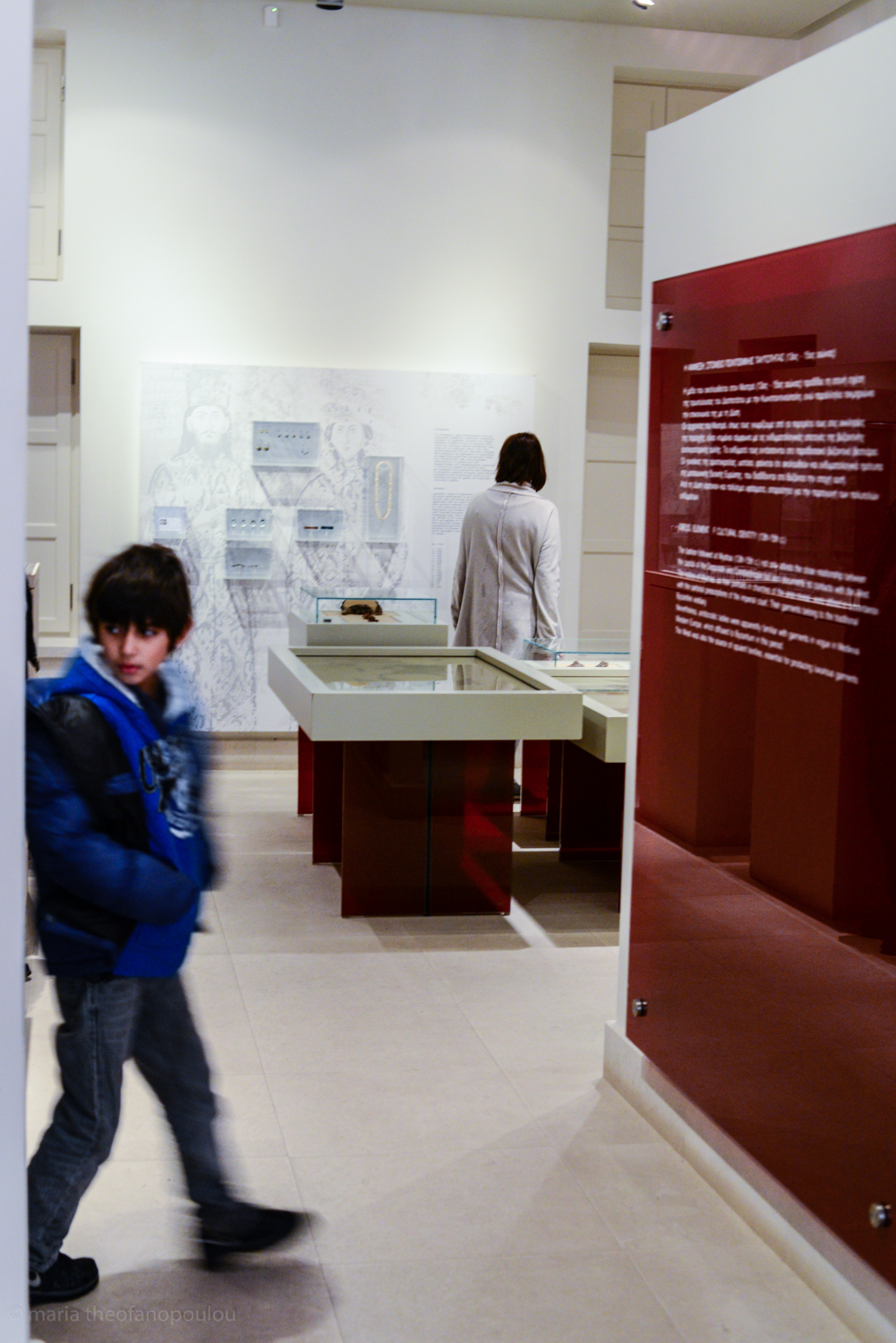 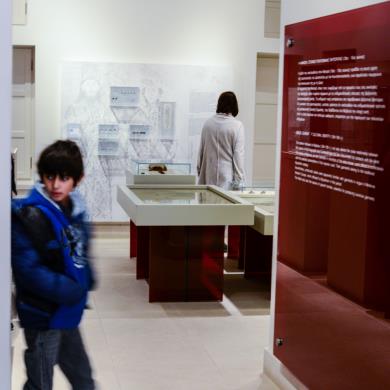 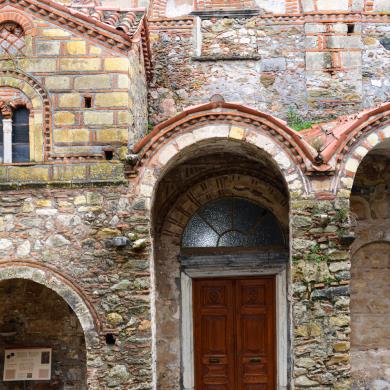 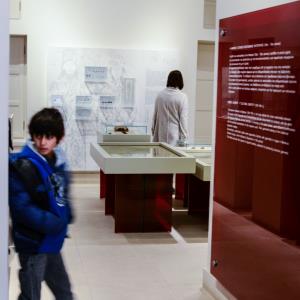 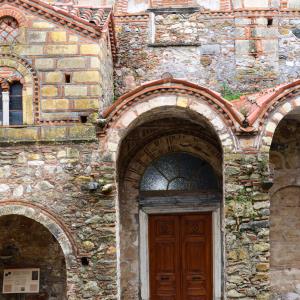