Archaeological Museum of Melos; it is housed in a neo-classical building, designed by the famous architect E. Ziller., built in 1870

Archaeological Museum of Melos; the Aphrodite of Milos (120 b.C.) - a plaster replica of the original statue which is kept in the Museum of Louvre, Paris

Archaeological Museum of Melos; the 'Lady of Phylakopi', a clay statuette of a woman of the 14th cent. b.C.

Archaeological Museum of Melos; it houses exhibits since prehistoric times

Archaeological Museum of Melos; from the sculptures and reliefs' collection

The Archaeological Museum of Milos is housed in a Neoclassical building of 1870, designed by Ernst Ziller. The museum opened to the public in 1985 comprising a permanent exhibition of the following collections:
• The Prehistoric Collection with finds from the Bronze Age settlement of Phylakope
• The Obsidian Collection
• The Sculptures Collection
• The Inscriptions Collection

Among the most important exhibits of the museum are:
• Clay female statuette with painted decoration, known as the "Lady of Phylakope". It was found in the Mycenaean "sanctuary" of Phylakope and dates to the 14th century BC.
• Copy of the "Aphrodite of Milos. Plaster replica of the original statue, which is exhibited in the Louvre Museum. The statue is dated to the Late Hellenistic period, that is around 120 BC.
• House model of the Early Cycladic period. A valuable source of information about the Bronze Age domestic architecture. Dated to 2200-2000 BC.
• Poros altar from the sanctuary of Phylakope
• Group of Early Cycladic marble figurines
• Collection of obsidian cores, flakes and blades from Melos
• Melian amphora of the Archaic period. It is decorated with painted scenes: Dionysos and Ariadne on the neck, and Apollo being welcomed by Artemis and Leto on the belly. It is one of the characteristic specimens of the so-called Melian pottery workshop, whose production dates from the second quarter of the 7th century BC to the second quarter of the 6th century BC.
• Pithos with the relief representation of a chariot race. It was used for a burial and dates to the mid-6th century BC.
• Coffer from the ceiling of the stage building of the ancient theatre. It still preserves traces of red colour.
• Headless marble statue of a woman found at the ancient theatre. The figure is dressed in himation and chiton. Dated to ca. 100 BC. 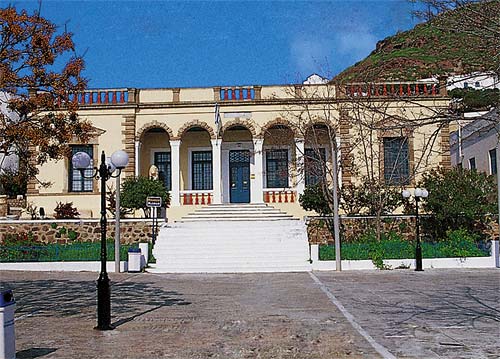 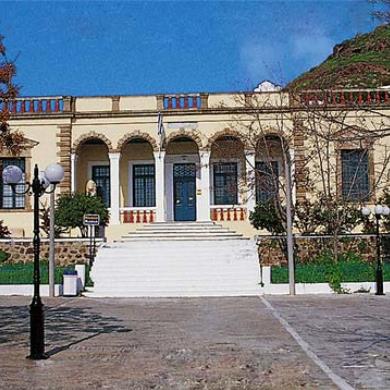 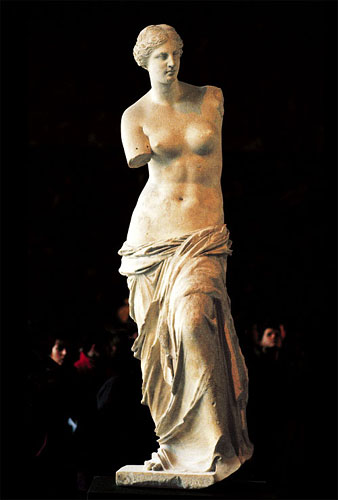 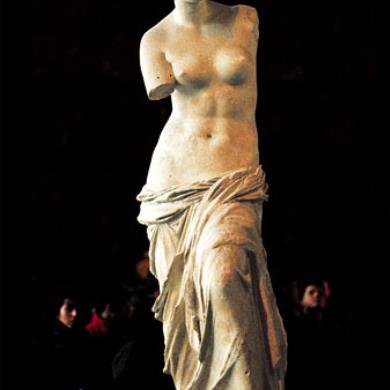 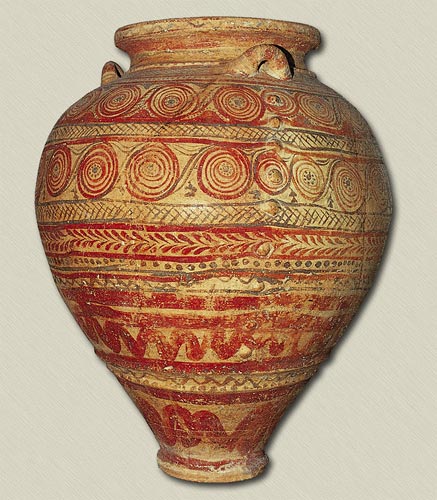 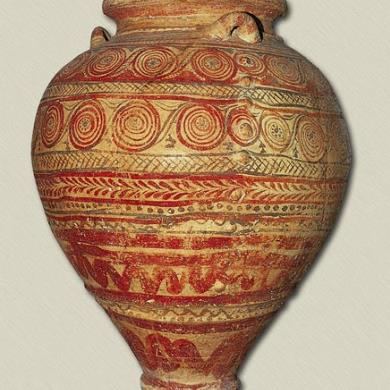 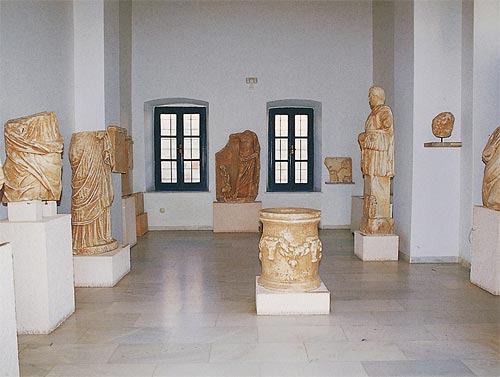 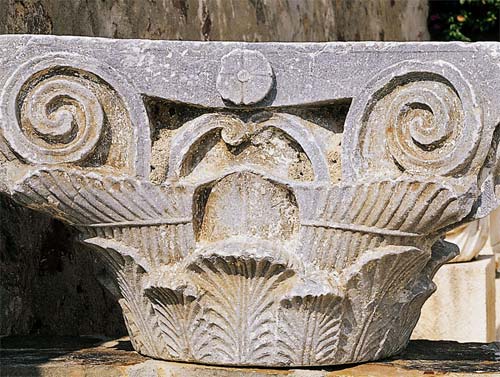 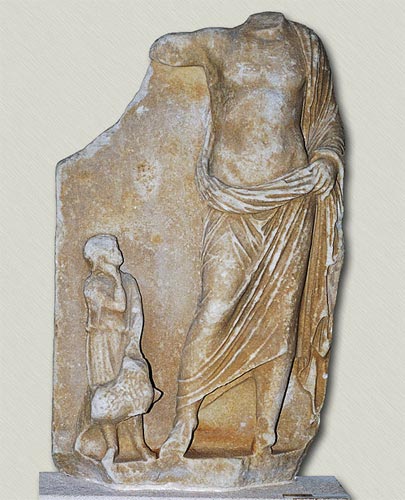 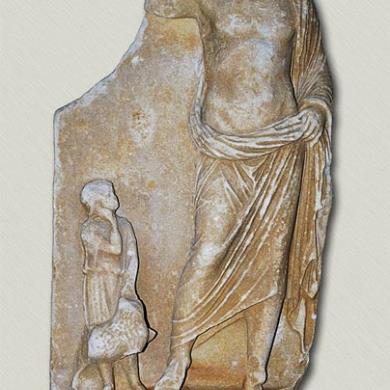 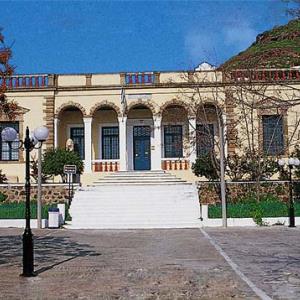 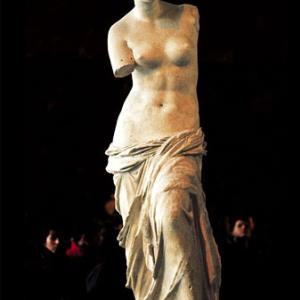 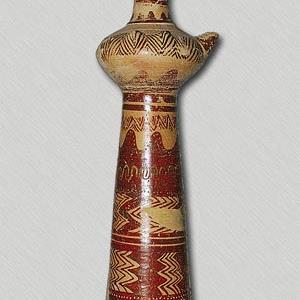 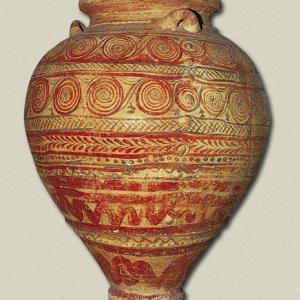 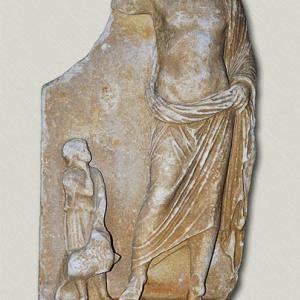