Ancient Theatre of Melos; a marble theatre of the Roman Era

Archaeological site
Address: 84800 TRYPITI , MILOS , GREECE
Tel.: +30 22870 21620
The construction of the theatre probably dates back to the Hellenistic period, but the remains visible today belong to the Roman phase of the monument. Preserved are the cavea with seven marble rows of seats, the orchestra, the floor of the stage building, and many elaborate architectural parts.
The clearing of the monument began on the initiative of king Ludwig II of Bavaria when Otto was the king of Greece, and the ruins were drawn in 1838 by French specialists. Excavations began in 1989 and revealed the earlier orchestra, the floor of the stage building and many architectural parts. 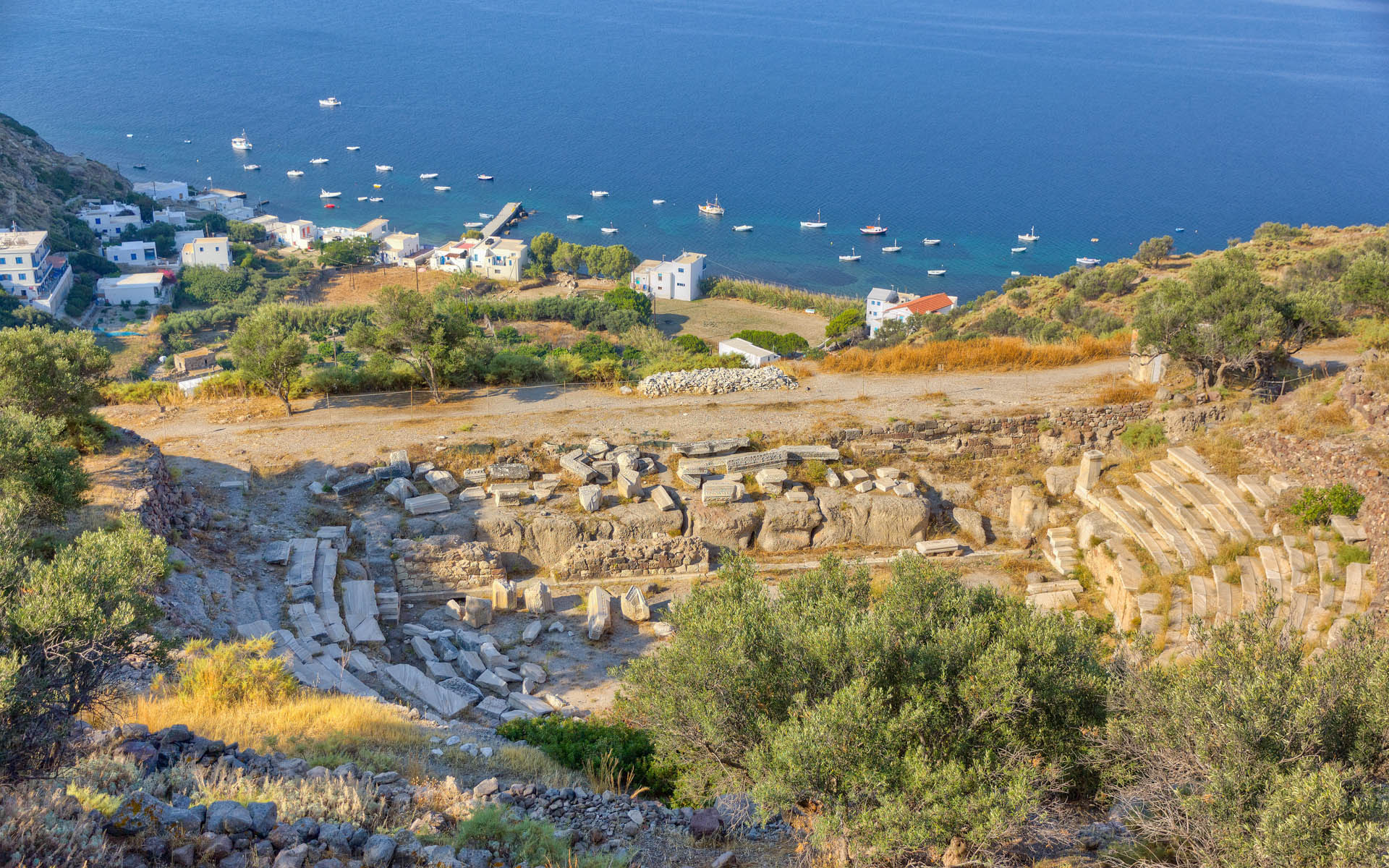 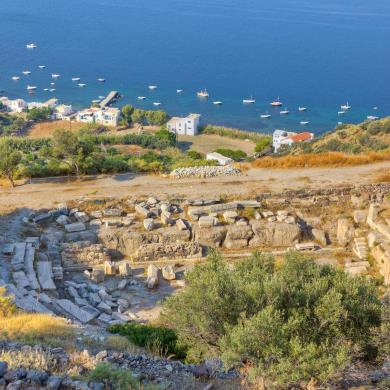 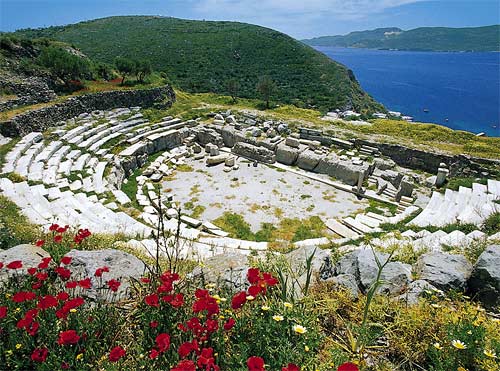 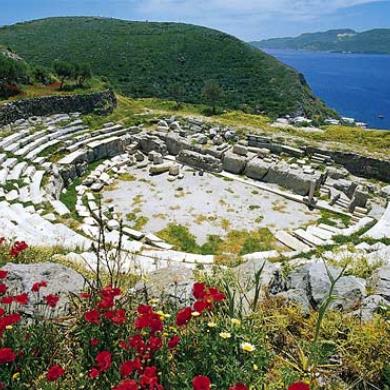 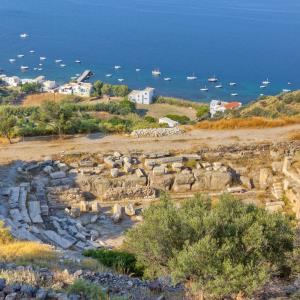 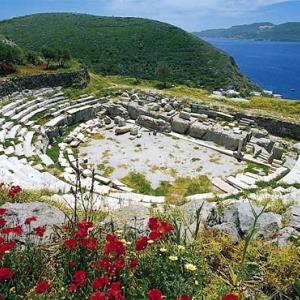