The Rotunda among the buildings of the modern city

The monument is a circular building with a hemispherical dome and eight large rectangular recesses in the cylindrical wall. In the first phase of the building (Roman period) the entrance was placed in the south recess. In the second, Christian phase, a second entrance was opened in the west recess and the holy bema was added to the east. To this phase also belong the preserved fragments of the mosaics in the vaults of the three recesses and the lower section of the dome, as well as the wall painting of the Ascension in the apse of the sanctuary.
The monument was built by Galerius Ceasar in ca. 300 A.D. In the late 4th century A.D. it was converted into a Christian church and it was decorated with mosaics. In 1590-91 it was converted into a mosque and after the liberation of the city in 1912, it was again given over to Christian worship for a short period of time; by governmental decree it was decided that the monument should function as the Byzantine Museum of Thessaloniki. Until the earthquake of 1978 it housed collections of Christian sculpture.
A systematic investigation of the floor was conducted in 1952 and much later, in 1974, the area of the south propylon was excavated. After the earthquake in 1978, excavation trenches were opened both on the interior and in the precinct of the church. After 1978, extensive consolidation and restoration work was carried out for the masonry and the pictorial decoration of the walls. The building is now completely restored. The restoration of the wall paintings and the mosaics is still in progress. 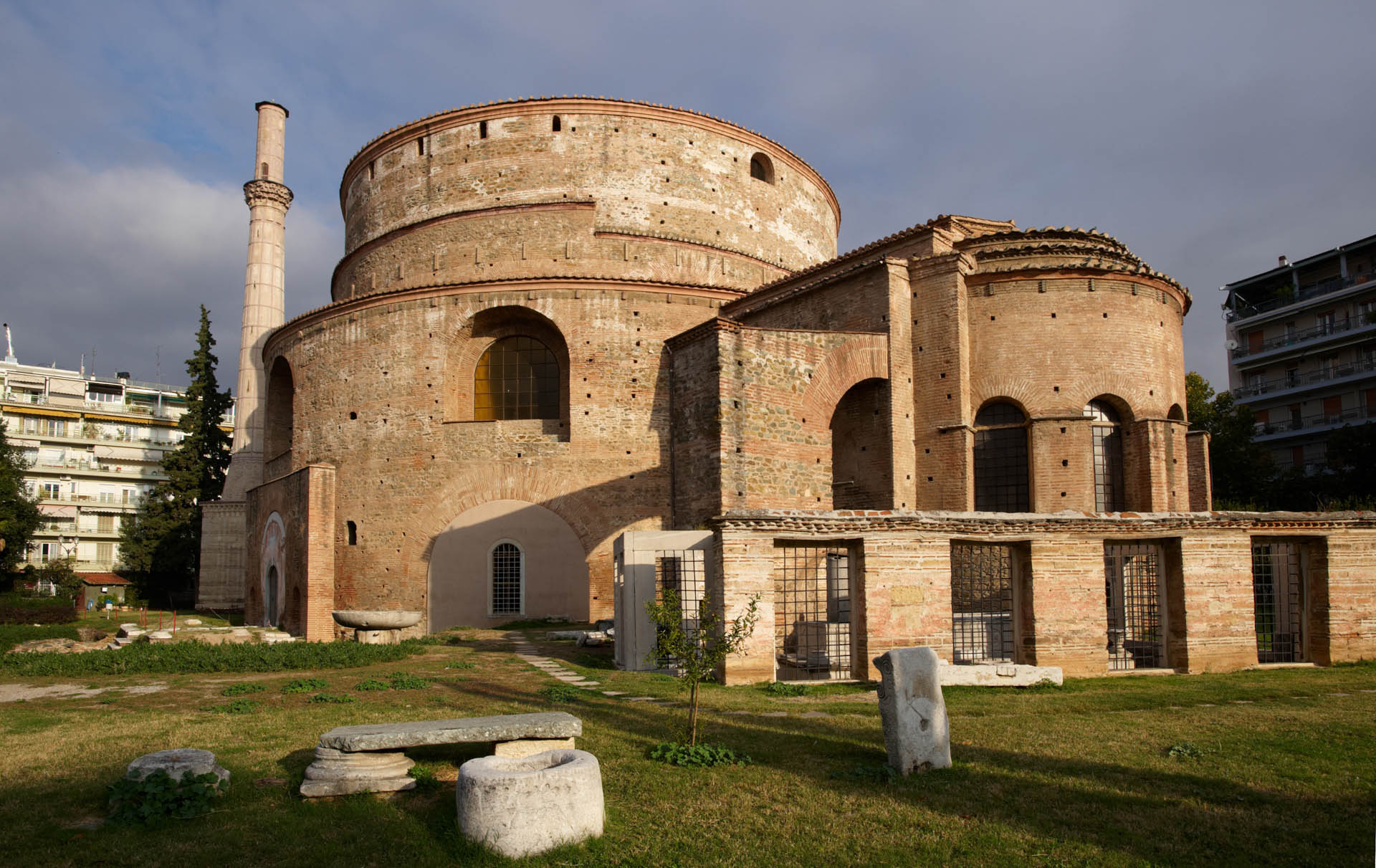 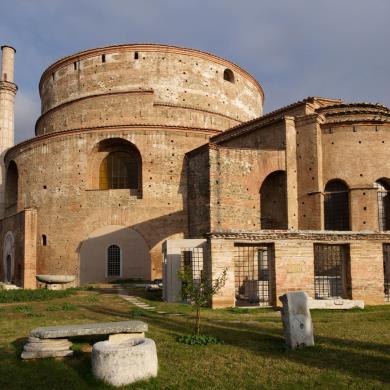 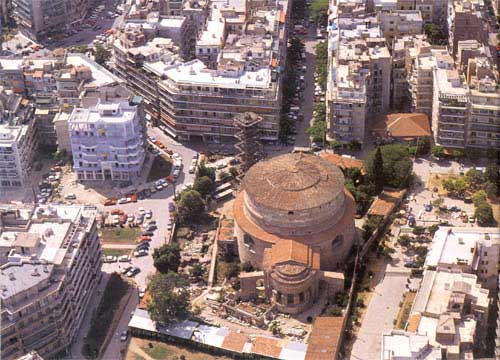 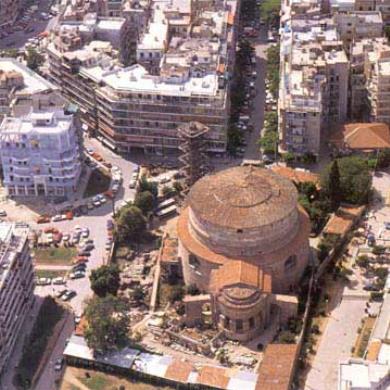 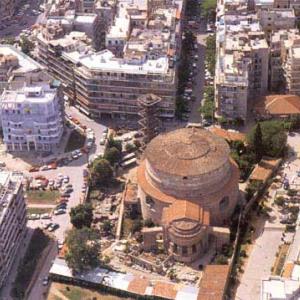 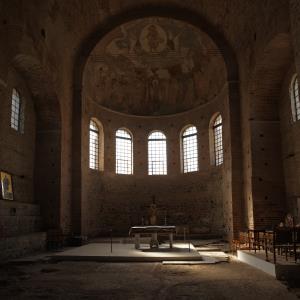