Ecclesiastical Museum of Milos; it is housed in the Holy Trinity church (9th c.), an interesting monument with influences by the Frankish rule period architectural style

Ecclesiastical Museum of Milos; the museum consists of a collection representing a large part of many centuries of artistic heritage of Milos

Close by the waterfront of Adamas stands the Byzantine church of the Holy Trinity, erected after the period of Iconomachy (842 AD). The monument underwent several reconstructions, the most important being that of the Venetian era which left a definite impact on the final architectural form of the building. Today the church of the Holy Trinity houses the Ecclesiastical Museum of Milos. Its collection - representing a local art tradition of centuries - includes portable icons and wood-carvings, which echo the financial prosperity of the island under the Venetian rule, and votive offerings by Melian migrants in Russia.
Among the exhibits, visitors can see works of the renowned Cretan School of icon painting, such as a rare Descent from the Cross (Apokathelosis) of the 14th century and icons by the Cretan painters Emmanuel and Antonios Skordilis, who worked on Milos from 1647 onwards and were influenced by the Flemish engraving, thus introducing a new style in the Postbyzantine religious painting. The museum collection also includes fine specimens of epitaphioi, wood - carved lecterns, icon-stands and a bishop’s throne of the 17th century, silver chalices and censers of the 18th century, along with a collection of votive offerings, jewellery in their majority.
A church of rare architectural type housing works of superior art and island artistic tradition, a museum that is definitely worth one's visit. 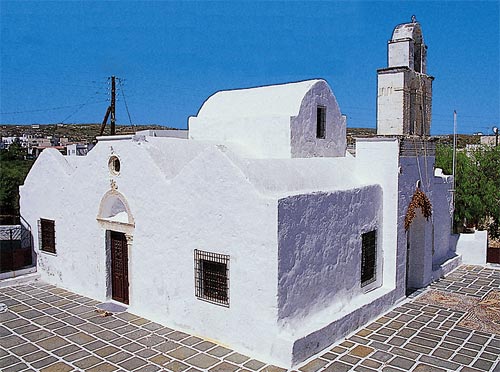 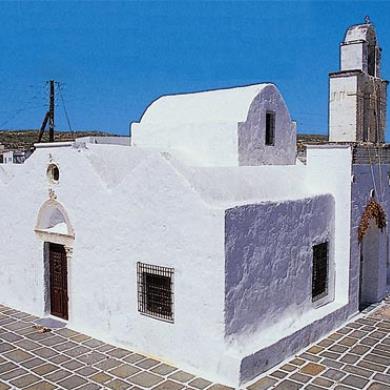 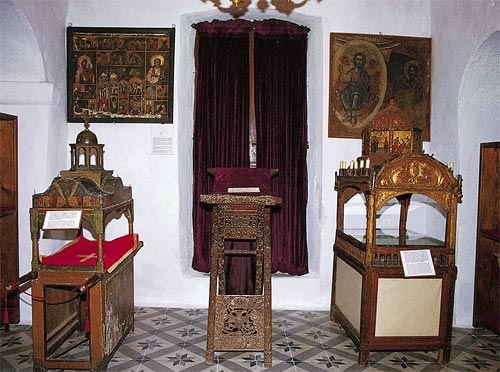 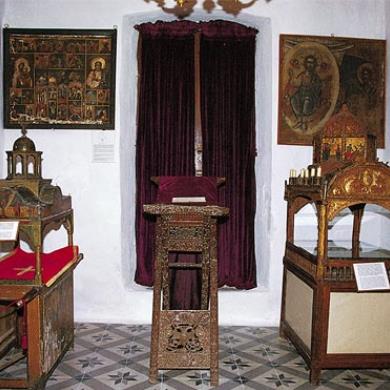 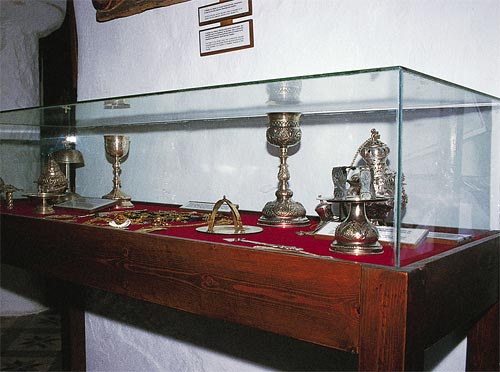 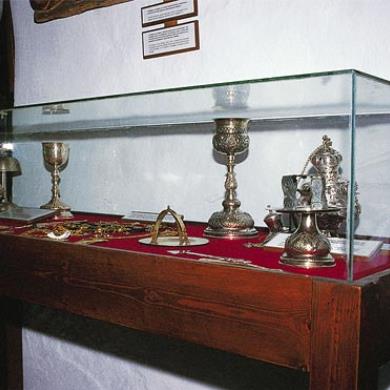 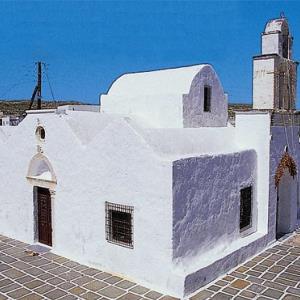 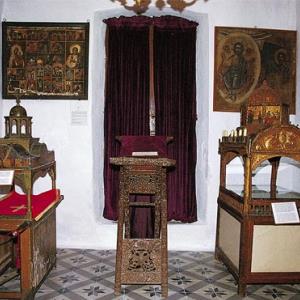 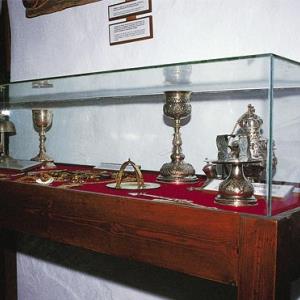