Panoramic view of the village

Municipality's district consul
Address: 34005 KOURKOULI , CHALKIDA , GREECE
Tel.: +30 22270 92066
The village, so called Kourkouli, is a traditional mountainous colony. It is situated at the 3rd km over the axis of the central road of Chalkida-Limni and the foot of the mountain, so called "Dry Mountain", in beautiful fully green with pine trees areas, on inclined plane and altimeter of 400 meters.
It is of panoramic views, when one looks at the horizon of Aegean Sea but also Evoic Bay.
The village was built by the residents of the colony, so called Skoulari, which was situated at a distance of about 2 kilometers from the today's village to the area of Drymona. Its residents were forced to move because of brigands' and corsairs' invasions. The residents, first, gave the village the name "Neo Skoulari". The Turks, however, changed its name to "Kourkouli" meaning "pursued people". So, this name prevailed and has been kept even until today.
This text is cited May 2003 from the Municipality of Elymnies tourist pamphlet. 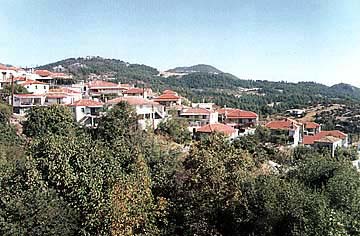 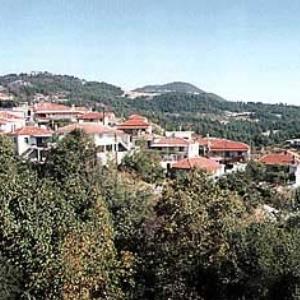